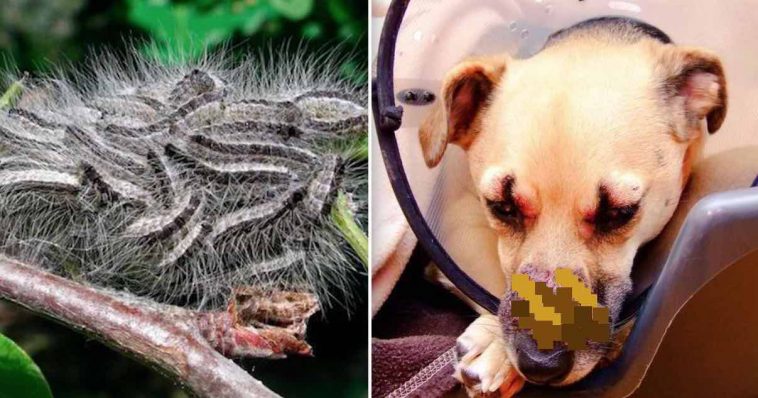 The fuzzy white caterpillar may look harmless, but the oak processionary moth (OPM) packs a toxic punch that can cause severe skin rashes, eye irritation, and breathing issues in humans and can kill dogs.

Health officials in England are warning people “it’s time to be vigilant” after the caterpillars with poisonous setae (hairs) are flourishing this Spring, with large infestations appearing throughout southeast England and in the Greater London area. 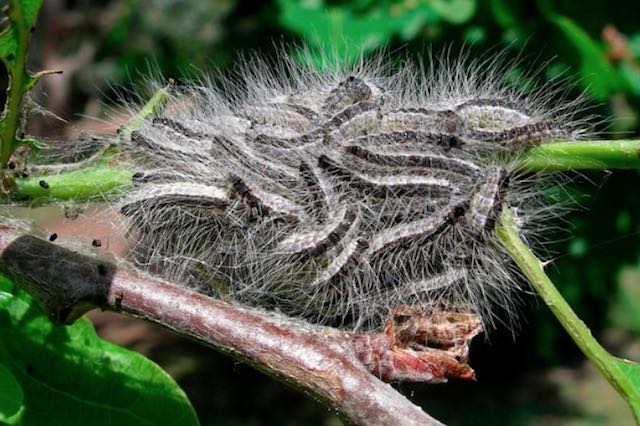 The infestations have also prompted one dog owner to share how his dog Benson nearly died after the dog sniffed one of the caterpillars and became severely injured.

Jack Russell Benson got pricked by one of the caterpillar’s 62,000 hairs, each of which contains the protein thaumetopoein. That protein can cause skin rashes, sore throat, breathing difficulties, and eye problems.

Benson had been exploring a field when he found a strange nest. Within 6 hours, part of his ears, eyes and nose started to swell up and he was immediately taken to the vet.

The caterpillars caused a terrible rash on Benson’s nose and it almost claimed his life. Warning: the photo below is graphic and may be disturbing to some readers. 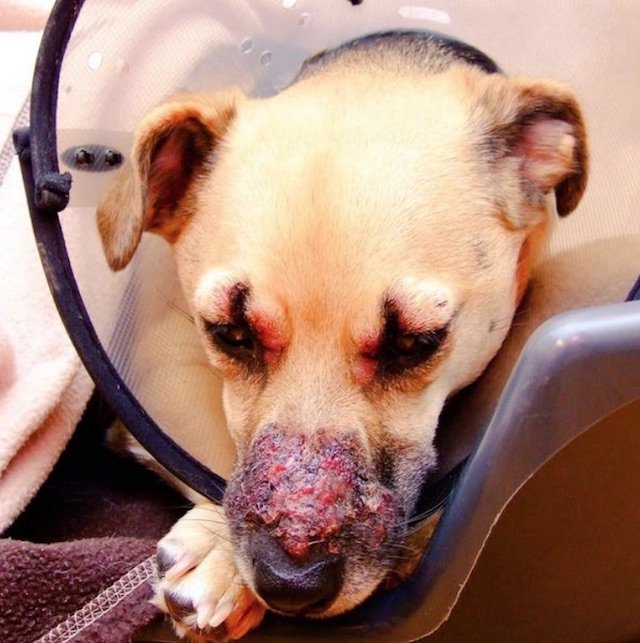 “He was medicated and it took two weeks to recover and then another couple of weeks of keeping it clean and removing dead skin,” Benson’s human told Get Surrey.

Although this photo was taken a few years ago, @CampervanPup shared the photo upon hearing of the outbreak.

It’s a stark warning that the moths also pose a serious danger to pets as well as people.

The oak processionary moths (Thaumetopoea processionea) are widely distributed in central and southern Europe, and are occasionally found as far north as Sweden. In the southern countries of Europe the populations are controlled by natural predators, but these predators do not exist in northern Europe. 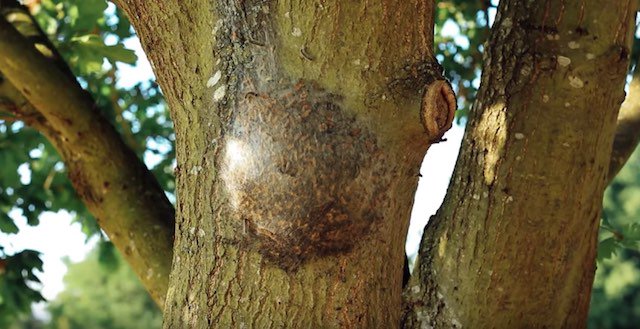 Their range is expanding northward, possibly or partly as a result of global warming. The moth now has an established population in the UK after eggs were imported on oak trees in 2006 and the range of the species in the UK has been steadily expanding despite efforts to eradicate it.

As their name suggests, they are found around oak trees. The caterpillars shed their hairs as a defense mechanism and many of the poisonous bristles can be found in their nests and can be blown into contact by the wind. 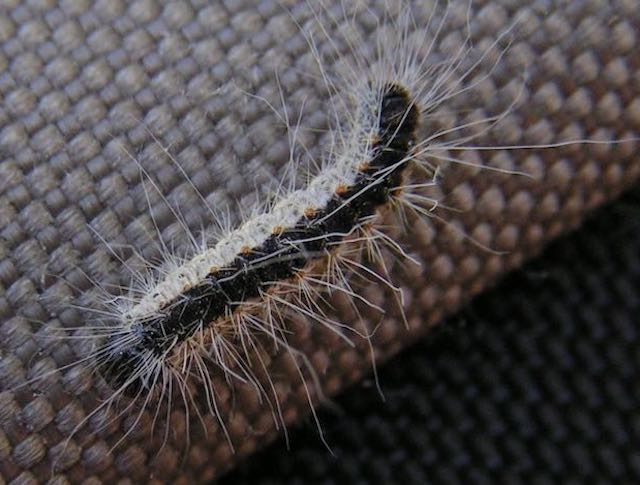 The hairs can be transmitted to the ground and dwell in grass, garden ponds, etc. The toxicity of the hairs remains active beyond the normal life cycle of the moth and in some cases can remain a problem for several seasons.

That’s why the UK’s Forestry Commission warns that if someone spots a nest they should call officials to have the nests removed safely.

The Forestry Commission put out a video on how to identify the nasty caterpillars to help people avoid them.