Size makes absolutely no difference when it comes to bravery. And one pint-sized dog named Starla proved that she’s got a stout heart when she defended a young girl from a group of armed robbers who broke into a home.

It was around 3:00 PM in the afternoon when the two suspects broke into the South Fulton, Georgia home of Dion Ewing. As WGCL reported, at the time of the robbery, only Starla and Dion’s niece were home.

Starla, a two-year-old Yorkshire terrier, heard the commotion and attempted to ward off the intruders. However, her bravery meant that she took several bullets after the callous men shot her in the front and back legs.

However, during this time, Dion’s niece had a chance to escape out through the garage after she received an “alert on her phone about somebody approaching.”

The courageous little Starla didn’t let her wounds stop her from continuing to chase the robbers and keep them from shooting Dion’s niece. 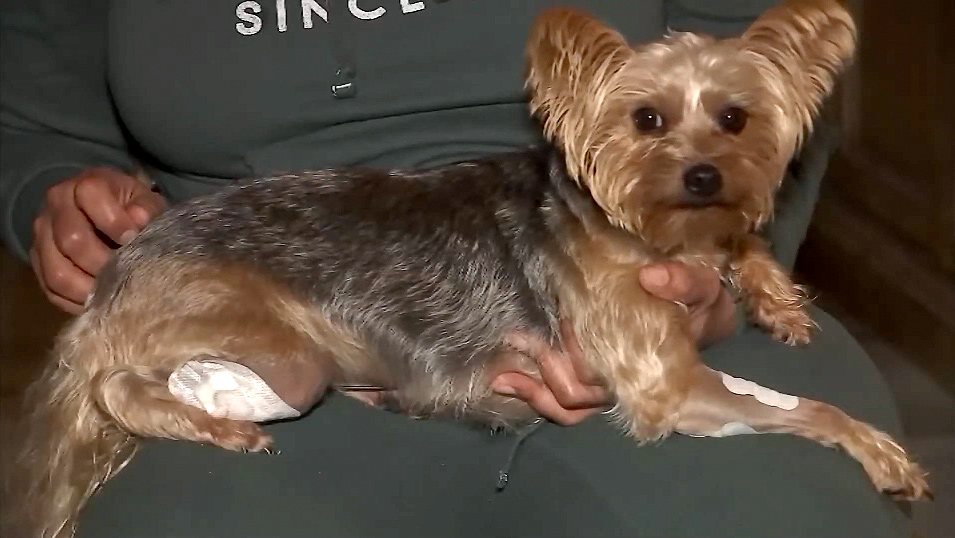 Dion added, “They were chasing her out and the dog was chasing behind them. Even after being shot.”

While Dion’s niece managed to flee the property, the dangerous men were in hot pursuit of her. According to the media outlet, one of the robbers even asked the other one if he should just shoot her in the back! Thankfully, they were never able to follow through with any nefarious intents since Starla’s barking didn’t allow for it.

Instead, these two pieces of human garbage got in their car and left.

“They’re cowards. I think that, you know, if you know anything, please turn them in,” said Dion.