A husky in terrible shape was at a shelter awaiting his horrible fate of euthanasia. The shelter thought he was around four years old and did a skin scrape to find out that he had bad demodectic mange.

Because of his condition, they figured no one would want him, which is why he was scheduled for euthanasia. 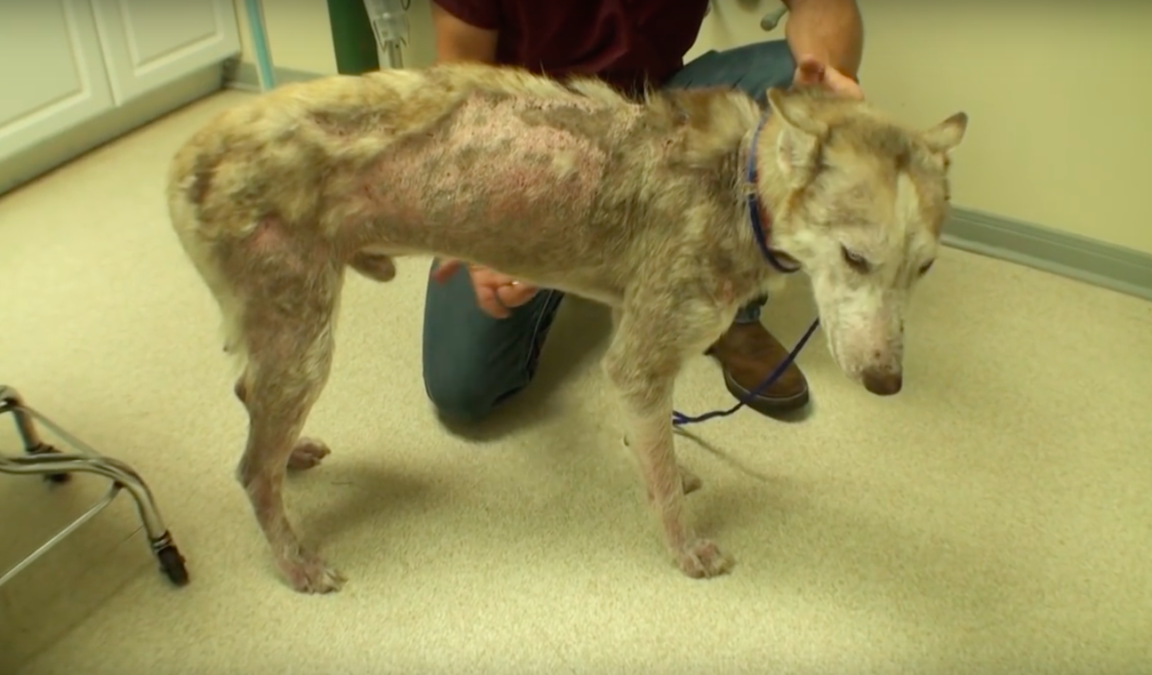 Luckily, Vet Ranch stepped in to save him. It turns out, this pup, who they named Hank, is actually very young, around one to one and a half years old. They began treatment for his mange and gave him special medicated baths. Three weeks later, his skin was already looking much better. The scabs were gone and his hair was starting to grow back. Once he was healthy enough, they neutered him. 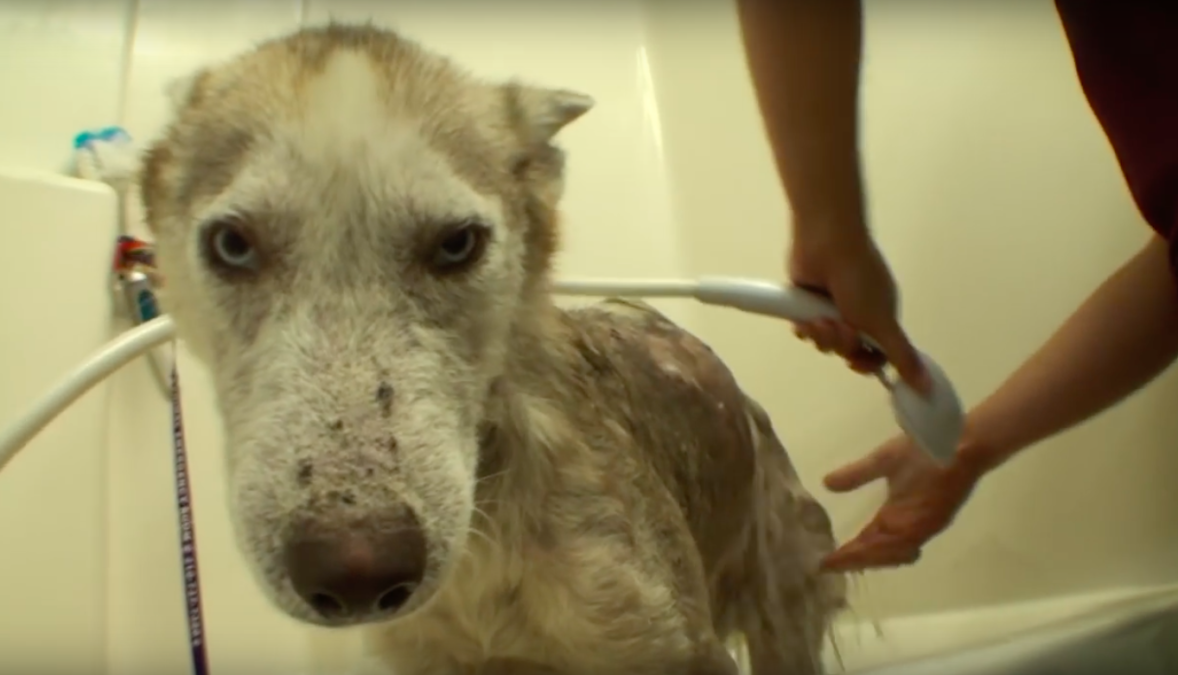 Two months after getting Hank, he was doing great. His hair had grown in a lot more but it’ll still take a few more months to grow back his full, thick Husky hair. Since this video was taken, Hank has fortunately found his forever home! He went from a dog in terrible shape who no one wanted, to this big beautiful happy Husky who now has a family who will show him what unconditional love is for the rest of his life. 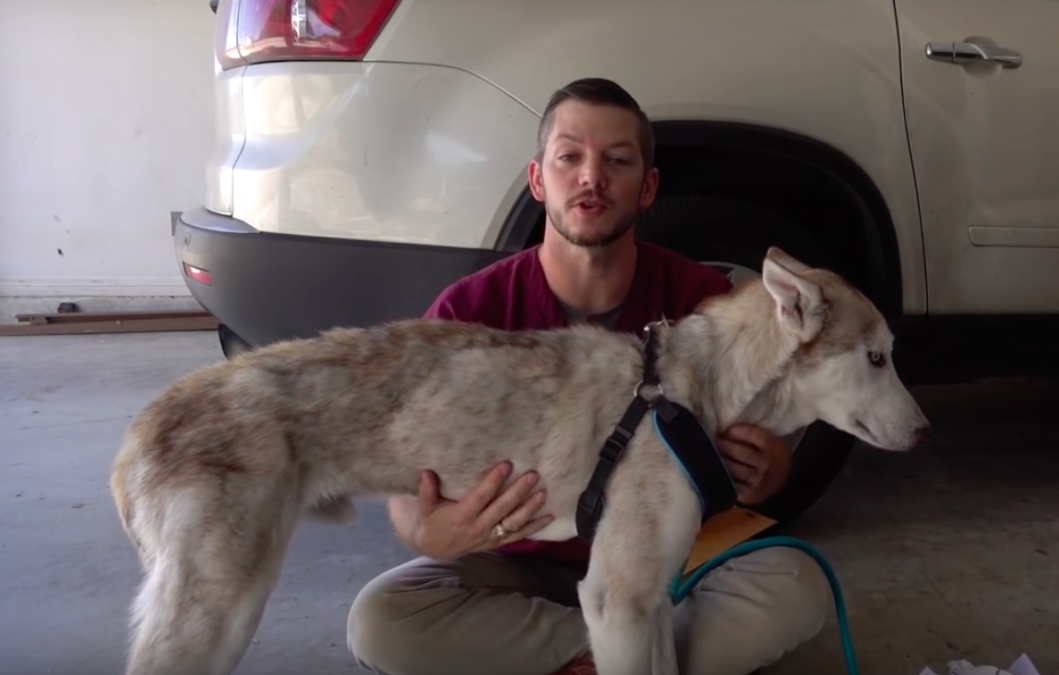 Watch Hank’s journey in the video below. You’ll be in awe of his transformation. He doesn’t even look like the same dog! A big thank you to Vet Ranch for saving Hank’s life!