It’s not a situation anyone here at LWD would be looking to run from, but Patches the Jack Russell mix must feel differently about spas. The little guy flew the coop from a Sacramento, CA dog boarding and spa facility and was on the lam for 12 days before being reunited with his very grateful owners. 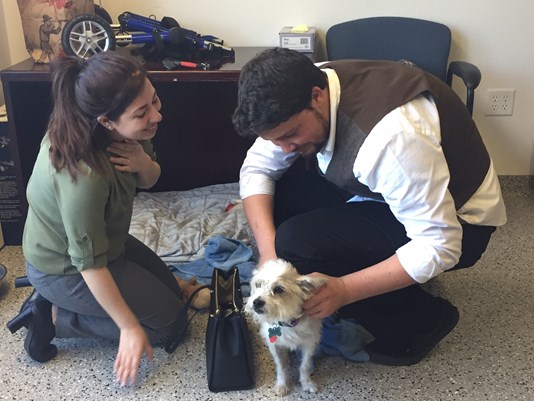 The 4-year-old pooch’s luck turned around after a way-too-close encounter with a vehicle on Thursday morning, after which a good Samaritan motorist came to his aid.

Said motorist was Nathan Cinder, an employee for the Sacramento SPCA.

It was still dark out when Cinder noticed vehicles ahead of him slowing down abruptly and a truck went off to the side. He told the Sacramento Bee he feared a cyclist had been hit, but then saw a small dog.

Cinder said other motorists helped corral the dog, with one handing off a coat so Cinder could pick him up. Patches was still wearing a collar and ID tag, so immediately they knew the dog had a name and an owner. Upon arrival at the SPCA, a microchip gave staffers the rest of the information they needed to get Patches home safely.

“Hi baby. Hi baby,” tearful owner Roxanne Ullman said as she embraced Patches, the rescue dog she adopted when he was 3 months old.

“I’m so grateful to have him back,” Ullman said. “I was trying not to give up hope the entire time.”

Ullman, who was visiting Sacramento for a wedding last month when Patches went missing from a pet day care and boarding facility, had been distraught, but cautiously optimistic since. The search has been on for the dog as Ullman and fiancé, Brian Cudahy, put up fliers and posted on social media in an attempt to find him.

The vet who treated Patches on intake found the dog had a minor pelvic fracture, which should heal well with rest. Despite that and a few scrapes, Patches is in good condition. Vets noted that he had food in his stomach, so someone either fed him or he found food on his own.

Ullman had arranged for Patches to stay at the Sacramento Pet Resort and Spa, at which he was dropped off on Oct. 21. Cudahy said he called about 10 a.m.. the following day to check on Patches and was told that staff members would have to call him back. When he received a return call about a half-hour later, he was told Patches was missing.

They were told that while in a play enclosure with other dogs, a fight broke out between two of them. While staffers were handling the scuffle, Patches escaped through a small gap in the fence.

The business had offered a $1,000 reward for Patches’ return, and pet resort owners delivered the reward to Cinder on Thursday, said SPCA spokeswoman Dawn Foster. 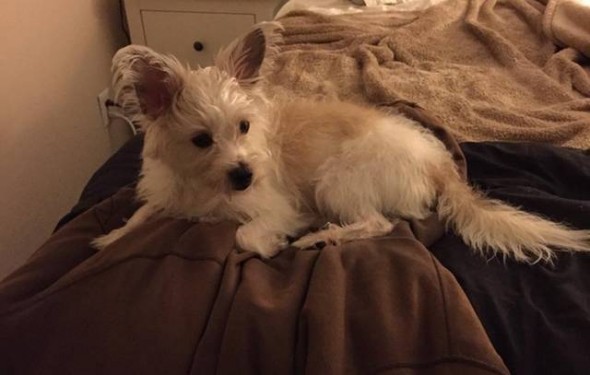 SPCA staff members were able to reunite Patches with his owner because he had both a collar with identification tags and was outfitted with a microchip, SPCA reps were quick to point out. They urge pet owners to microchip their dogs and cats, noting that the SPCA provides the service for $25.