Dog owners Kelly Thomas and Ted Kupserman never thought they would see their eight-year-old Shepherd Lab mix named Bear again. The dog got lost on July 2012 after being involved in a car accident, however, three years later the dog and his owners were reunited thanks to animal lovers and dog rescuers Stephanie Sparks and Kera Ketcher Bagwell. 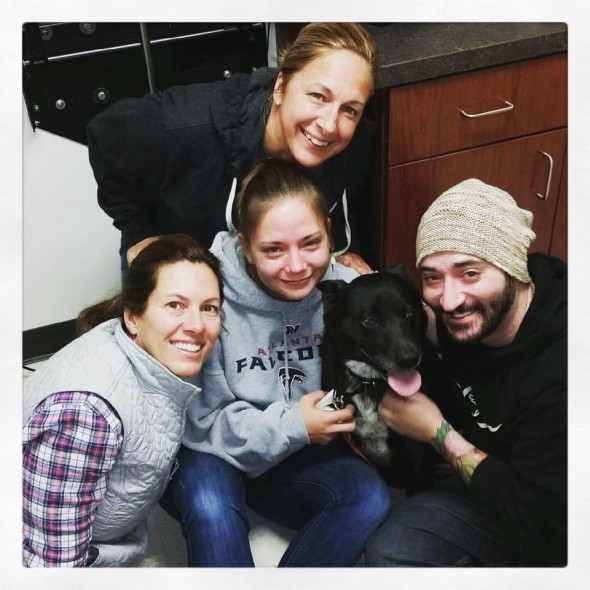 Bear reunited with his family after being lost for three years. Photo Credit: Stephanie Sparks

On July 2012, Kupserman was driving his car and Bear was with him, unfortunately they were involved in a car wreck along the 120 Loop near Marietta, Ga. The dog who was afraid of loud noises, got spooked and ran away when the car door was opened. Thomas and Kupserman searched for their pet, posted fliers and even sent out mass mailings with “Lost” fliers, but after six months of search and no Bear in sight, the pet owners believed someone had found the dog and kept him 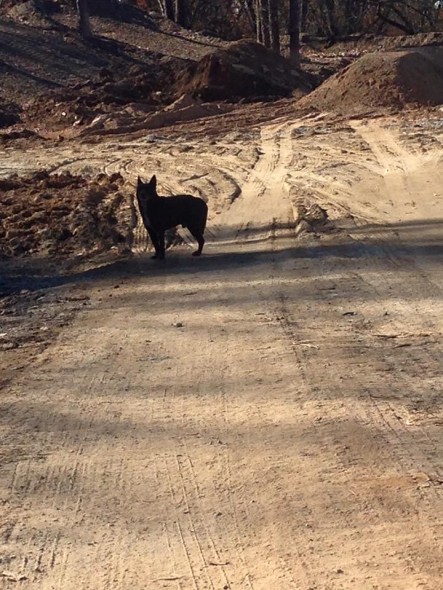 Little did the owners know Bear never wandered too far from the car accident scene. The dog took refuge in a nearby junkyard and he spent his time waiting for his humans to come find him.

Sparks and Bagwell learned about the junkyard dog two years after the accident and spent 13 months working to gain Bear’s trust. On November 22, 2015, they finally rescued him. 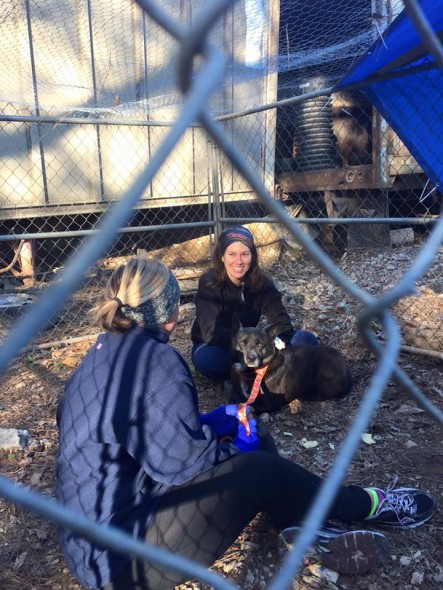 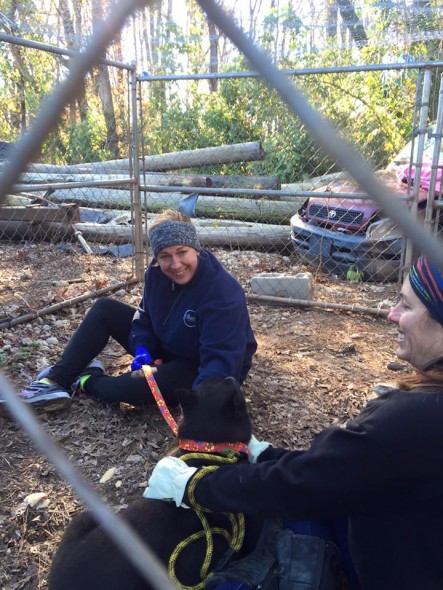 Since spotting the dog, the women took turns feeding him. Not knowing his name, they called him “Cornbread” and visited the junkyard every day, spending hours sitting on dirt roads, throwing treats and trying to establish a connections. Sparks was able to get Bear to eat from her hand a few times, when whenever she tried to place a leash around him, the dog would get spooked and run away.

During those 13 months the women rescued four other dogs, and witnessed how many irresponsible pet owners would come to the junkyard to dispose of their pets. Now, thanks to the two rescuers and the help of junkyard workers, the dogs toss there have a chance to find better lives.

Two weeks before Bear was rescued, Sparks and Bagwell consulted with renowned dog rescuer Eldad Hagar. He told them that in order to rescue the skittish dog they should build him a large dog pen where Bear would get used to eating. Once he got accustomed to his new routine, the women could try to trap him inside the pen. And just like that, two weeks later after speaking with Hagar, Bear was trapped. 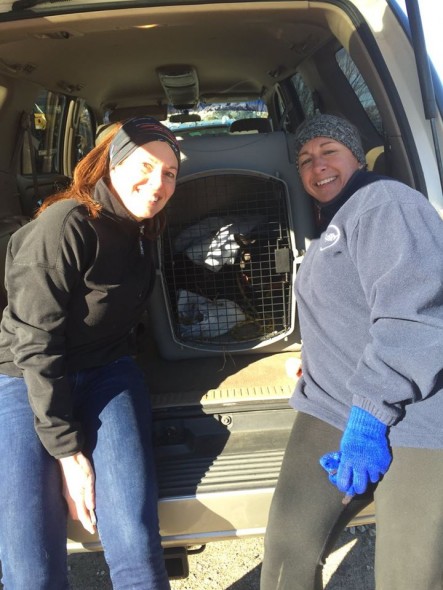 Sparks always hoped the dog would be microchipped, she wished nothing more than to reunite him with his family, however she secretly thought that if Bear had no chip, he would become a permanent member of her family.

Once rescued, Bear spent the day with Sparks and her family, he decompressed and enjoyed the company of humans around him, the next morning, the dog was taken to Veterinary Clinic West where he was scanned for a chip. One was found and his owners, Thomas and Kupserman, were contacted.

No one knew how Bear would react to meeting his owners three years later. Sparks had always know the dog to be a little reclusive. At the junkyard he was a loner who didn’t socialize with humans or the other dumped dogs, his only friend was a rooster. However, the dog came to life and leaped forward to greet and kiss his humans as soon as Thomas and Kupserman walked through the door.

“I was in the room protecting Bear,” Sparks told us. “I was hesitant he wouldn’t like them [his owners]. He was lying down and sat up when [Thompson] walked in. She walked in crying and not even 30 seconds later, Bear sat up and started jumping for his owner. His tail was not tucked in anymore and his entire body was wiggling. When I saw him do that I knew he was home. I knew he was loved and they loved him.” 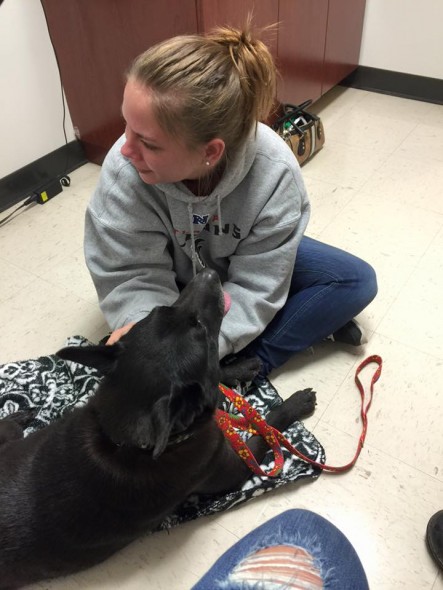 Bear spent three years near the accident area hoping to reunite with his owners. “If they had ever looked up, they would had seen him up on the junkyard’s dirt hill,” said Sparks. The good news is that Bear is now back home where he belongs with his humans.

Sparks and Bagwell are not affiliated with any registered rescue organization, and even though they depend on their own means to help abandoned dogs, they continue to help unwanted area dogs. If anyone wants help fund their efforts, they can make a donation to The Veterinary Clinic West located on 1100 Old Dallas highway, Marietta, Ga. You can call 770/424-5484 and donate to the Sparks-Bagwell Rescue account.