Payaso (Spanish for clown) spent two days trapped in a river but lucky for him, animal lovers spotted him. Within 40 minutes the pet was rescued and found a forever home.

On Nov. 22, 2015, the dog that spent two days barking, calling out for help in El Salvador’s Arenal River, near the town San Miguelito, was rescued after local residents contacted authorities. 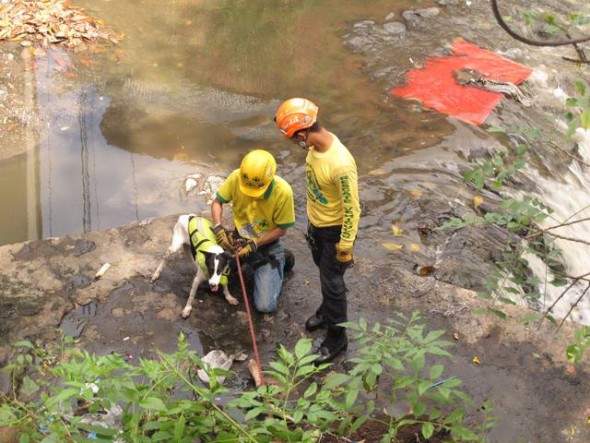 According to ElSalvador.com, the river runs deep below a bridge and the area is not easily accessible. The dog spent most of the time in the water without any food, but he somehow climbed up to a rock he used as shelter and it was there where rescuers found him.

Animal lovers heard the dog’s barks throughout the weekend, but it wasn’t until Sunday morning when they found the dog. Authorities were called and rescuers equipped with a pet vest climbed down to the area to secure and rescue the dog. 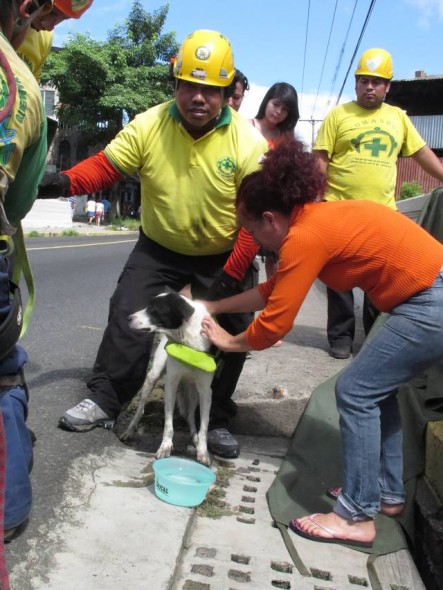 Carefully, rescue team members hoisted the thirsty, hungry, scared but friendly dog out of the river.

A woman and avid animal lover heard about the dog in the river and rushed to the scene. She volunteered to adopt Payaso and keep him as loved family member. Now, the dog that once had no one or safe place to call his him has a loving family.