Sassy, a six-year-old Pomeranian, was outside in the backyard with her three canine siblings. When their owner, Barbara Dawson, called all of her dogs inside, Sassy was nowhere to be found. She checked the perimeter of the fence and saw no holes, and the fence was much too high for Sassy to get over. She then thought that someone dog-napped her precious pup.

Devastated, Dawson searched the neighborhood with her kids and grandkids, putting up flyers and posting on social media. They feared that they’d never see their fur baby ever again, but they remained hopeful. 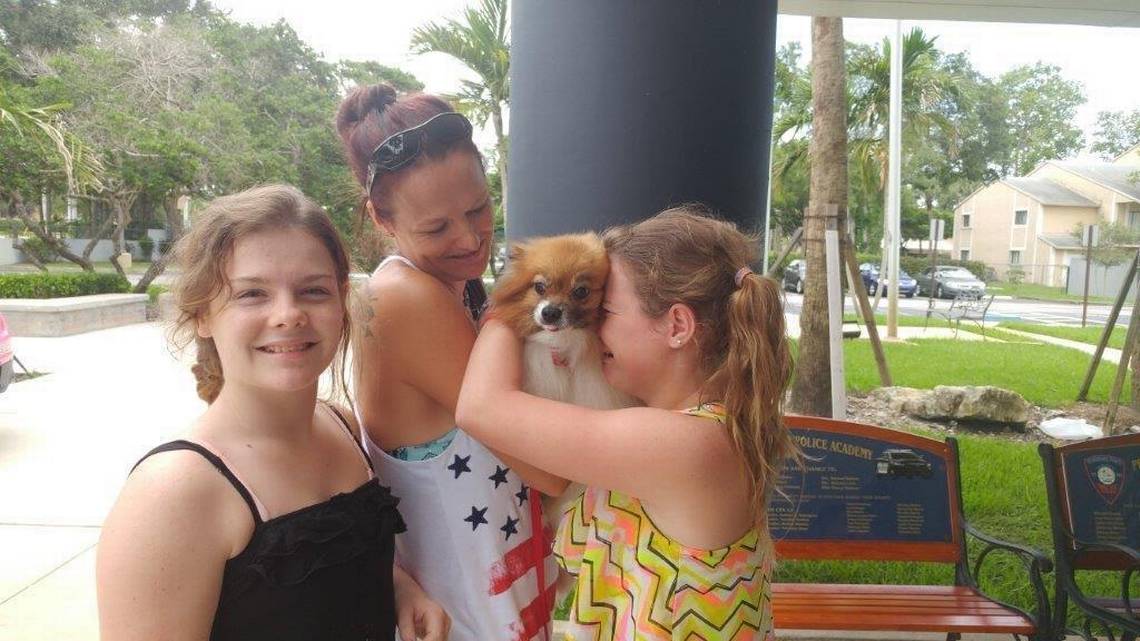 Five months later, a Pines police officer who was on his way to a call, saw Sassy on the side of the road, which was 200 miles away from her home. The pup was very friendly and tried getting into the cop car. Of course the officer knew he had to help. Luckily, Pines police have a microchip reader, so the first thing the officer did was scan for one.

Thankfully, Sassy had a microchip! He contacted Sassy’s family who was beyond ecstatic at the news. They cried tear of joy and were shocked, yet relieved, to hear the great news.

Dawson’s daughter drove three hours to South Florida to pick up Sassy. Once Sassy was home, she was reunited with her doggy siblings, along with her human family.

It’s unknown how Sassy managed to get 200 miles from home, but what matters most is that she’s now safe and reunited with her family.