You may have heard the story of Molly, the Pit Bull who was struck by an Amtrak train, which went viral in January. Now, the pup–and her humans–have helped put the rescue who saved her in the running for some serious grant money.

Molly’s story is nothing short of miraculous. As a stray in Baltimore, she had ducked into a tunnel just as an Amtrak train was about to speed through. The conductor couldn’t stop the train in time, and they thought for sure that this poor pup would meet her end. But somehow, she survived. She lost one of her hind legs, but with the help of the Baltimore Animal Rescue and Care Shelter (BARCS), she pulled through.

And the best part? Molly was adopted by Officer Kevin McMullen, who was the first to arrive on the scene, along with his girlfriend, Claire Giambi. 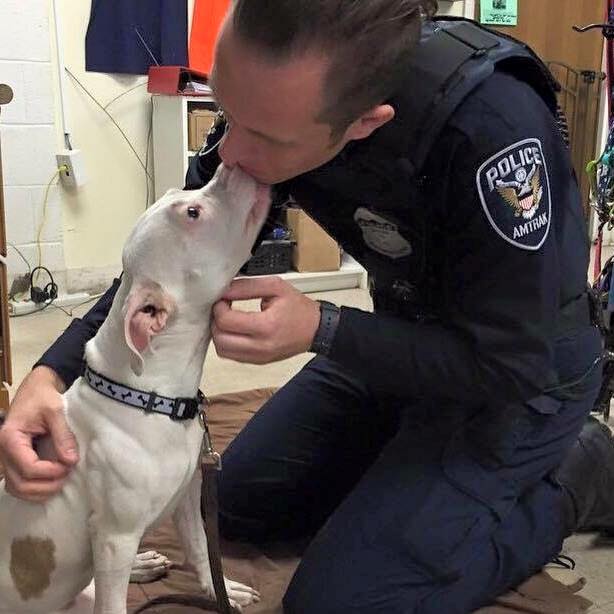 Vote for “Miracle” Molly, help BARCS win $25,000 to save more homeless pets: We are so excited to be finalists for Petco Foundration’s Holiday Wishes grant campaign, through a letter submitted by Claire Giambi and Officer Kevin McMullen.

Many of you already know Molly’s story—the tiny pit bull who survived getting ran over by a train—when it went global in January. But did you know just how strong the bond is between Molly and her daddy, Kevin, the officer who saved her life?

“BARCS let Kevin visit Molly while she was recovering. After one of his visits, I asked how she was doing. As he spoke, his eyes filled with tears, which is something I had never seen him do in our six years of dating,” Giambi wrote in her submission story.

McMullen and Giambi are in love with their sweet Molly. And as a way to thank BARCs for assisting in her recovery, Gambi submitted her pup’s amazing story to the Petco Foundation’s Holiday Wishes campaign. 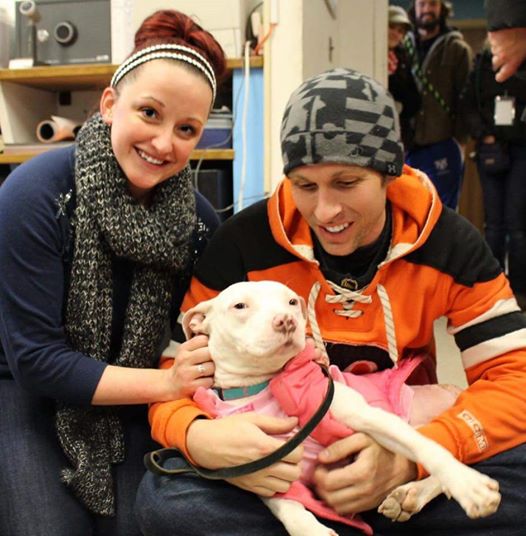 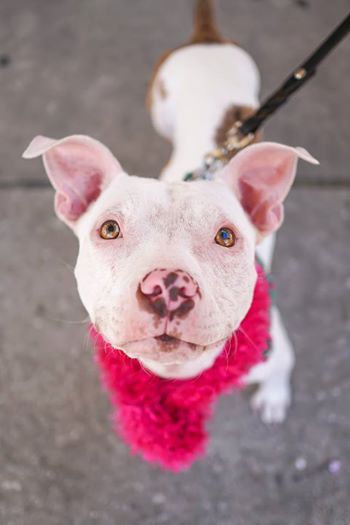 Whiskers & Wine Label Contest: VOTE HERE! Voting is tallied by “likes” or “loves” on the individual photo. Only likes within the Whiskers & Wine contest albums will be counted.

If you share the photo to your personal page, and people “like” your “share” or post, the likes will not be counted (because FB will not carry them over, and so therefore we can’t see them!).

But there’s another chance for these rescues to win even more life-saving funds! People can read the finalists’ stories and vote for for their favorite to win one of five People’s Choice Awards! One organization will receive an additional $25,000, two will get $10,000, and one wins $5,000.