In Springfield, Missouri, a black Labrador retriever stuck in an underground culvert for eight days has been rescued and appears to be doing fine. 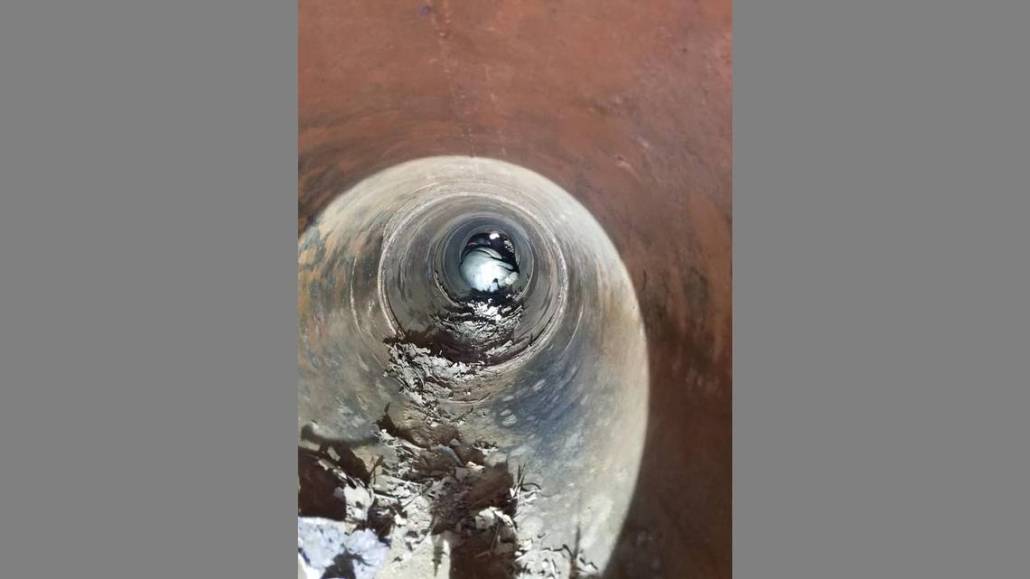 According to the Central Taney County Fire Protection rescue crew, it seems  the dog named Jack likely became stuck when he tried to turn around. The Springfield News Leader reported  Jack’s owners told the local fire department that the dog had disappeared more than a week ago — and on Wednesday a family member heard whimpering while checking the mail. When firefighters arrived, they had to dig out a section of the homeowner’s driveway using a special saw to cut through the metal pipe where Jack was stuck. On the organization’s Facebook page, Jack’s rescuers told the story of the portly pup who decidedly erred in his judgment:

“Central Taney County Fire Protection District
Crews responded to the needs of this fine dog Jack. Jack decided to get himself stuck in a culvert possible 8 days ago. The owners found him today and called to see if we would help. We responded with 1 Engine, 1 Service truck and 6 personnel. Upon arrival we found Jack to be about 8ft in a 15ft culvert and stuck. As you can see we dug the driveway just past Jack, used a cutoff saw to cut the culvert, made a hole with the jaws of life and out popped Jack. Jack waz weak, so we had to assist him out. He was given some water and a minute to rest before the family to him home to his favorite bed. It appears Jack will be fine. We would like to thank the Taney County Animal Control for responding. We would also like to thank the Taney County Road & Bridge for responding with a backhoe. I imagine Jack is very appreciative also.” 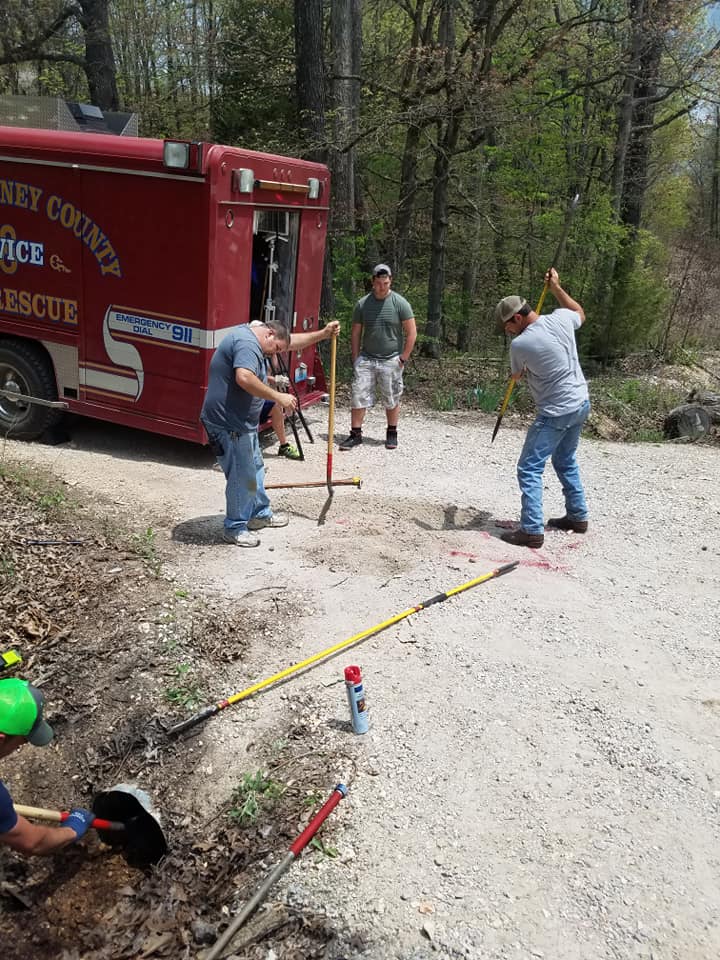 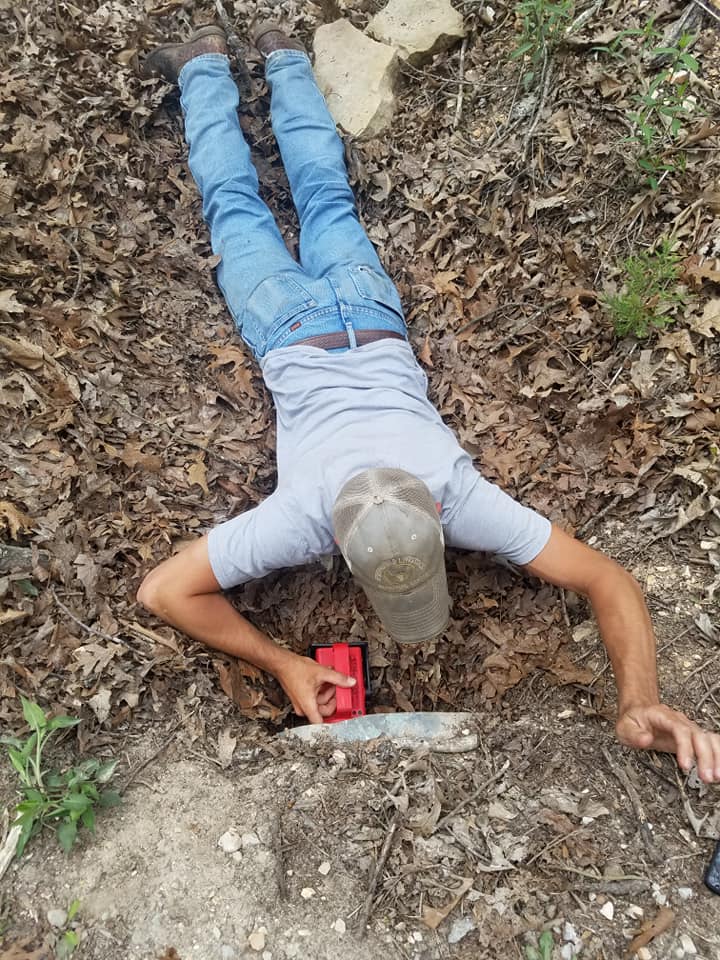 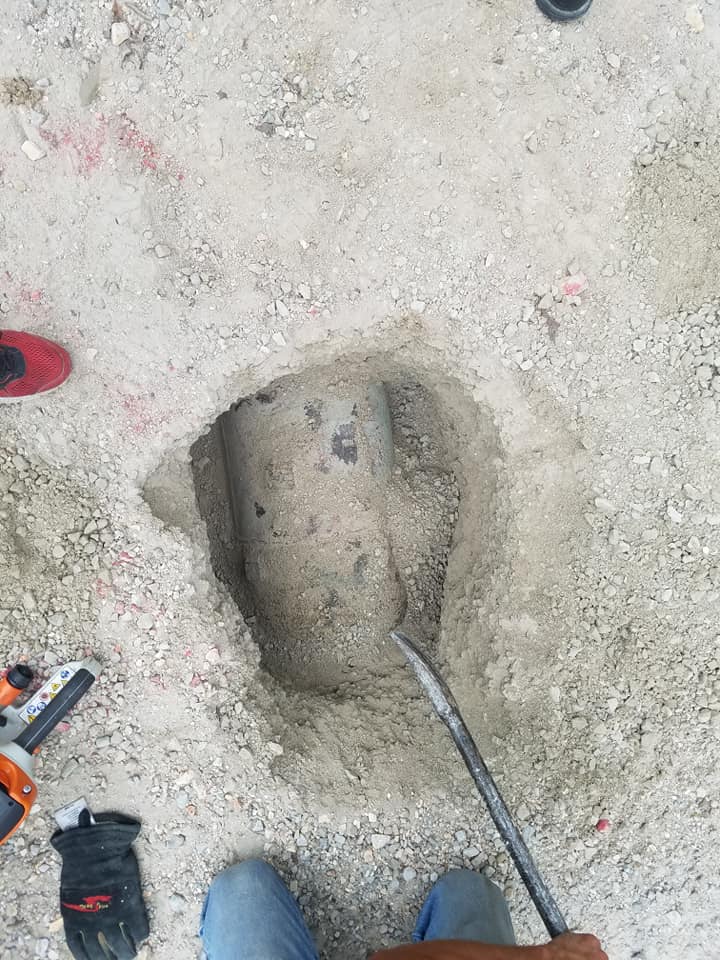 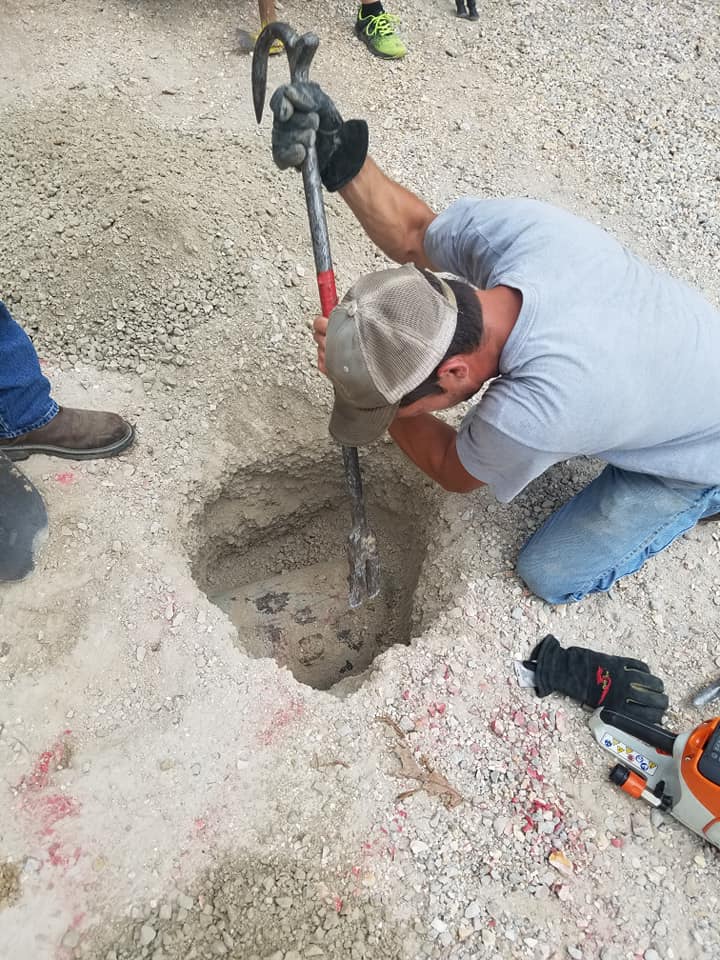 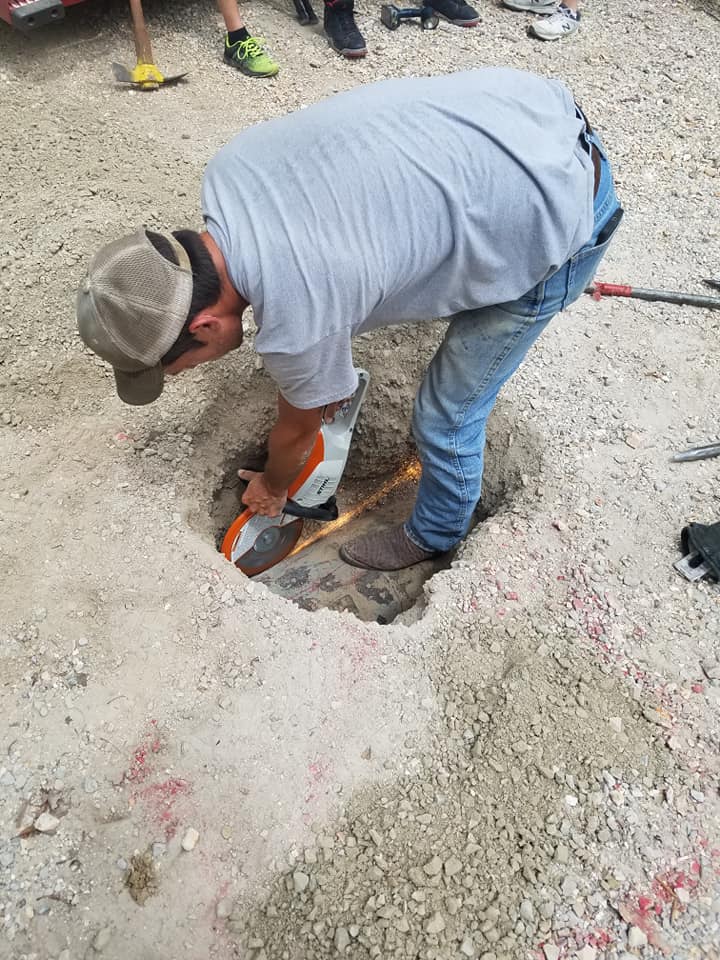 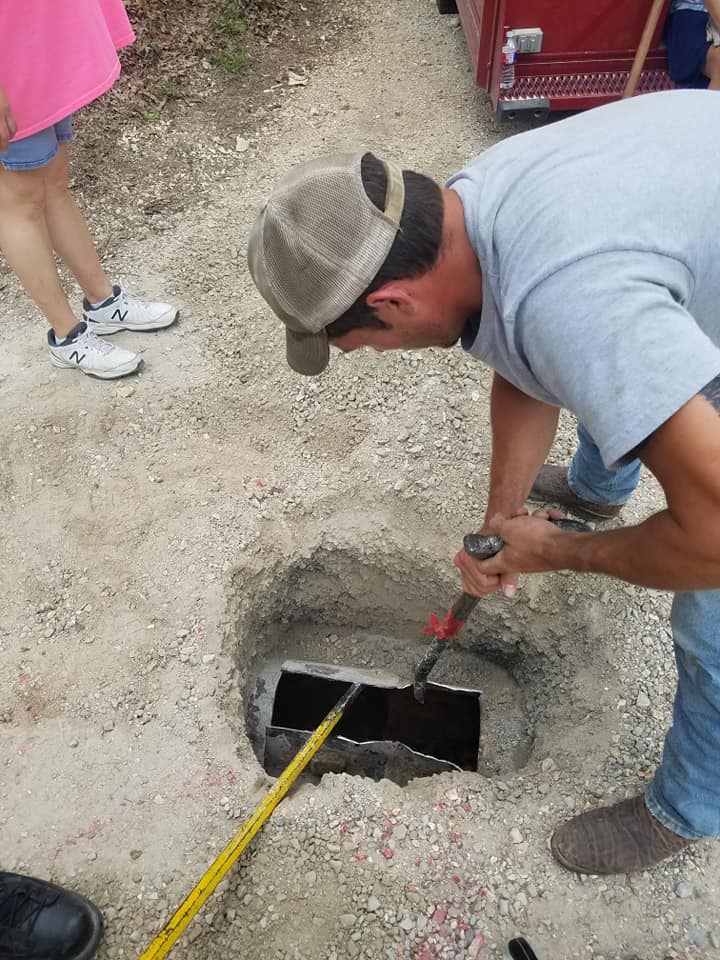 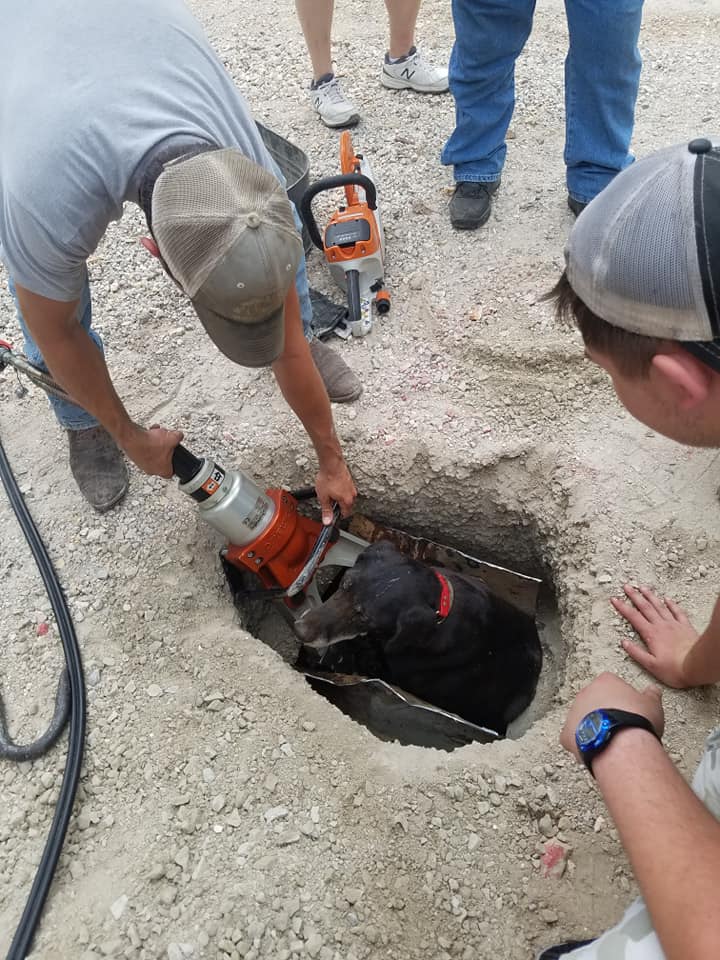 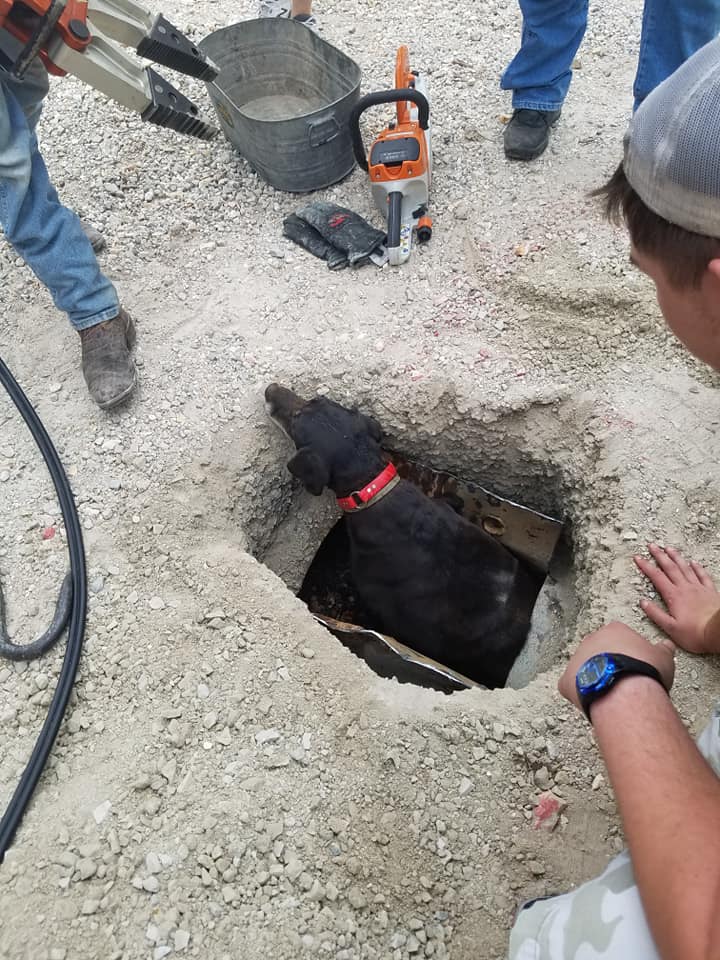 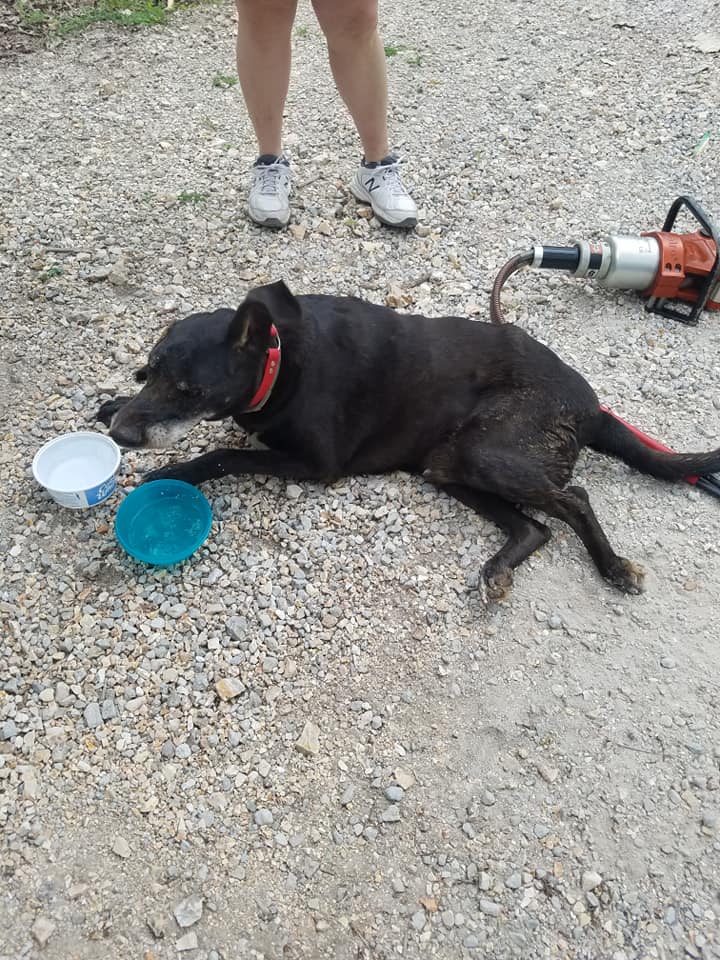