Saving Callie’s life was a group effort, however no one involved was willing to give up on her.  Not one of them.  It took the work of the Chicago police department, an animal rescue organization, a suburban vet clinic and a generous benefactor, but Callie is expected to make a full recovery. 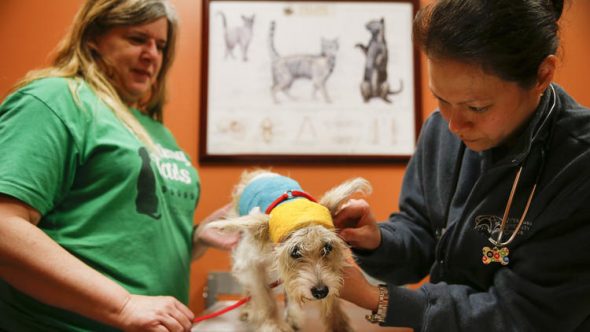 According to reports, Callie was thrown out a third-story window.  Police say that they were answering a domestic disturbance call in Lawndale, and when they arrived on-scene, they first thing they saw was Callie lying in the street almost completely unresponsive.  She suffered a fractured neck, ribs and pelvis, but rescue teams got her to the Chicago Animal Care and Control clinic just in time and she’s expected to make a full recovery. 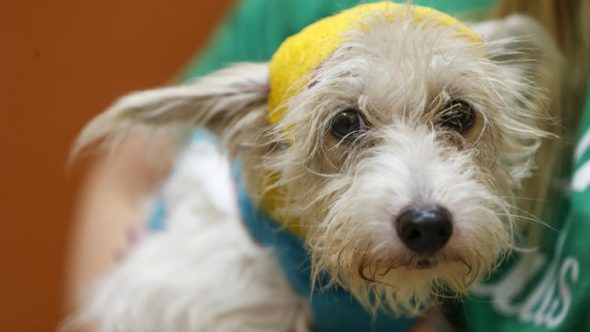 “She was still very sweet and very friendly.  I was petting her and she was still wagging her tail,” said Sgt. Michael Tews.  Tews is a dog owner himself.  “It made my day when I learned the dog was going to be OK.”

After being stabilized at Animal Care and Control offices, Fetching Tails Foundation stepped in to help out with Callie, too.  Fetching Tails Rescue saves special needs dogs and attempts to re-homes them.

“She has the sweetest little soulful eyes,” said Fetching Tails co-founder Kristen Gottschalk.  It was Gottschalk whom named Callie.  “She’s definitely a fighter.”

Police have arrested Melvin Coleman on suspicion that it was he who threw Callie out the window.  Coleman had been in an argument with another man in an apartment building who owned the dog.  It’s alleged that Coleman threw the dog out the window causing the dog to almost die.  Coleman denies being the one who threw the dog, and the matter will be going before a judge next month.