Hope For Paws, an animal rescue organization, received a call about a starving stray dog that had been living in the mountains. Animal Control tried to get ahold of her many times, but they were unable to catch her.

The poor pup was extremely malnourished and suffered from alopecia. Hope For Paws rescuers knew they had to find this pup and do something to help her as soon as possible. Once they found her, they had to find a way to lure her in. 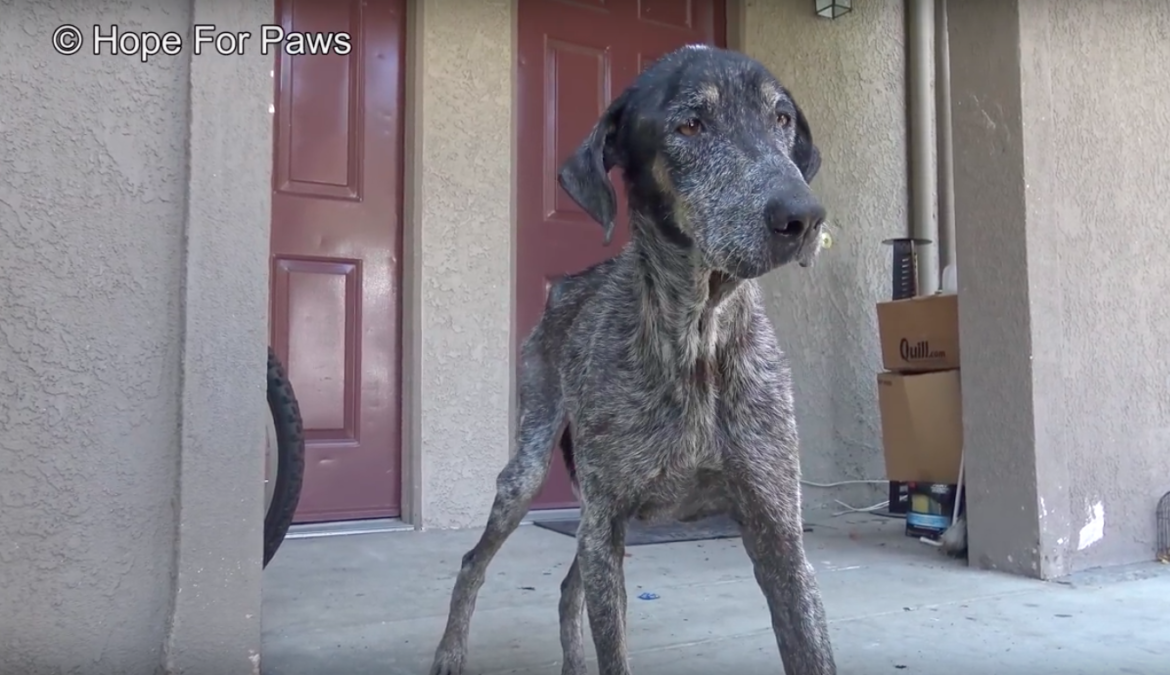 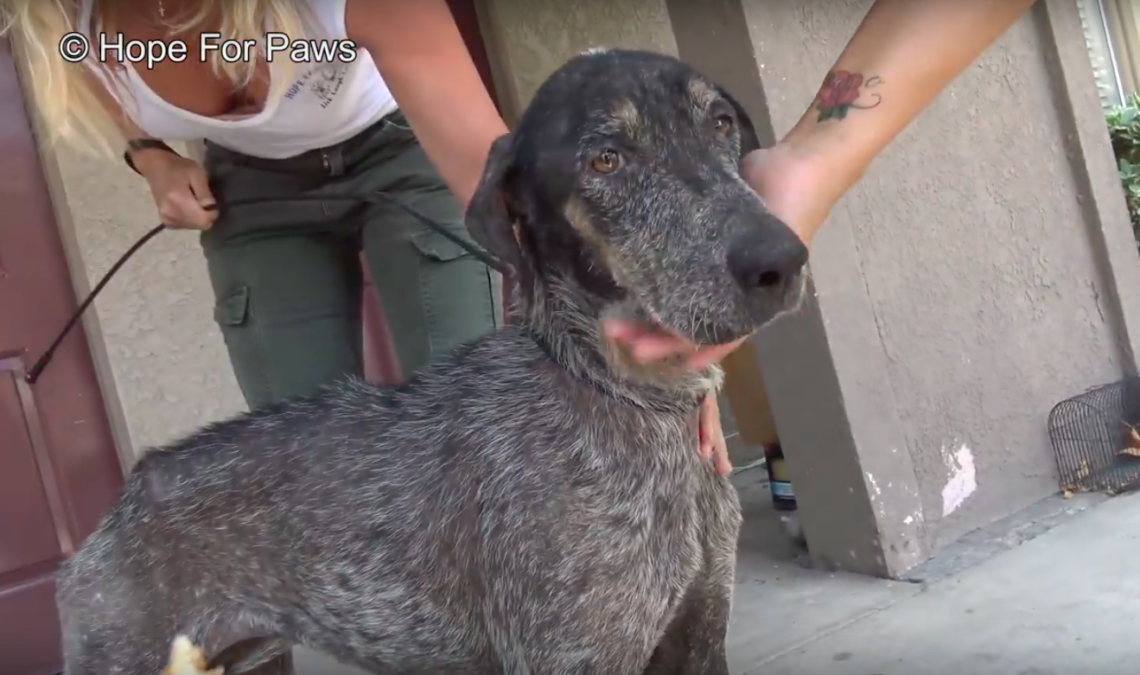 At first she was startled, but it didn’t take long for her to calm down and realize that these people were here to help her, not hurt her. She happily ate the rest of the cheeseburger and then rescuers brought her into their car to take her back to their rescue center. They decided to name this sweet pup ‘Edna.’ 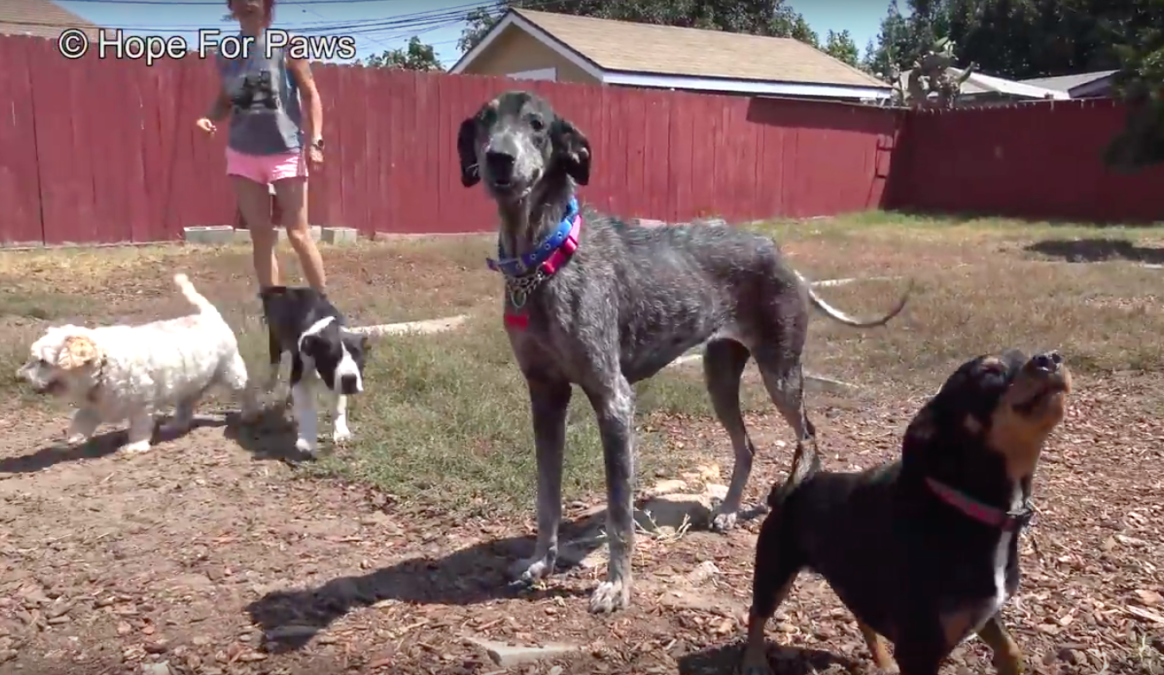 The first thing they did was scan Edna for a microchip to see if she belonged to anyone or if she was truly a stray. It turns out that she did have a chip! Rescuers learned that her original owner had given her to a new family, and the new family told her first family that she had died. Her original owner was relieved to hear that she was still alive, but sadly they still didn’t want her, and asked Hope For Paws to find her a good home. 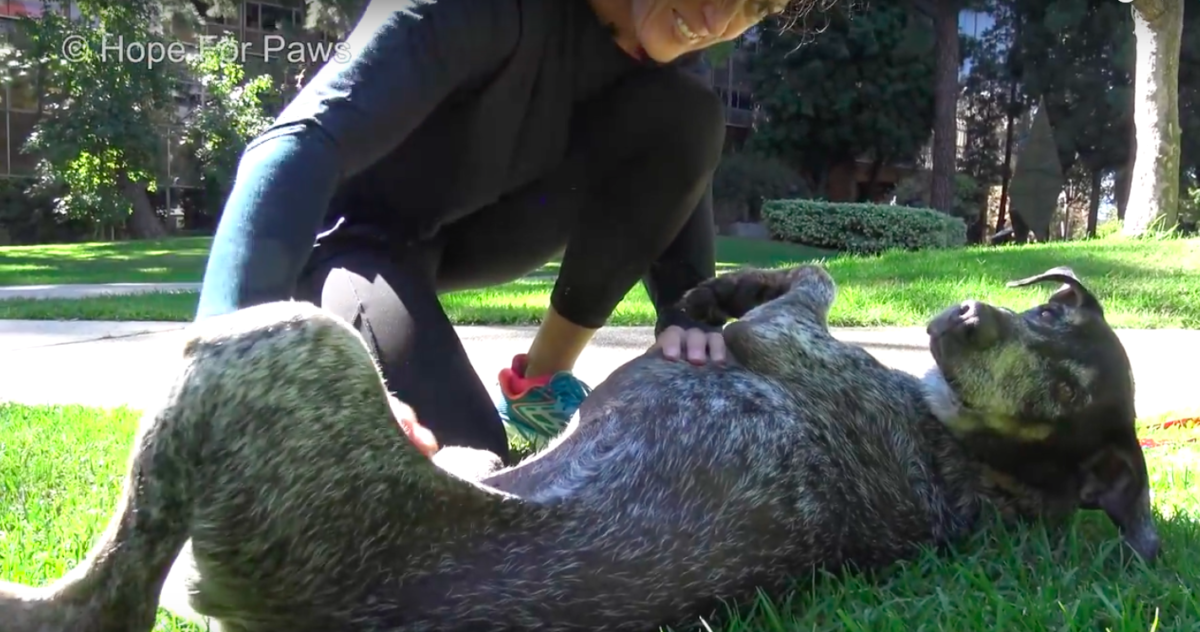 Edna was then placed in foster care and got to meet many new doggy friends just like her. A few weeks later, Edna found her forever home! Thanks to Hope For Paws and Doggie 911, Edna got a second chance at life. She was once a emaciated stray fending for herself on the streets, but now she is a happy and healthy dog who has a family that will love her unconditionally.