Earlier this month in South Carolina, a puppy named Callie was thrown out of a pickup truck. She soon found her way into the arms of Heidi Schermerhorn-Wagner, founder of Boxer Butts & Other Mutts.

Animal control officers picked this puppy up off of the road after witnesses saw her being tossed out of a truck like trash. That’s when Heidi Schermerhorn-Wagner stepped in. 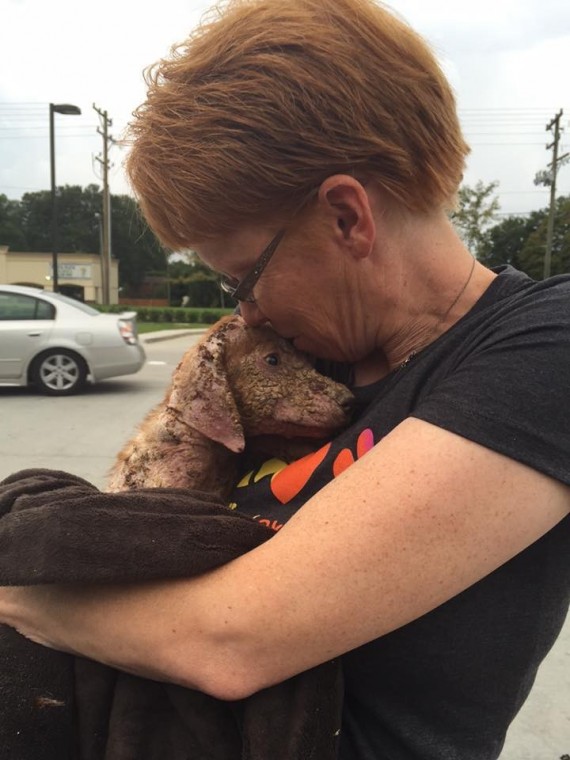 Heidi, founder of Boxer Butts & Other Mutts, saw the dog’s picture and wanted to pick her up that day. But there was a five-day stray hold on her despite the fact that she was so cruelly abandoned. 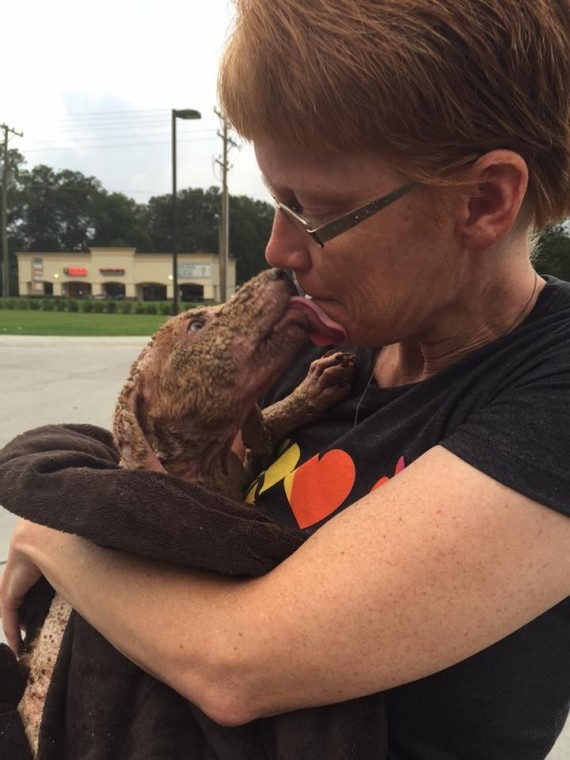 Callie went from being unwanted to loved just like that. But the organization’s vet said the dog had the worst case of mange he’d ever seen. With deep wounds and a severe skin infection, it’d be a while before she could live a normal life. 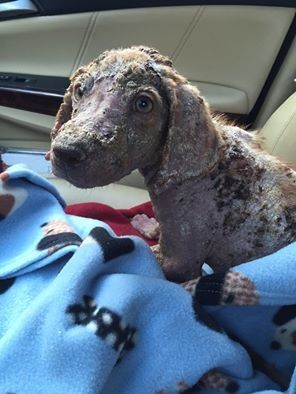 At first Callie would just lie around, but with ongoing medical care, she’s now able to run around a little bit. She’s just trying to learn how to be a puppy. 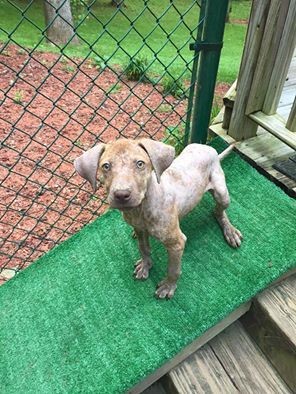 Who will be the lucky family to bring this little warrior home?