In 2012, Pudsey and Ashleigh won Britain’s Got Talent with their charm and skill performing a series of wonderful shows. The trust and love between the two was clear to see and they went on to great success together.

A year after winning, Ashleigh got puppy Sully, who she says learned everything he knows from Pudsey. A few years after that and at 11 years old, Pudsey suddenly slowed down. Ashleigh was heartbroken to learn that Pudsey had gotten cancer and he faded away quickly. 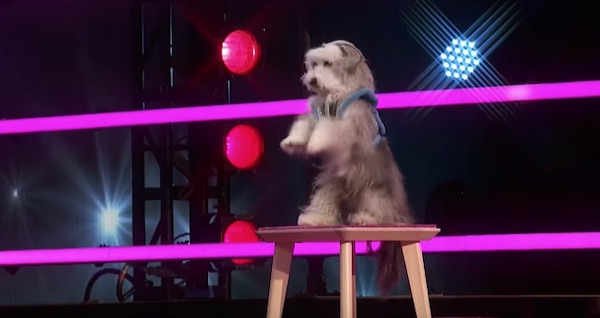 So it’s with a few tears and memories that Ashleigh stands on the Got Talent stage again – this time for America’s Got Talent: The Champions.

Sully has never performed in front of an audience this big, says Ashleigh nervously, and although she didn’t win Britain’s Got Talent with Sully, maybe she could win this competition with Sully.

As she tells Simon, “It’s Sully’s time to shine.”

The two put on a charming “wresting” show and have the audience cheering like crazy. 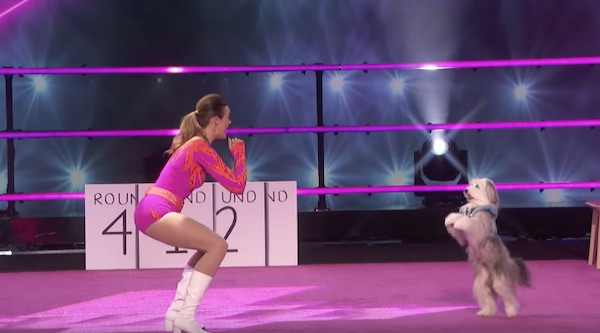 And Simon was grinning from ear-to-ear. And although they “fight” on stage, it’s clear to everyone watching how much these two love each other.

Watch their fun performance in the video below.