A Pit bull, now named Toad, was taken in by Heading Home K9 Rescue four years ago. Toad had a very bad infection, and scarring and tumors in his ears due to a previously poor attempt to crop them when he was younger.

He also has food allergies which caused him so much itching and discomfort. He got so bad that he couldn’t even sleep. Toad wound up having seven surgeries to fix his ears, but thankfully he recovered well. 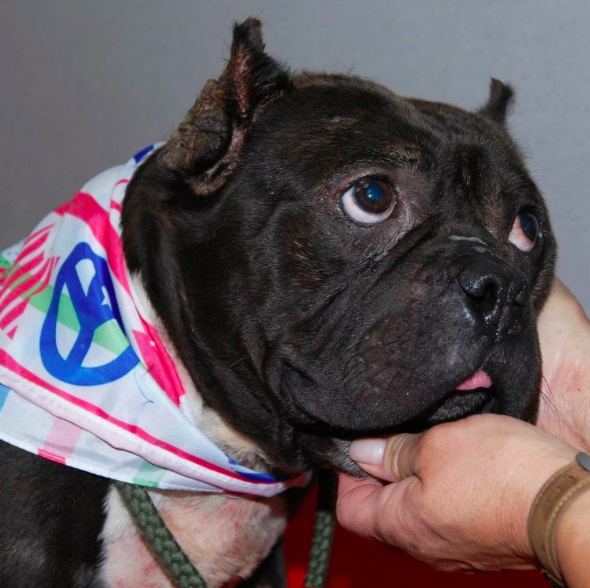 Today, he is now six years old, and has since been adopted! He lives with his two dads, Peter and Kyle, and his doggy brother, Hank. Toad is absolutely loving his new life and is now so spoiled! Peter and Kyle do the best job at taking care of him, and he is given a special diet so he no longer has to worry about his itchy and painful skin issues. 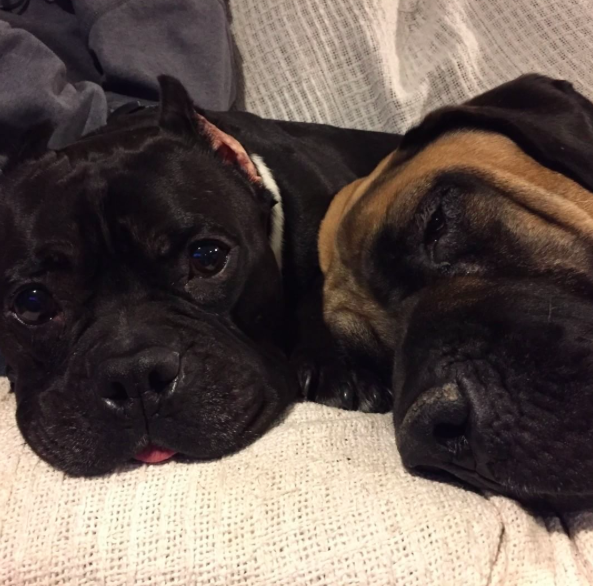 He is such a friendly and affectionate dog and loves attention from humans, despite everything he has been through. His favorite things include cuddling on the couch, going for rides in the car, and socializing with humans and other dogs. His tongue always sticks out, which makes him even cuter! 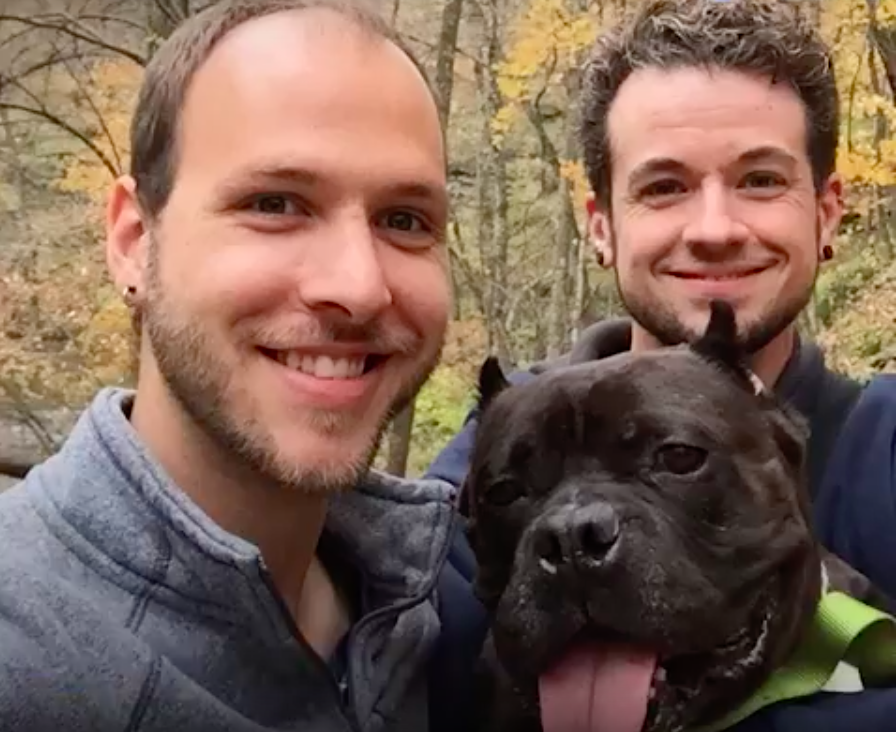 His exact past is unknown, but what we do know is that Toad won’t ever have to worry about being neglected ever again. He has two great, loving dads who shower him with all the love in the world, and he has a doggy brother who keeps him company.