A dog’s unexpected participation in a musical workshop at a park prompted a happy moment of laughter for the audience.

Rabbi Benny Zippel of Chabad of Utah was hosting a workshop on the upcoming Jewish New Year when the furry visitor appeared. 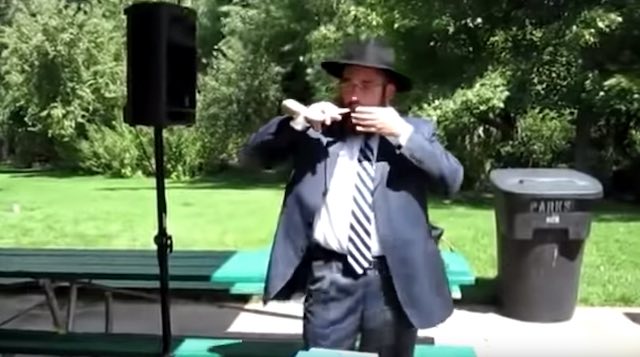 The Rabbi was demonstrating how to use a Shofar – a ceremonial ram’s horn used to announce the Jewish high holidays – when Chewy, a family dog, decided to join in as musical accompaniment.

It’s not hard to understand why Chewy added “his voice to the mix” when you hear the sound the shofar makes. The horn does sound a little bit like an animal’s howl at the beginning when Rabbi Benny plays it.

At the start of the video, Rabbi Benny blows into the horn in front of the audience. Suddenly, Chewy appears behind Rabbi Benny and lets out a loud, musical howl, much like a dog howls when he hears sirens or a wolf does when he hears the howl from another member of his pack. 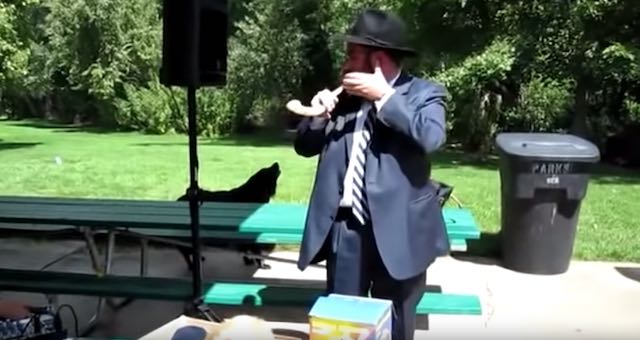 “It’s not a set up,” joked Rabbi Benny when his audience broke out in laughter. 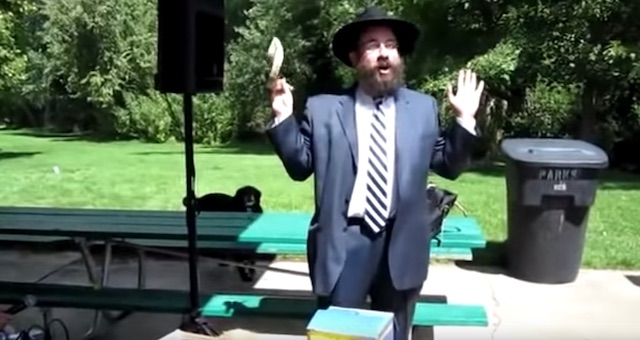 Watch Chewy’s moment in the spotlight in the hilarious video below.