Bradenton Florida Police received a call that was unlike anything they’ve ever gotten before. The call came from local Dollar General employees who told police that there was an individual who was refusing to leave their store.

It turns out that the individual was a 135-pound dog who spent a couple of hours browsing around the store, preventing employees from closing. 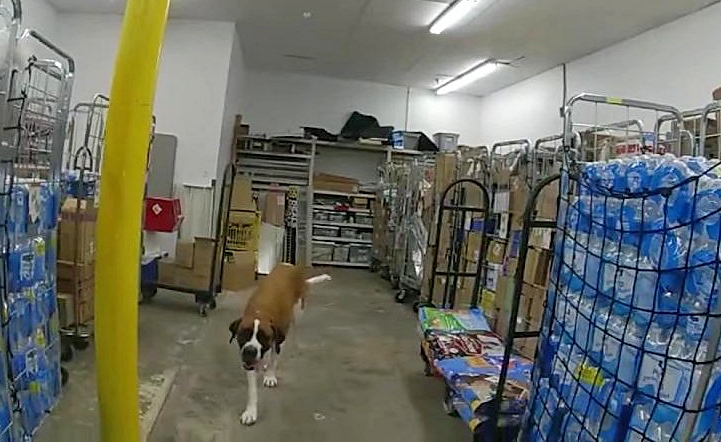 They soon learned that the dog was named Bentley, and he had broken through a gate at his home a few blocks away and decided to walk off to the store.

Thankfully, he had a microchip and was soon reunited with his family. His worried dad realized he was missing and was very thankful that the store employees and officers looked after his mischievous pup. 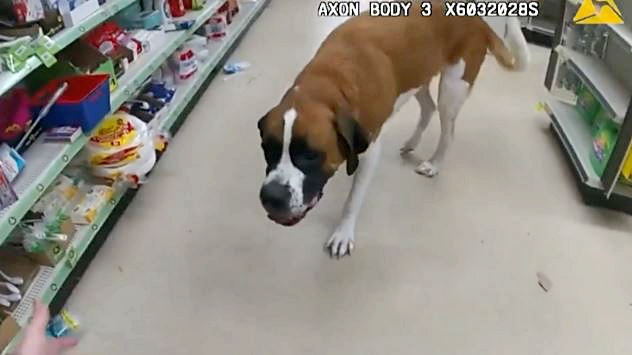 The hilarious incident was caught on the officer’s body cam, which you can watch in the video below.

The video shows Bentley roaming around the store before approaching police officers with a wagging tail. Thankfully he was extremely friendly and seemingly just wanted to make new friends.

At the end of the video, you’ll see Bentley’s owner arriving at the store to pick him up. 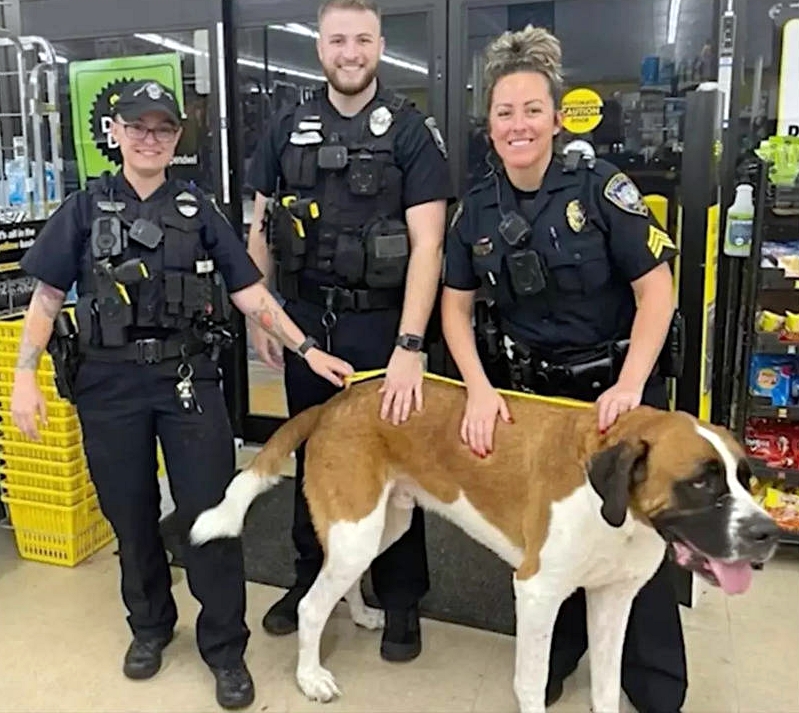 Bentley is not the first dog to enter a Dollar General. A few months ago, a stray dog went into a Dollar General in North Carolina five different times to steal a unicorn stuffed animal.

When employees called animal control, officers ended up buying the uniform stuffed animal for him, since he clearly loved it so much!

Watch the body cam footage of Bentley in the video below: