We’ll never know how people can be so cruel. A dog who’d been stabbed 19 times all over her body was found at a church and was suffering from blood loss, shock, and trauma. She needed help, and she needed it right away — and her life was about to take a drastic turn for the better. 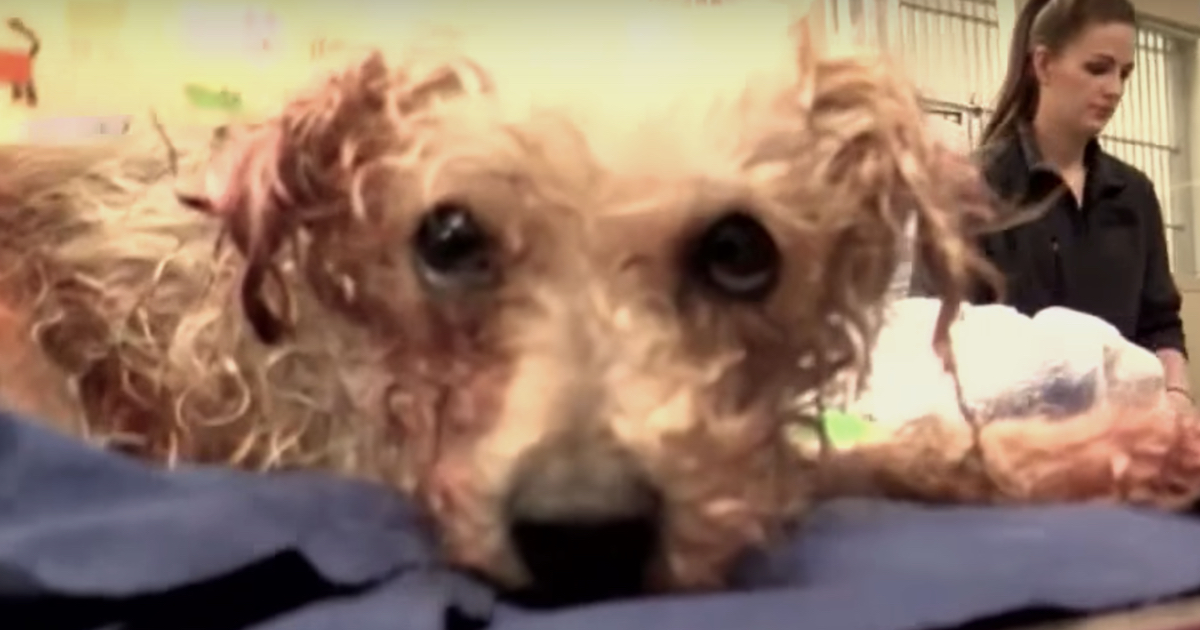 An animal cruelty task force in Missouri took the dog in to be cleaned and treated. Just a month later, the 10-year-old Poodle mix had made an unbelievable transformation. And the best part? Frannie was later adopted by the family of the first responder who rescued her. 🙂