When Bayron’s terminally ill mom went to stay with relatives could no longer care for him, family members came to pick him up, but he had disappeared. Two weeks later she died, and though no one knew were Bayron had gotten to in the meantime, remarkably, he showed up at her funeral service to say goodbye.

Doña Rosalba Quiroz, who had been fighting a losing battle against cancer, lived with Bayron on a ranch outside of Montemorelos, Mexico. Several months ago, her health declined to the point that she could no longer care for herself and went to live with relatives. Bayron stayed behind on the ranch, and Doña visited him often to make sure he had plenty of food and water. 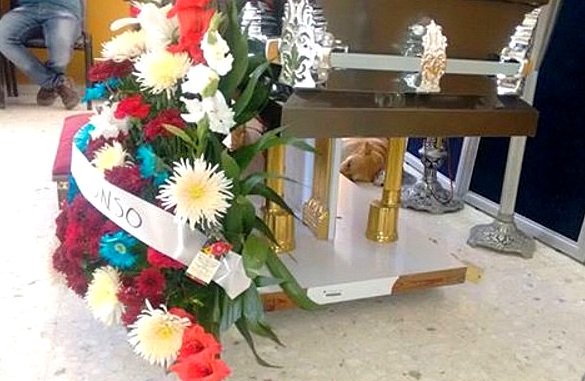 When her condition worsened and she could no longer travel, she asked family members to take over, but when they went to check on him, he had vanished. Fifteen days later, Doña sadly succumbed to her disease. No one had seen Bayron in all that time, but he incredulously turned up at her funeral, which was held miles away from her home.

“We normally don’t let animals in, but the dog was howling and scratching at the door, so we brought him in,” a funeral parlor employee told El Sol. 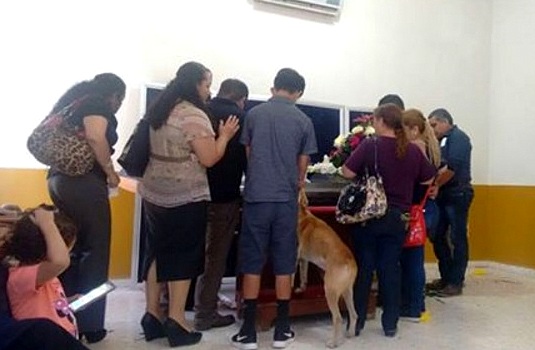 He lay near the casket, and as loved ones stood up to view Doña’s body, Bayron did the same. He seemed to understand that she was gone, and they were all there to say goodbye.

“We’ve never seen a case like this,” the owner of the funeral home posted on Facebook. “We’re all surprised how the animal without knowing arrived alone to say goodbye to his owner.”

Hopefully Doña’s relatives realize what a devoted family member Bayron is and took him in for good. 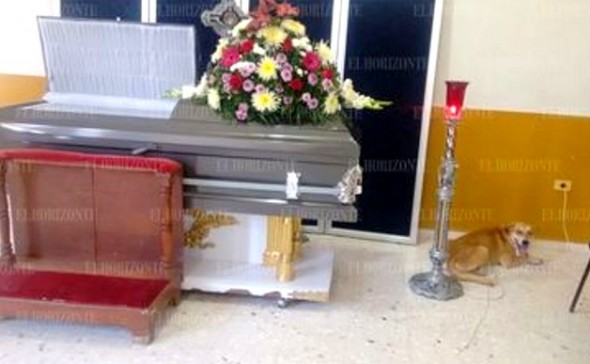