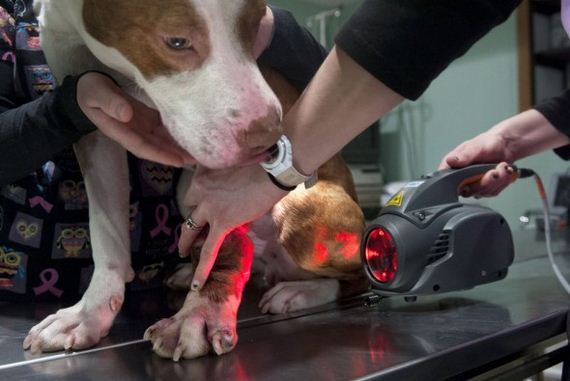 Chuck is a two-year-old Staffordshire terrier, and is from the Grand Rapids, Michigan area. He was found outdoors by a family, with an animal trap clamped down on his left front leg. The family that found him called the Kent County Animal Control, and with the assistance of Kelley’s Animal Clinic, medical staff were able to save his damaged leg.

Upon Chuck’s arrival, things didn’t look very good for the poor guy. With the animal trap tightly clamped down, it was thought that they may have to amputate it. However, using many medical disciplines, Chuck is still on all fours.

About a month into the recovery process now, Chuck is starting to undergo things like cold laser therapy, and water-assisted therapy. The staff at Kelley’s are expecting that Chuck will make a full recovery, despite the terrible results that usually follow when a dog wanders across of one these cruel and inhumane traps. 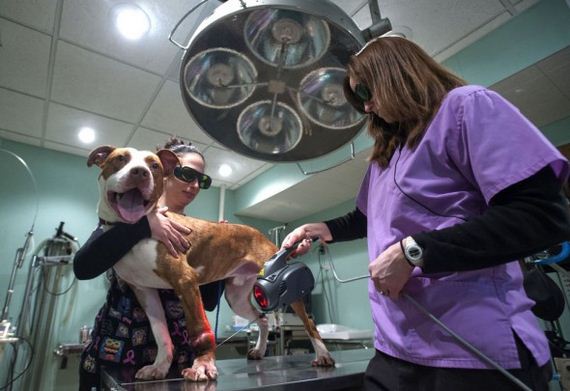 There is still a bit of surface damage, and a bit of a deformation of the skin right at the site the trap clamped down.  Also, Chuck may always walk with a pronounced limp from the damage the trap caused.  However, getting to keep all four paws on the ground is still easier on him than the alternative.

When he was found, Chuck had no identification on him.  He was also listed as found and no one has come to claim him.  The normal hold time for claiming him has expired, so now, while still in therapy, a foster home for Chuck is being sought.  Once he completes his therapy, Chuck will be put up for adoption.

The fact that there are people setting traps in the area Chuck was fund in is still a major concern.  There are many families with dogs as members in this area, and whomever decided to set the trap, also left no identifying information on the trap.  So, no one really knows who set it, or for what reason.  Kent County Animal Control is still looking into that matter. 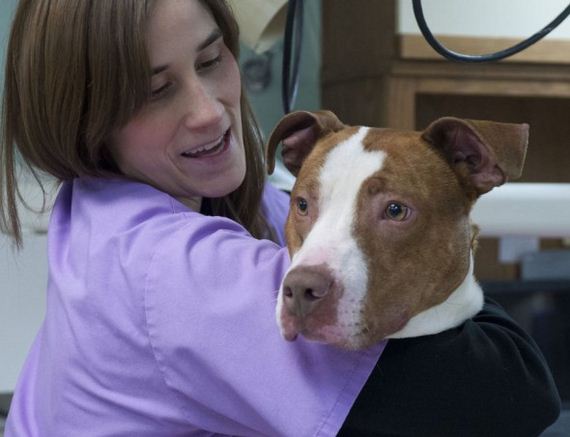 According to Douglas Reeves, assistant chief of the Wildlife Division of the Michigan Department of Natural Resources said that legal and experienced trappers usually pose little to no threat to the pets in this area.  He’s said that any and all traps are legally supposed to be clearly and plainly marked.  They’re required to have the name and address of the owner of the trap, or a valid driver’s license number attached to it as well.  There are also specific times of the year when it is and is not legal to set traps.

Anyone in the area trapping should have known there are rules, and also should know that failure to follow the regulations surrounding the practice carry a misdemeanor charge and very hefty fines.  When asked by reporters how often things like unidentified traps being found actually happens, all he could say was it was an exceedingly rare occurrence.

“I can think of three times I’ve heard of similar situations in my 25 years with the department”, Reeves said. 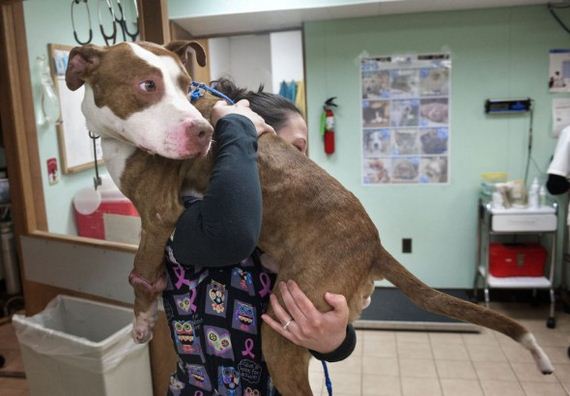