Jake is a rescued Dachshund with a flair for finding loose change. This could be because his small size keeps him low to the ground, where he can easily spot coins and wayward bills that have slipped into the sidewalk, street, grass, or beneath city benches. Regardless, the senior dog has collected quite the stash over the years, according to ClickonDetroit. When Jake’s owner, Richard Truett, counted his eagle-eyed dog’s life savings, the Michigan man was surprised to find just over $250.

Now Jake, being a very good boy, has decided to donate his savings to a cause he feels strongly about – helping his fellow rescues. Moreover, Jake and his owner are hoping to grow Jake’s initial donation of $250.08 into a much larger number that will benefit Friends for Animals of Metro Detroit. 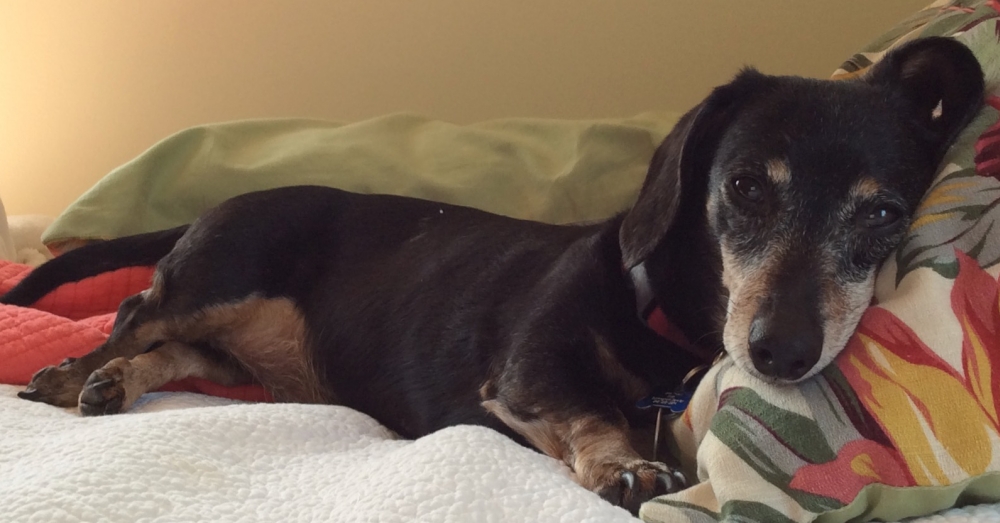 “In the last 11 years, Jake has sniffed out more than $200 in coins and bills on sidewalks, in streets, under benches, in the grass and elsewhere,” Richard explained on Facebook. “Every battered, weather-beaten coin and every tattered, wrinkled bill has been saved in Jake’s Bank, a wooden box.”

Jake always planned to donate his savings to help other dogs at FAMD, according to his owner. But the dog’s donation has felt more urgent of late. “The COVID-19 pandemic has brought a sense of urgency to his mission,” Richard wrote on Facebook. “Donations are way down. Construction of a new animal intake area at FAMD’s animal adoption and education center is in danger of being delayed.” 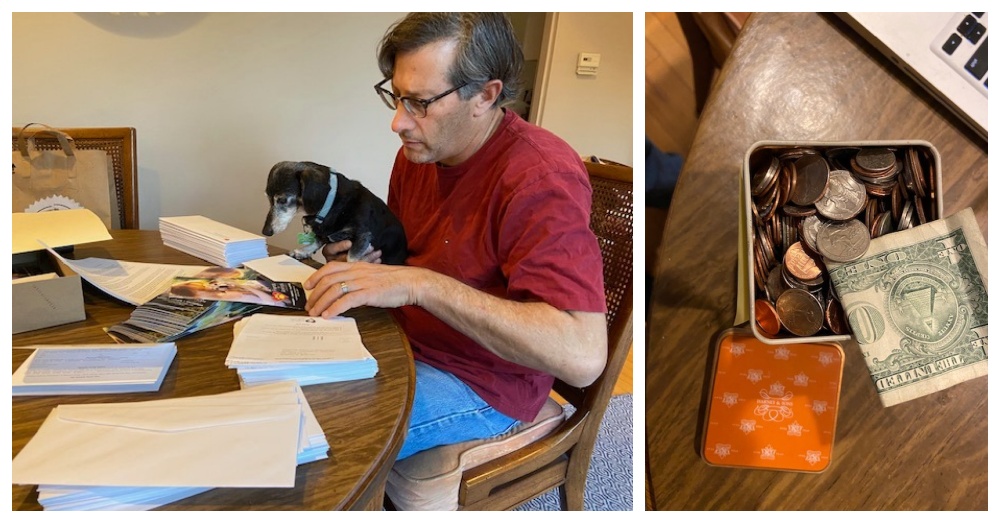 This construction delay, which threatens to endanger the 2,500 animals who pass through the shelter each year, led Jake and Richard to embark on a fundraising campaign to multiply the dog’s original donation. “Instead of just quietly donating his money, Jake wants to make it grow from $250.08 to $25,008 to help keep the project on track,” Richard wrote. At time of writing, The Jake Project had already raised nearly $6,000 of its $25,008 goal. 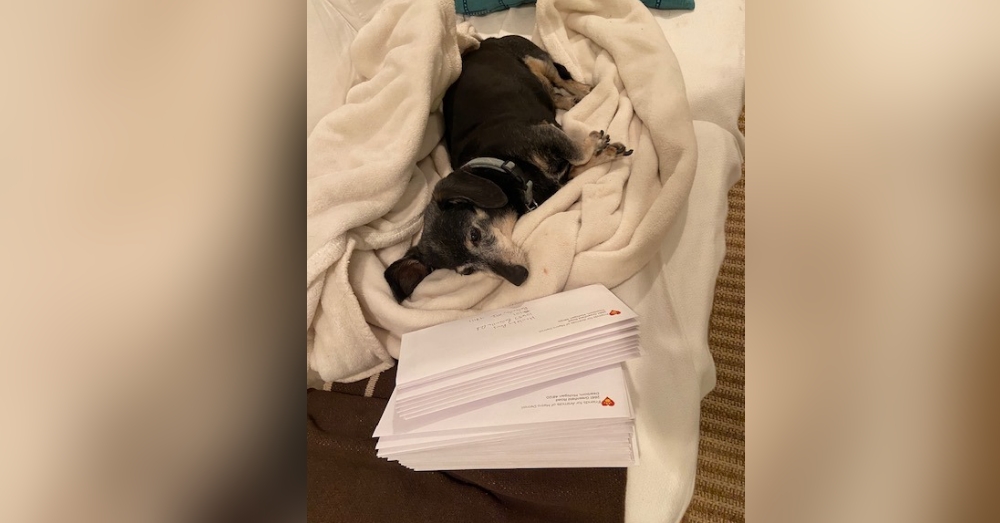 You can help Jake meet his goal by making a donation on his Facebook fundraising page. All of the money will be donated at the shelter’s virtual Black Tie & Tails fundraising ceremony on Oct. 23, 2020. “A dog giving his own money to help other animals: What could be more perfect?” Richard asked. We couldn’t agree more!