Leslie Ysuhuaylas, an independent dog rescuer, was out with Rebecca Callister, director for animal services at New Life IFS Rescue, in an east Texas neighborhood attempting to rescue a dog and her three puppies when they spotted another dog nearby. 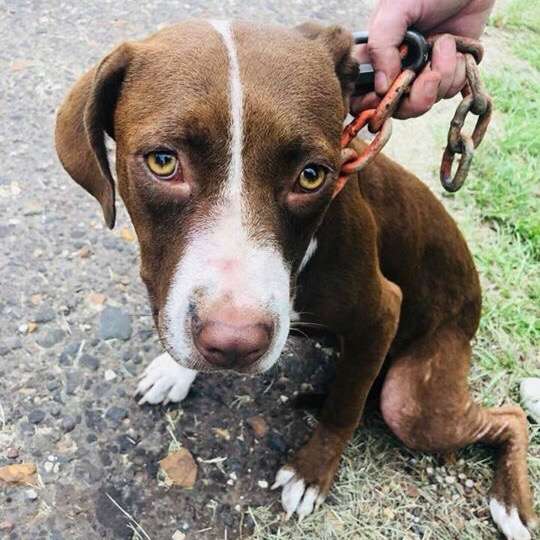 The one-year-old skinny dog crawled toward them with a two-pound chain still wrapped around her neck as if she were asking for help. The dog looked very sick and was still a little hesitant and unsure of people. 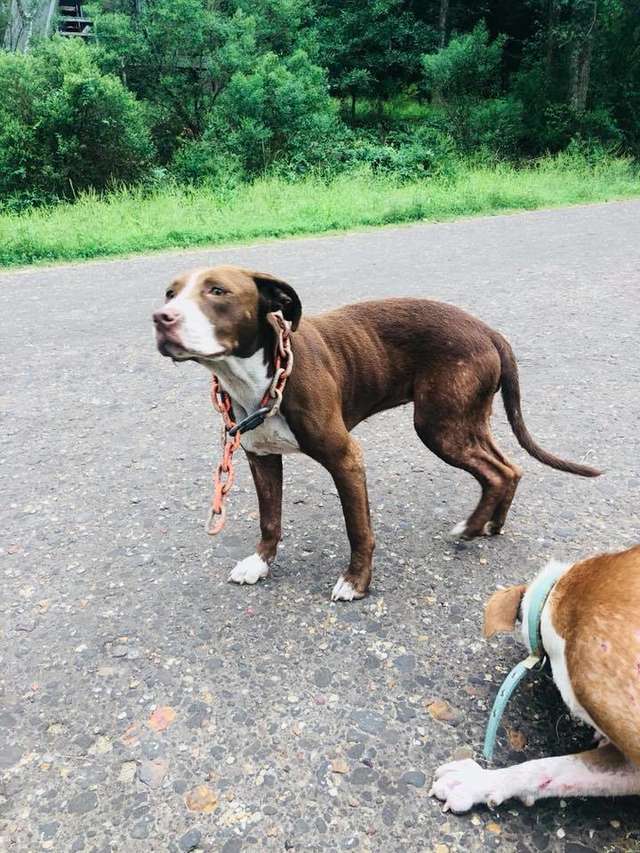 They figured the dog was a stray and that she’d been dumped on the streets by her owner. But it turned out the dog — along with the mom dog and pups — belonged to a nearby resident who obviously wasn’t taking care of them. The two women spoke to the owner, and the owner agreed to let them take the dogs. 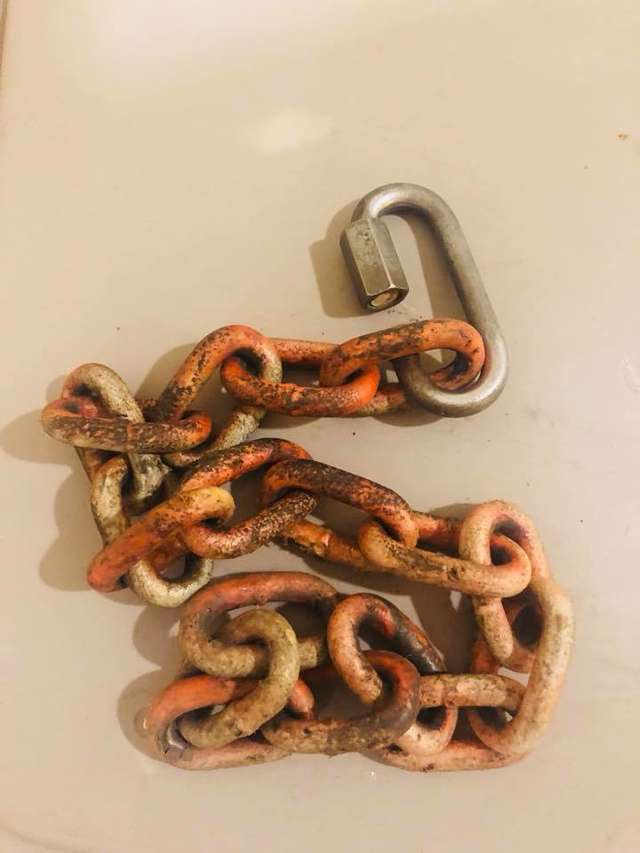 They drove the dogs to safety, and Leslie removed the huge chain from around Dudette’s neck. It was so heavy it had left some markings on the dog’s skin. 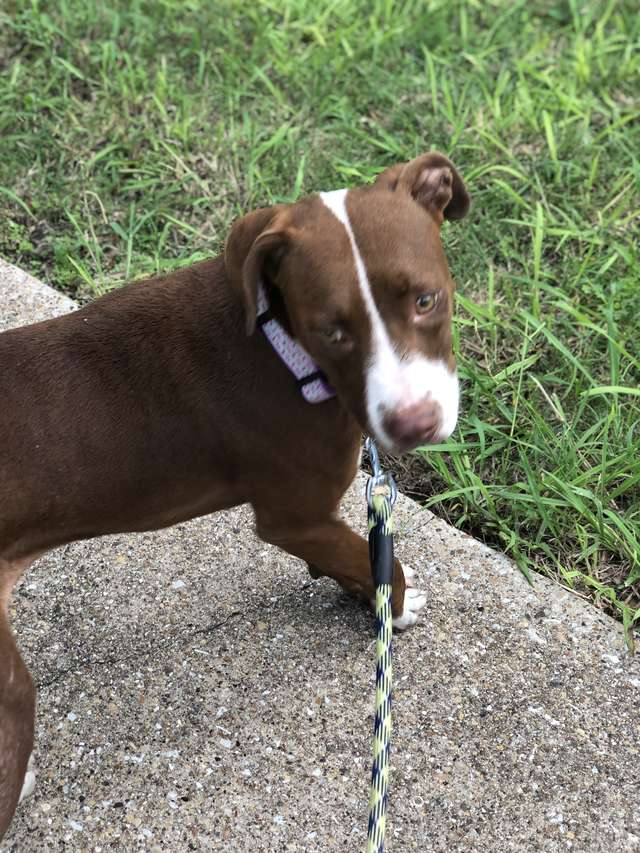 Dudette and the other dogs spent the night at Leslie’s home before making a trip to the vet the next morning. All of the dogs had coccidia, a parasitic infection that attacks the intestines. But they all pulled through. Dudette was now well enough to leave the vet, so she moved on to foster care with New Life Rescue

“Emotionally, she seems pretty broken,” Rebecca told The Dodo. “It’s going to be a long road to have her come out of her shell. She’s very timid and very scared. She hides a lot. I can’t imagine what this dog has been through.” 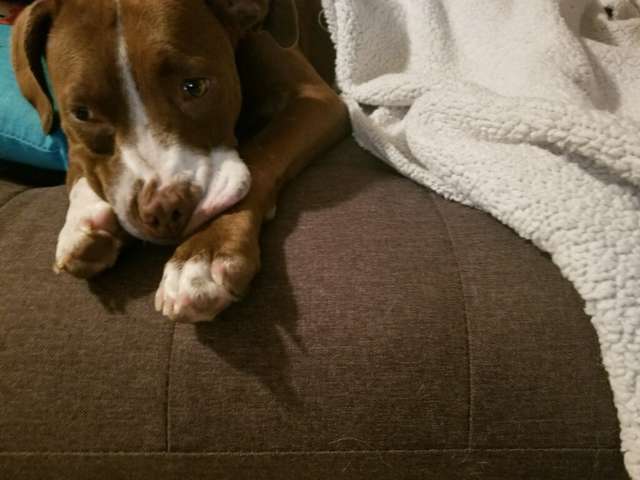 Dudette has been renamed Angel, and with each passing day she becomes a little more confident. And that’s mostly thanks to a dog named Coco with whom she is sharing her foster home.

Coco is very outgoing, so they paired the two dogs up hoping it would help the shy and timid Angel. And it seems to be working so far!

When Angel is ready to be adopted, they hope someone with a lot of patience ends up taking her in.

“She’s starting to realize now that she’s safe, but she still has a long way to go,” Rebecca said. “She’s going to take some work, and love and patience.”