Sean Farrell was only supposed to foster Buster the 12-year-old Staffordshire Bull Terrier, but he fell in love and knew the two were meant to be together. But the dog hadn’t lived the best life up until that point and carried over some trust issues from the past. 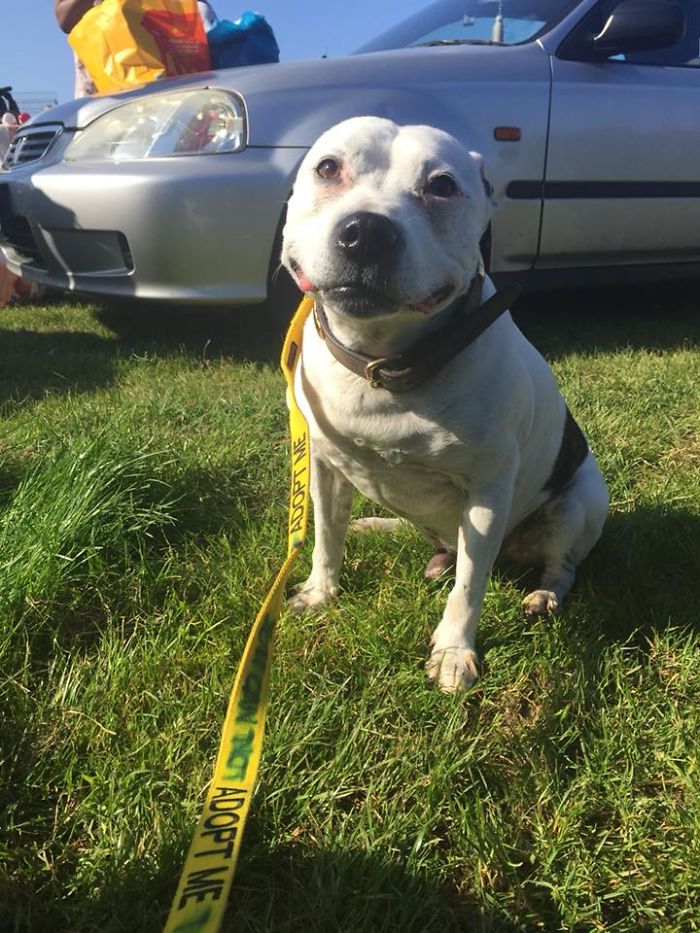 So Sean decided to do something to make Buster feel like he could escape and feel secure at any moment. And despite having “absolutely no experience in carpentry,” Dad wanted to make Buster his own “boudoir.” 🙂 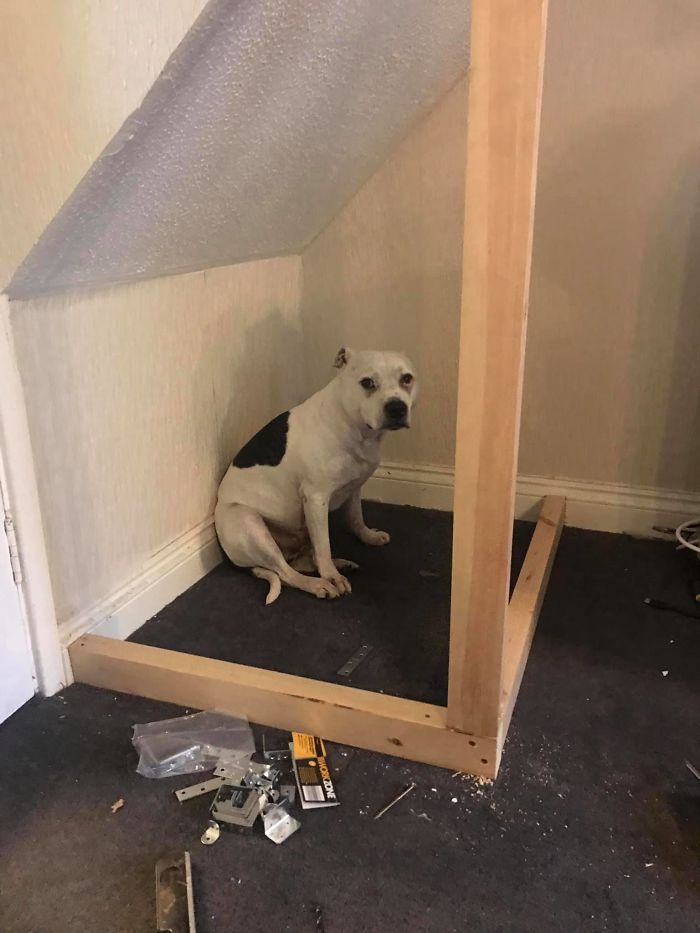 Due to his past, Buster didn’t like to be around men and would stay in the bedroom when he and his dad were alone. He’d only come out when others were around too. So Sean loved the idea of the dog having his own personal bedroom to feel secure in a place where he could also still around him. 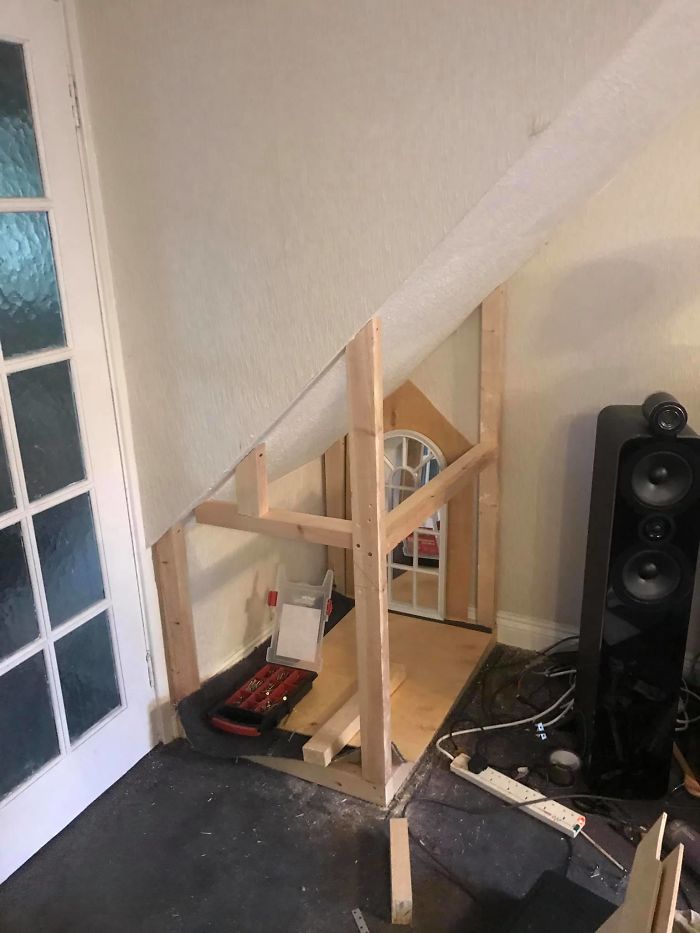 Buster took to the space right away, even though it was far from finished. But it was a good sign! Sean documented the process on Buster’s Facebook page, and the fans loved it. 🙂 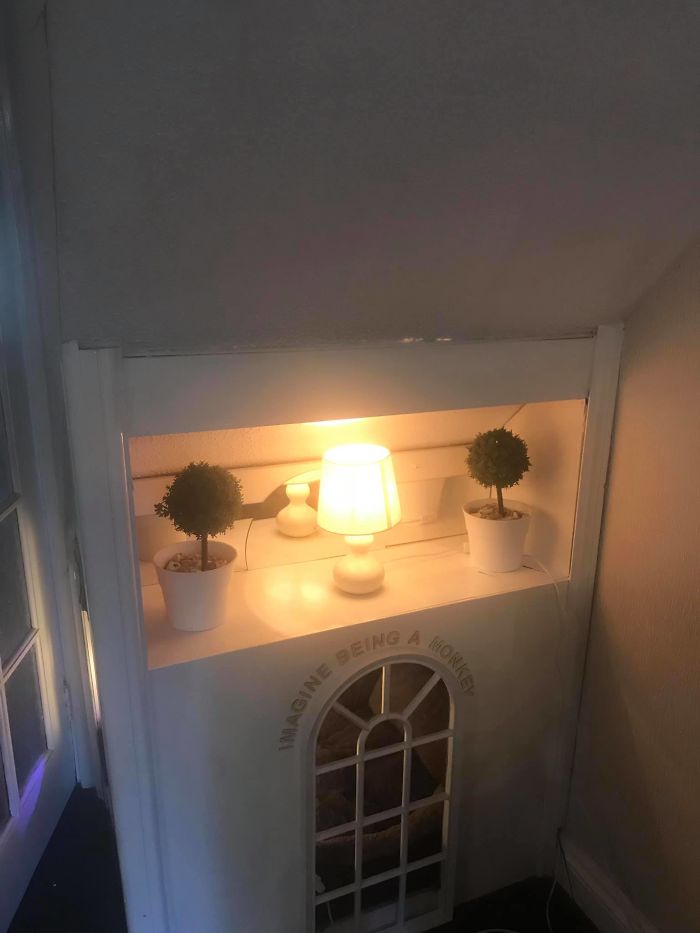 With no real plan, Sean bought some wood and plywood and got to work. He just knew he wanted it to blend in with the living area as part of the room. 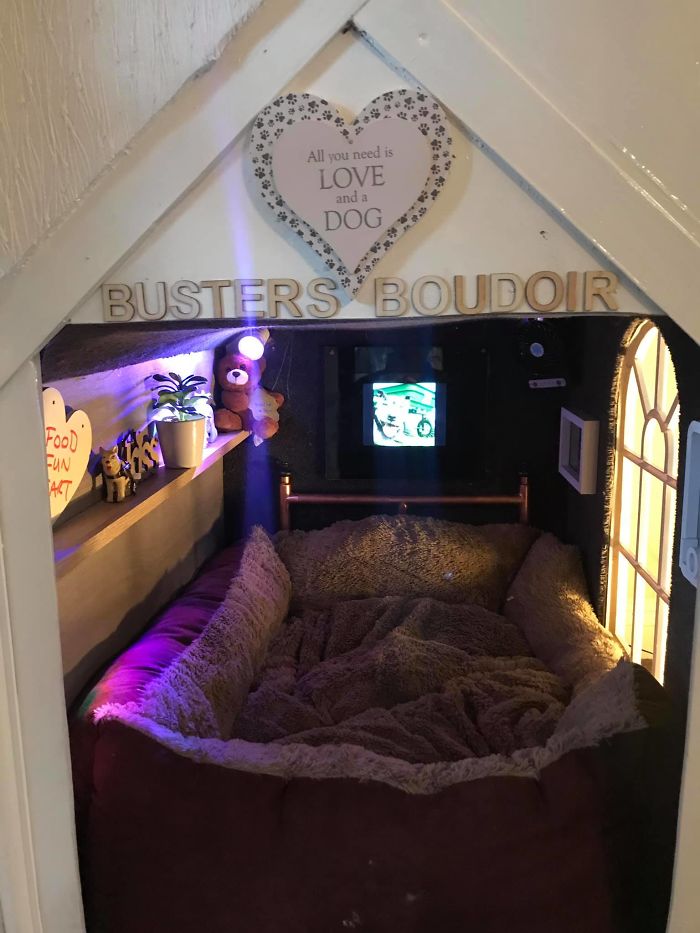 He added little items along the way to make it feel extra homey. 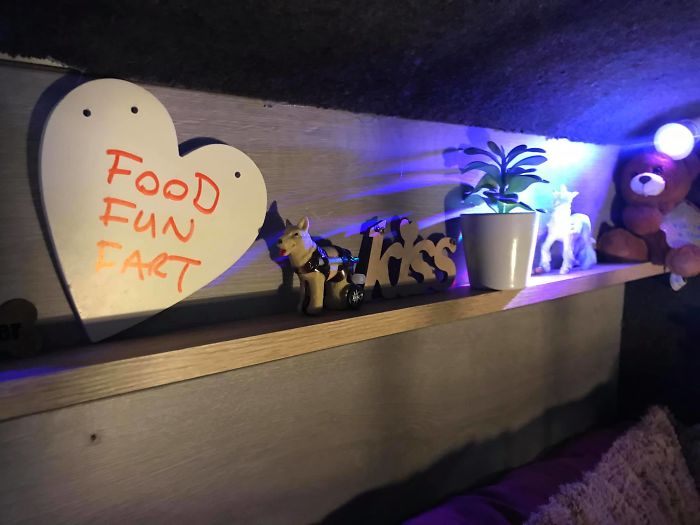 “A lot of the cosmetic finishes, like the TV and shelf and mood lighting, were really just a bit of fun, but the cooling fan works really well,” Sean told Bored Panda. “It’s all battery run so no electrics are in there. The items were just lying around the house.” 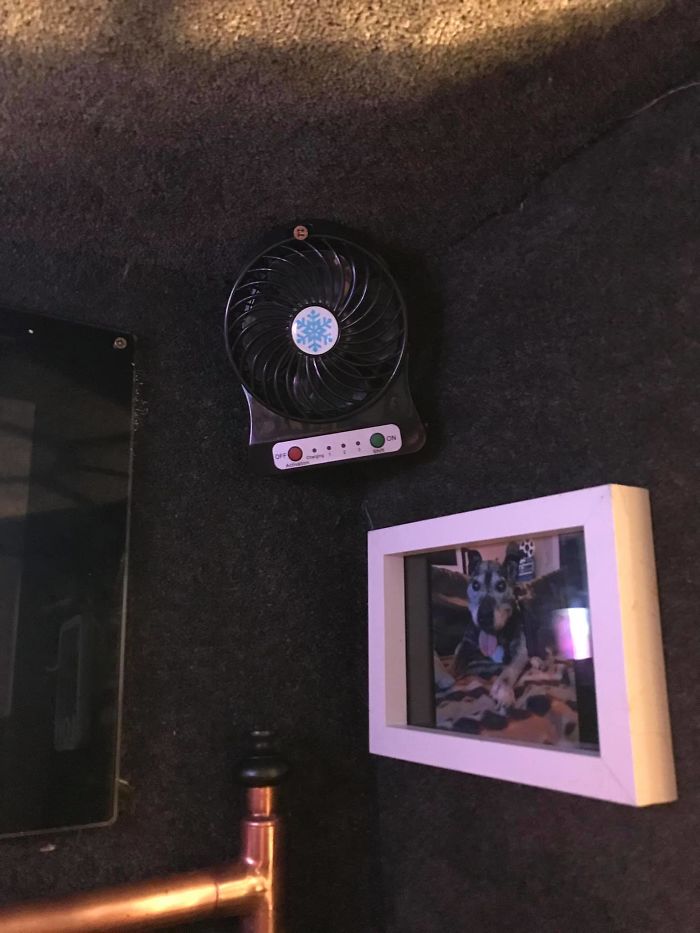 Also on the one wall are pictures of Sean’s previous dog, Zook. Zook was disabled and had a large internet following and passed away at age 17. If not for Zook, Sean would’ve never found Buster. 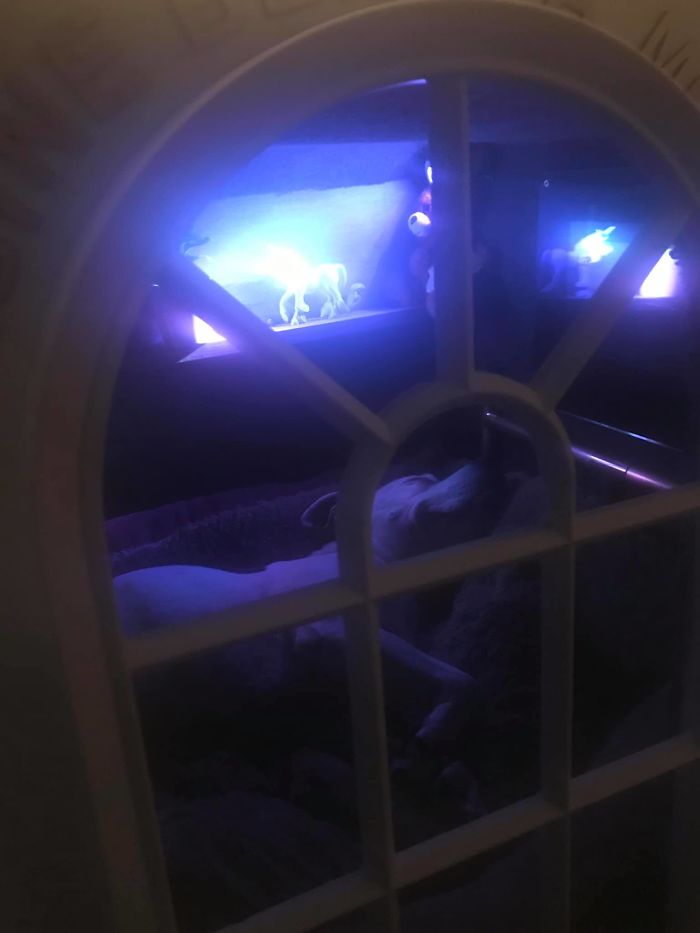 “From start to finish, the boudoir took me about four days to make. After I painted it and used carpet adhesive, Buster wasn’t allowed in for another 2 weeks,” Sean said. 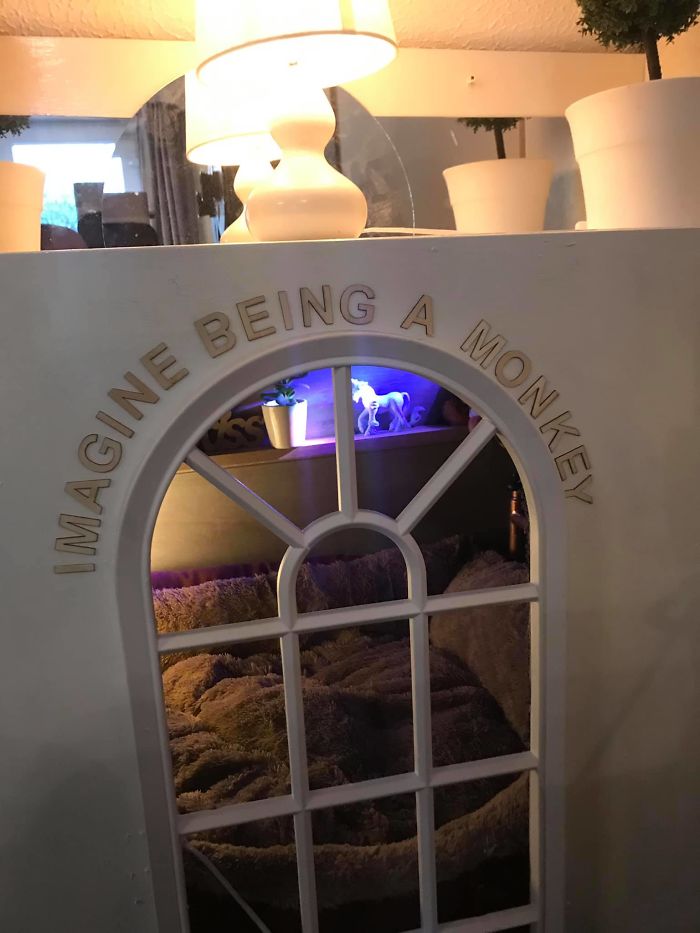 “Imagine being a monkey” is the first line from a lullaby Sean will sing to Buster when the dog’s having bad dreams, and it sits right above the window. 🙂 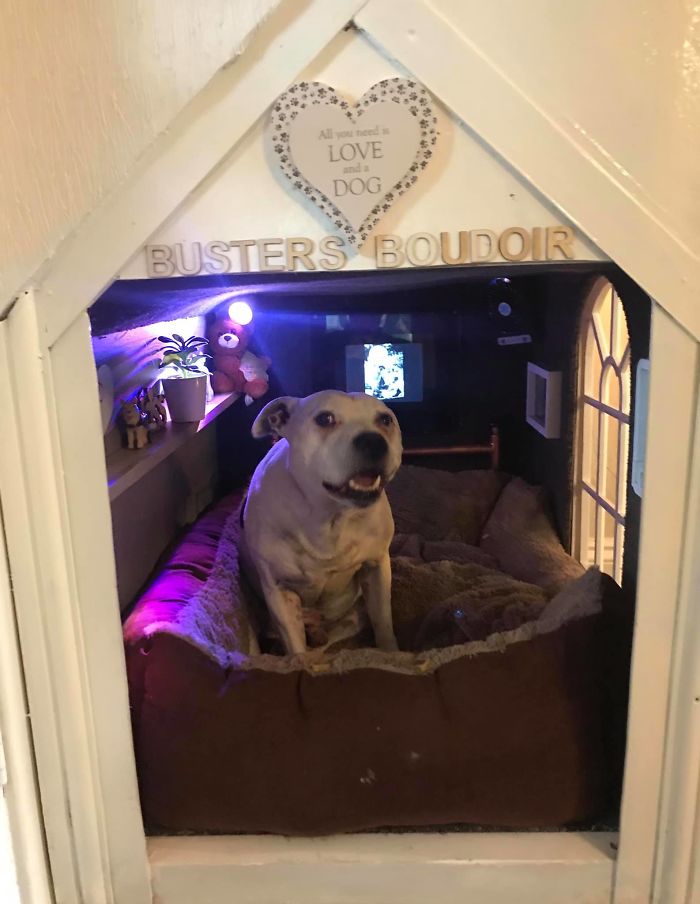 “I’m absolutely blown away by the response it had from hundreds of thousands of people from all over the world. Staffordshire Bull Terriers are getting very bad press and it’s so lovely to be able to show them that they are beautiful dogs that deserve a wonderful life,” Sean continued. 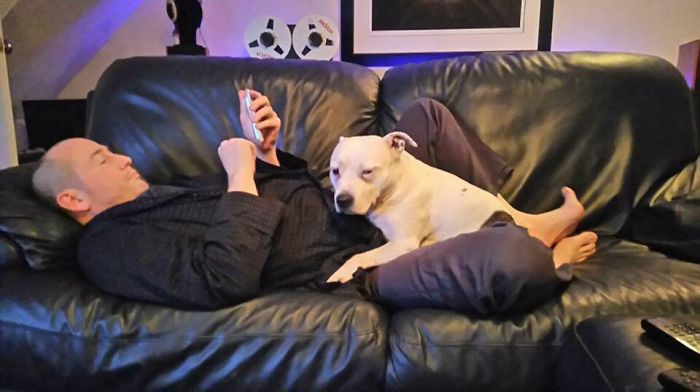 What an amazing thing Sean did for his dog, and it seems to be working.

“We’ve been working really, really hard on his trust issues. And because his behavior has improved so much, he is now a therapy dog and we visit residential homes hospitals and a brain injury rehabilitation clinic. He also accompanies people with low social skills, autism, agoraphobia, etc out shopping.”

Buster found the best possible home for himself, and we wish this family all the best going forward. 🙂