Hope For Paws received a text on their emergency line about a dog who needed help. And the person who sent the text offered to assist with the rescue. When they arrived, they saw the scared little white dog hiding behind a car in a driveway. Rescuers secured the area with a fence. 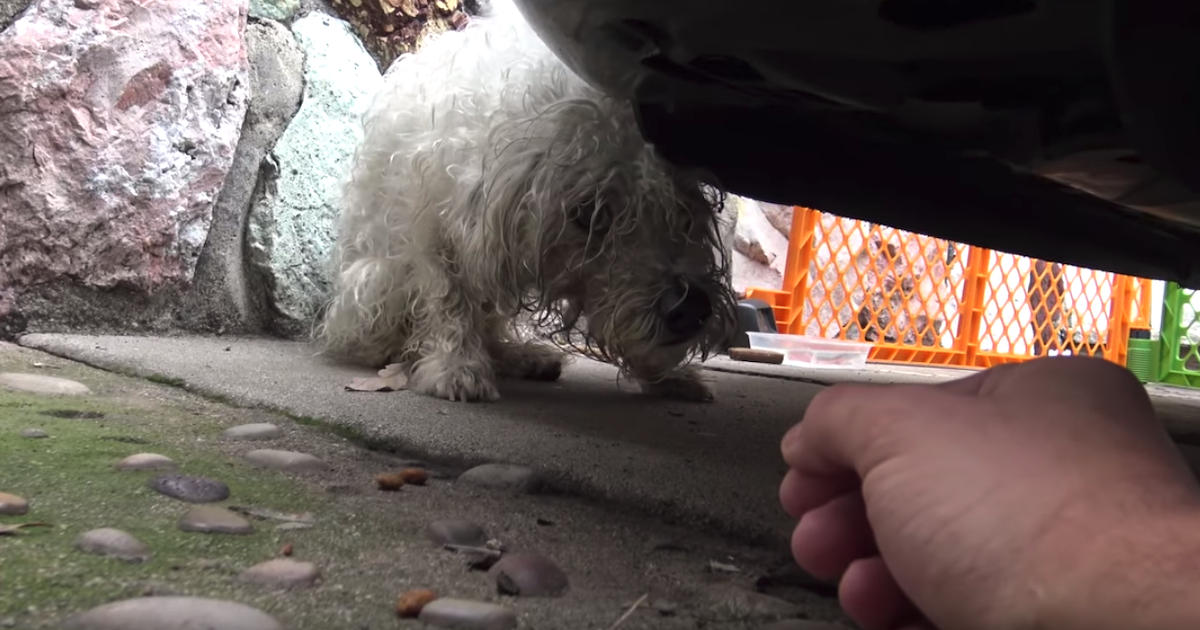 The dog was hesitant around the rescuers, but judging by his body language he wanted to accept the help. Eldad finally convinced the dog that everything was okay and was able to slip the Lucky Leash around his neck. The dog jumped right into the rescue vehicle and was ready to get cleaned up, but he had no microchip. 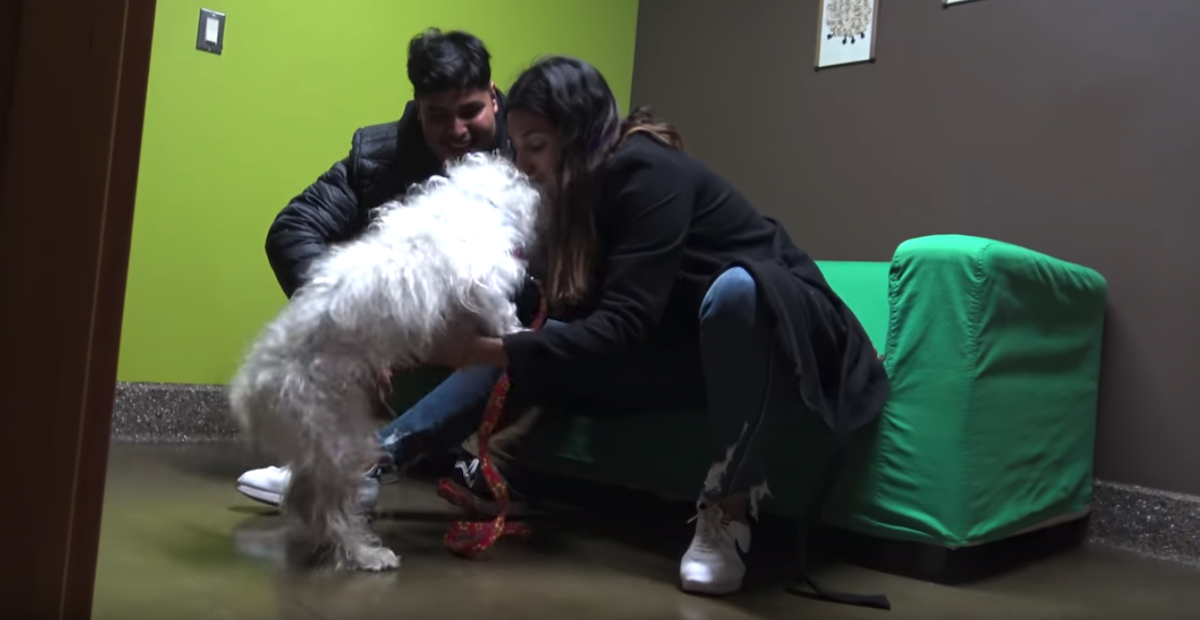 After his photo was posted to Instagram, many people suggested the dog be named Puddles. But after a few hours of looking the dog’s owners were found, and they learned that his name is actually Charlie! When they came to get him, Charlie was so happy to see them!

It turned out Charlie was naughty and chewed through the screen door and ran away. But his owners vowed to get him microchipped and make him wear a collar with a tag from now on. 🙂