When a dog in Texas was struck by a car and ruthlessly left to die on the side of the road, his best friend – possibly even his brother – refused to leave his side.  But a very dedicated man spent hours working to get the black dog to safety.  How he did it is simply amazing. 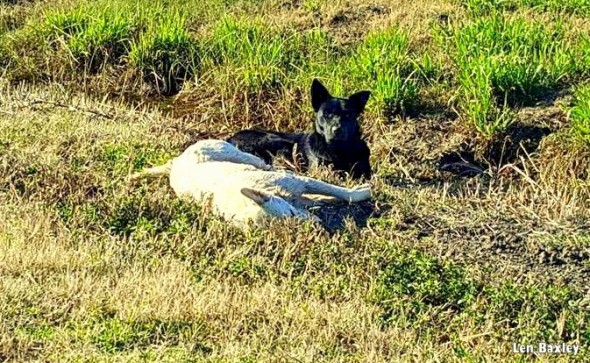 “I own a gun range on Wolf Springs Road in the southern part of Dallas County, down here near the river bottoms,” Len Baxley told The Dodo. “And I’ve seen these two dogs — a black one and a white one — running up and down the road, playing with each other for the last several days.”

On his way to work Monday morning, he saw the two dogs meandering along usual.  Perhaps they had an owner who just let them wander.  He returned home around 2 pm, and on his way, was shocked to see the white dog lying dead just off the road.  The black dog sorrowfully sat next to him. 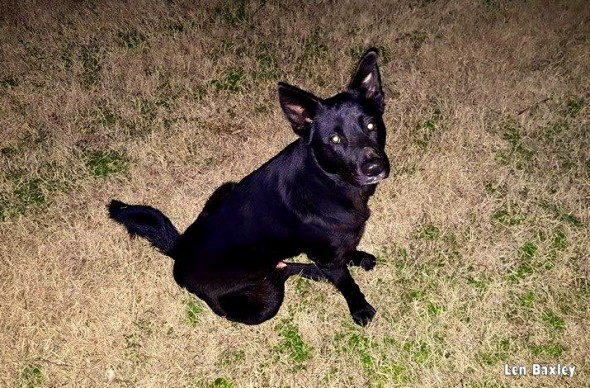 “They were both about seven or eight feet off a road. I didn’t know what exactly to do. But I didn’t want anything bad to happen to the black dog.”

Baxley felt awful about the situation, and knew he needed to get the black dog out of there.  He tried coaxing him, but the dog was resolute in his decision to stay where he was.

“I realized the problem was that he wasn’t going to leave his buddy,” he said.

He called upon friends who had rescued animals, and was told to put the white dog’s body in his van, which might entice the other to jump inside.  So he did, but the black dog couldn’t be hoodwinked. 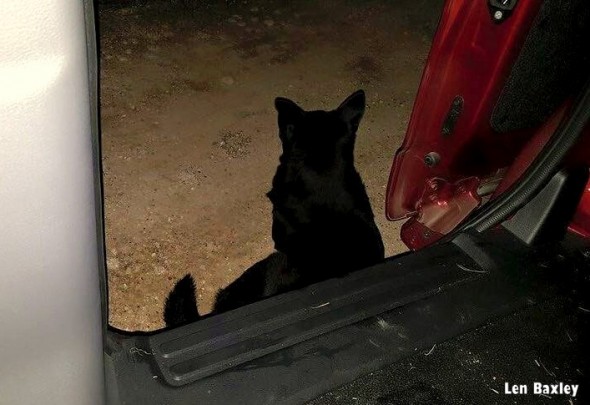 As night approached, Baxley wondered what to do.  He couldn’t get the dog to get in the van, but he knew he had to get him away from the road.  So he started driving away.

He hoped the dog would follow, and he did.  Baxley left the side door open, and slowly backed onto his fenced-in property.

“It was incredible,” he said, noting that the dog circled the van “at least 30 times” as he inched along.

“He didn’t follow me. He circled. Again and again. And then when I got back to my gate I stopped the car. And the dog just sat in front of the open side door.”

The dog sat guarding the van, but still wouldn’t get in, even with food laid out for him 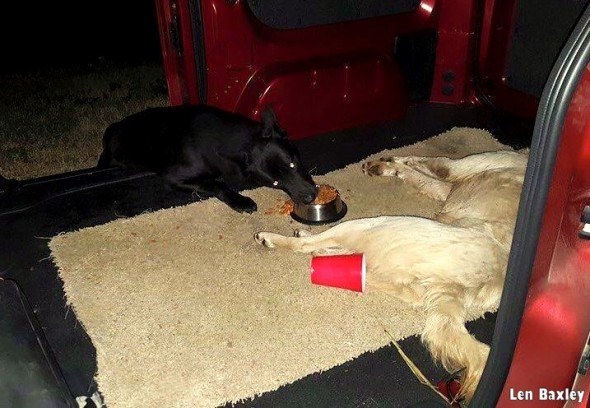 “He went halfway in, but not all the way. I must have fed him everything … and then some.”

Baxley couldn’t leave his van open all night, and didn’t want to frighten or provoke the black dog, so he had to come up with another plan.

“I was sure the black dog wasn’t going to get run over at this point. But I also know he won’t leave the white dog no matter what. I figured I’d take the white dog’s body out of the van, and since the black dog wouldn’t leave his side, I’d let them spend the night out there and I’d come back and get him in the morning.”

But then he heard coyotes howling.  The black dog was limping, possibly from the accident, and was in no condition to be fighting off wild animals. It was nearly 10 pm; Baxley had been working relentlessly to rescue this dog. 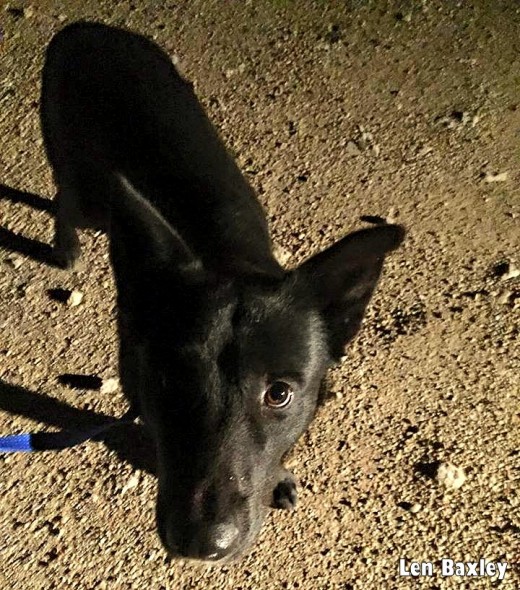 So he called rescue group Dallas DogRRR, and Marina Tarashevska rushed right out.

“And you know, she had the magic touch! It took me seven hours to get that black dog to finally let me pet him,” Baxley said.  “But Marina drives up, opens up her car door and they are like best friends!”

Maybe this dog had been abused by a man, and was afraid of him just because of that.  But together, they managed to get him in a crate and inside the house.  He happily ate more food, and settled down.

It would be the perfect fairy tale ending if Baxley adopted him, but unfortunately, he just can’t keep him. 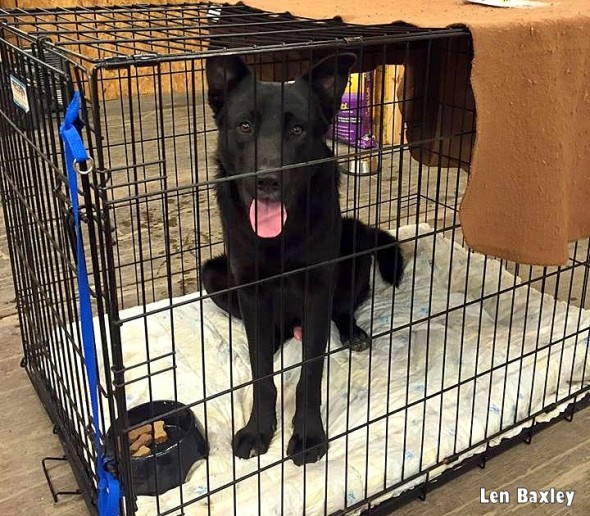 “He is a great dog. I’m sitting here rubbing him now.  We better find this buddy a home soon because we are bonding. He licked my face. He fell asleep on my foot. I don’t want him to get too attached and then be ripped away from me.”

Baxley didn’t even want to name him, because it would be even harder to say goodbye.  The entire event has already been plaguing him, and he’s hoping to see this boy go to a good home soon.

“Just seeing the black dog sitting there … And I feel bad that I passed the two of them for several days and thought maybe that they belonged to someone down here, although it’s more likely someone probably just kicked them out of their home.”

He buried the white dog on his property, and hopefully the black dog will be able to move on from his loss with a new start in a new home.  If you would like to adopt him, contact Dallas DogRRR. 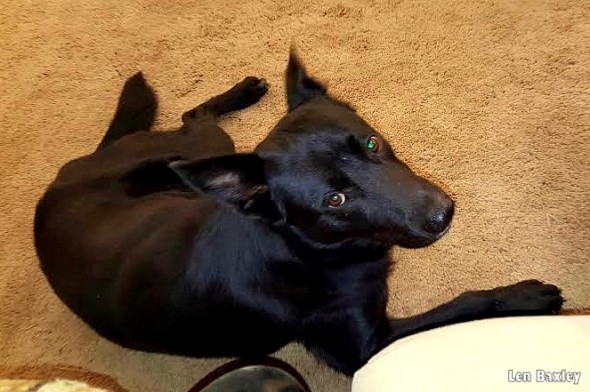