Vets and animal welfare officers were today forced to euthanise a further nine pit bulls rescued from a dogfighting ring in the Philippines. The decision was taken because there are no facilities to rehabilitate the animals and prevent them from again being used in underground arenas. The plan is to put down dozens of the roughly 300 dogs rescued in separate raids on Friday in Laguna province south of Manila, said Anna Cabrera of the Philippine Animal Welfare Society. Seventeen dogs were put to sleep on Saturday, a day after the raids. 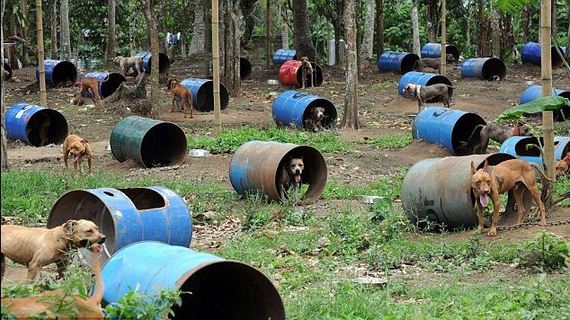 Sad fate: Roughly 300 dogs were rescued on Friday in separate raids in Laguna province south of Manila. Dozens of the animals will now have to be put down 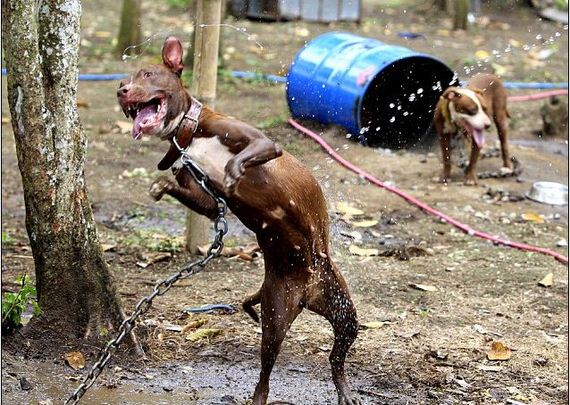 Helpless: Many of the dogs will be put down as there are no facilities to rehabilitate the animals and prevent them from again being used in underground arenas in the Philippines 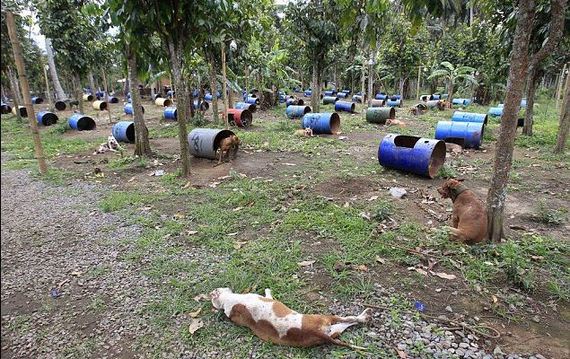 A pit bull lies dead due to heat stroke. Seventeen dogs were put to sleep on Saturday, a day after the raids, and a further nine so far today The health of the living dogs and the progress of rehabilitating them will determine how many will ultimately survive. Police arrested eight South Koreans suspected of running an illegal online gambling operation in which players outside the Philippines bet on dogs fighting at a clandestine compound. Some of the animals rescued on Friday had been saved from a similar facility in nearby Cavite province in December. Ms Cabrera said the dogs were ‘recycled’ – adopted by people who then sold them back to the suspects to continue fighting. She said: ‘That is a fate worse than death.’ Two of the suspects arrested last week had been apprehended in the December raid but had posted bail. Welfare society vet Wilford Almora said many of the pit bulls – pure-bred and mixed breeds – suffered horrible wounds, including ripped ears and tongues, in previous fights. He said his group had enough drugs to euthanise 70 dogs, and had put down at least nine this afternoon with 13 more planned before they finish tonight. 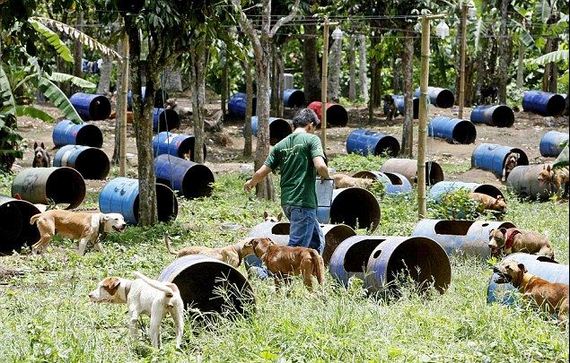 Huge job: A volunteer from the Philippine Animal Welfare Society (PAWS) checks the conditions of the dogs 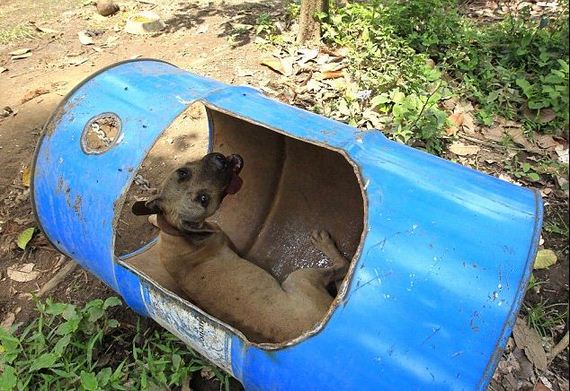 Basic conditions: Each dog has been kept in a metal fuel drum and tied to heavy steel chains inside a five-acre coffee plantation 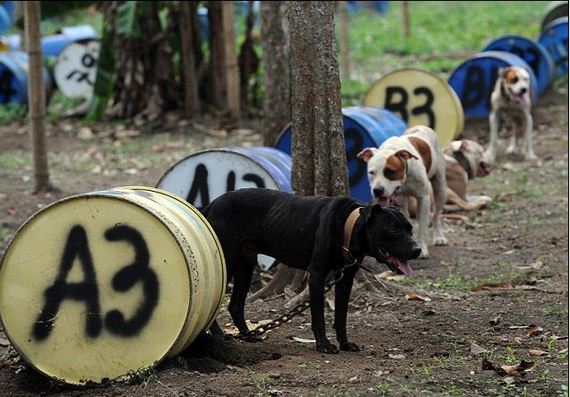 They selected the most sick, emaciated and aggressive animals to put down first. Some of the dogs were too weak to stand. Mr Almora said they are taking time to carefully assess each dog before finally deciding which ones to put to sleep.

He said: ‘We are not in a hurry. We just want to make sure that the ones we put to sleep are the ones that deserve to be put to sleep based on their medical condition.’ Ms Cabrera said it was not possible to care for all the pit bulls that were rescued and it would be irresponsible to give away for adoption the animals that have not properly healed. The dogs had been kept in metal fuel drums and tied to heavy steel chains inside a five-acre coffee plantation surrounded by a fence made of corrugated tin in San Pablo city in Laguna. Police recovered 30 dogs from an arena in the nearby town of Calauan where they were about to fight. 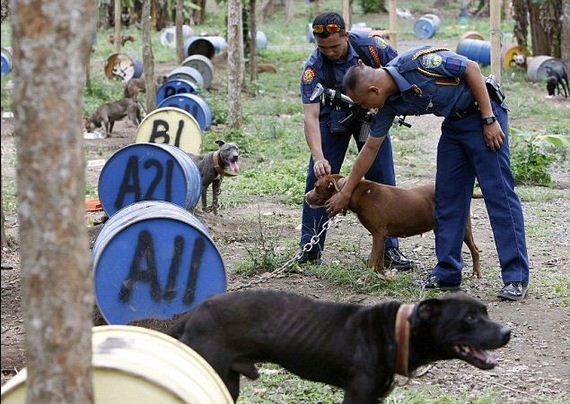 Strong arms of the law: Police officers pet one of the rescued pit bulls. Animal welfare officers are now selecting the most sick, emaciated and aggressive animals to put down first 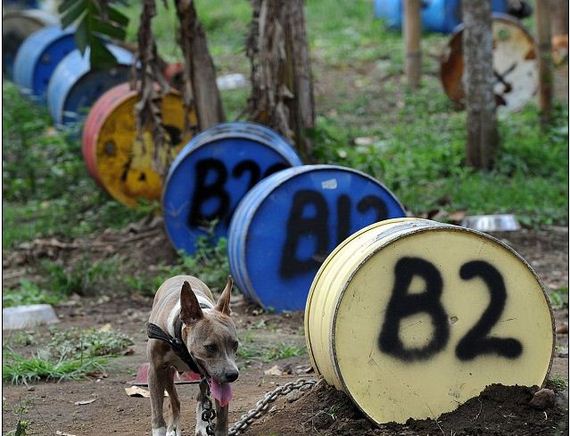 Tired: Police will turn the suspects over to immigration officials once their investigation has been completed 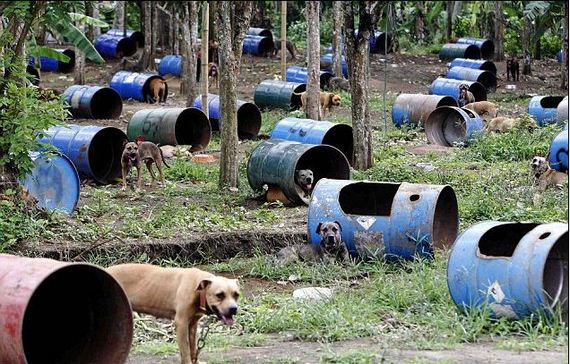 The eight suspects face charges of illegal gambling and cruelty to animals. The San Pablo city prosecutor has not yet completed a preliminary investigation to determine if evidence is strong enough for a court case. Chief Inspector Renante Galang said police will turn the suspects over to immigration officials. If convicted of illegal gambling, they face a maximum of 12 years in prison. The charge of animal cruelty carries a penalty of up to two years, but no one has served time in the Philippines for the crime. A student recently found guilty of killing a cat received a few months of community service.

Dogfighting is not common in the Philippines and the fights were broadcast mostly outside the country.