Hiking is a popular pastime in North Bend, WA, about 30 miles east of Seattle, with dozens of trailheads and miles of trail. It’s also a dangerous place to be if you’re not an exceptional orienteer. 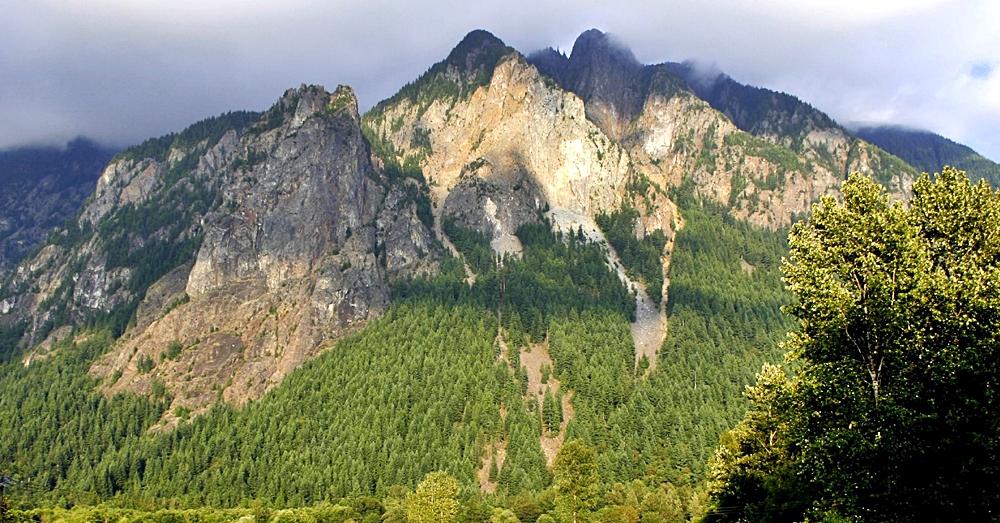 The dog’s owner managed to carry his furry friend down the mountain a ways before tiring out himself, Patch reports, after which he called King County Search and Rescue workers in for help making it down the rest of the 3,900-foot-tall mountain.

The rescuers put the dog in a cart while the owner managed his way down alongside them. 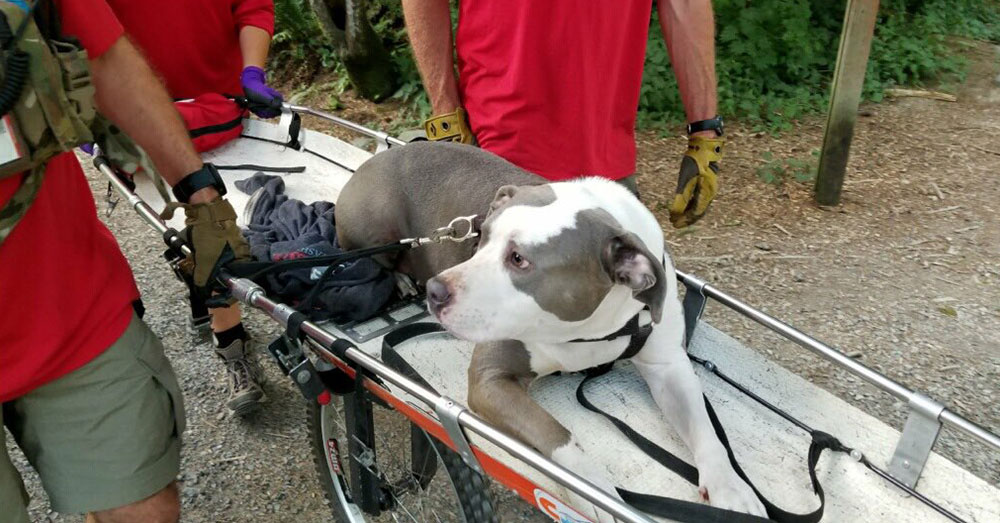 According to climber and blogger Christy Karras, Mount Si presents a steep and challenging climb, even for experienced hikers. She quotes Kindra Ramos, communication director for the Washington Trails Association, as saying, “Lots of folks read about Mount Si or Mailbox [another peak] on the internet and think they can just show up at the trail and walk up.” The popular destination is also famous for looming large over the fictional town in the recently rebooted show Twin Peaks.

It likely won’t be long before Mount Si tires out another hiker, and we hope he or she returns home safely. To read about an elderly dog who ran off after being scared by fireworks, only to find family after seeing a familiar sight, follow the link below.