It seems no matter the species, sibling arguments are always a thing. Siblings love each other and never mean to hurt one another, but there’s just something about being brothers and sisters that brings out the quarrels! Take these two dogs for instance… 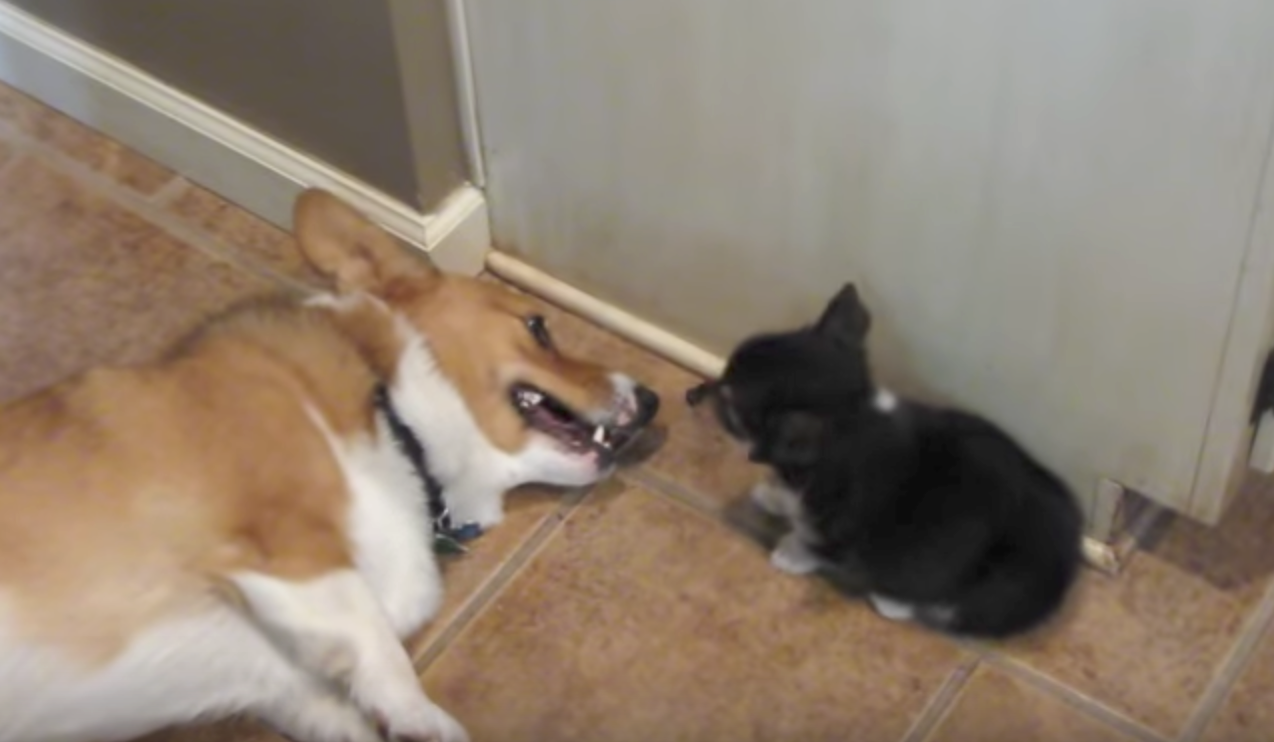 Mac the Corgi and his new sister, Lacie, are going at it and barking their heads off. But there’s one thing that Mac doesn’t yet realize — his new puppy sibling plays dirty! 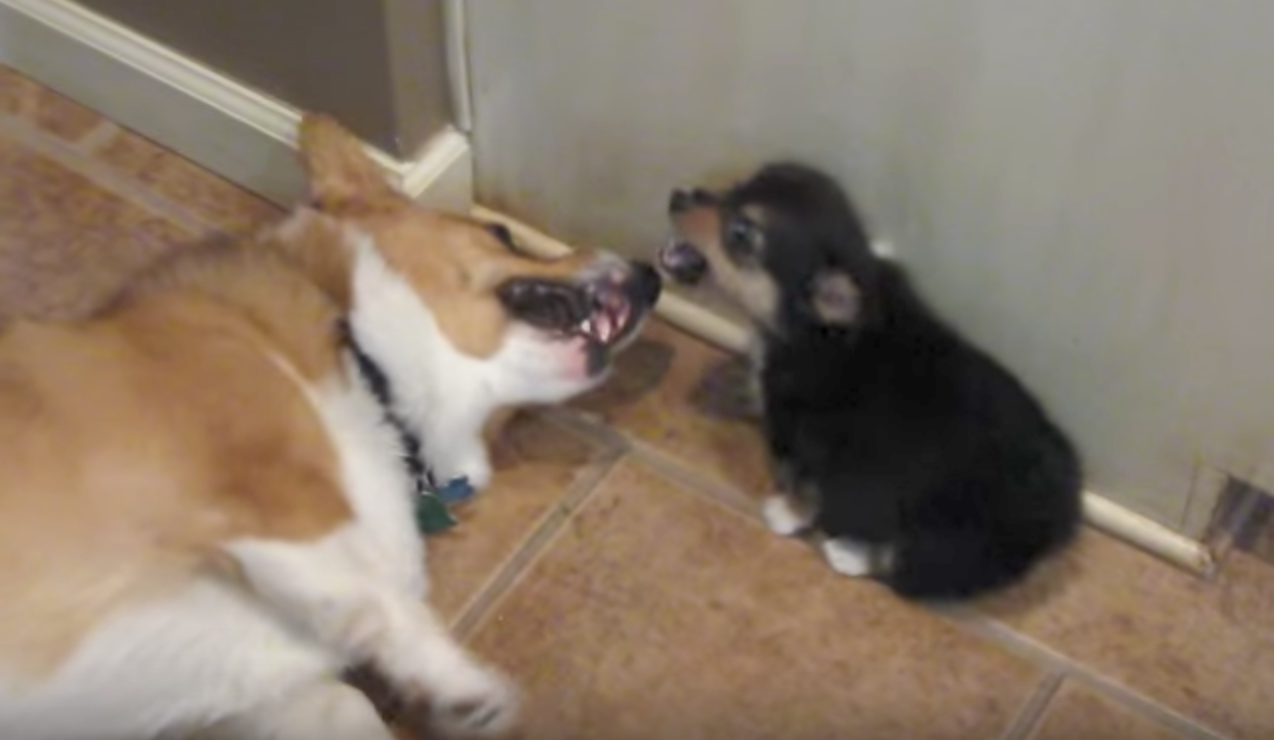 The dogs are face to face and yipping like crazy. Apparently Lacie starts to lose the argument, because her next move reeks of desperation. The puppy turns around and farts right in the Corgi’s face! 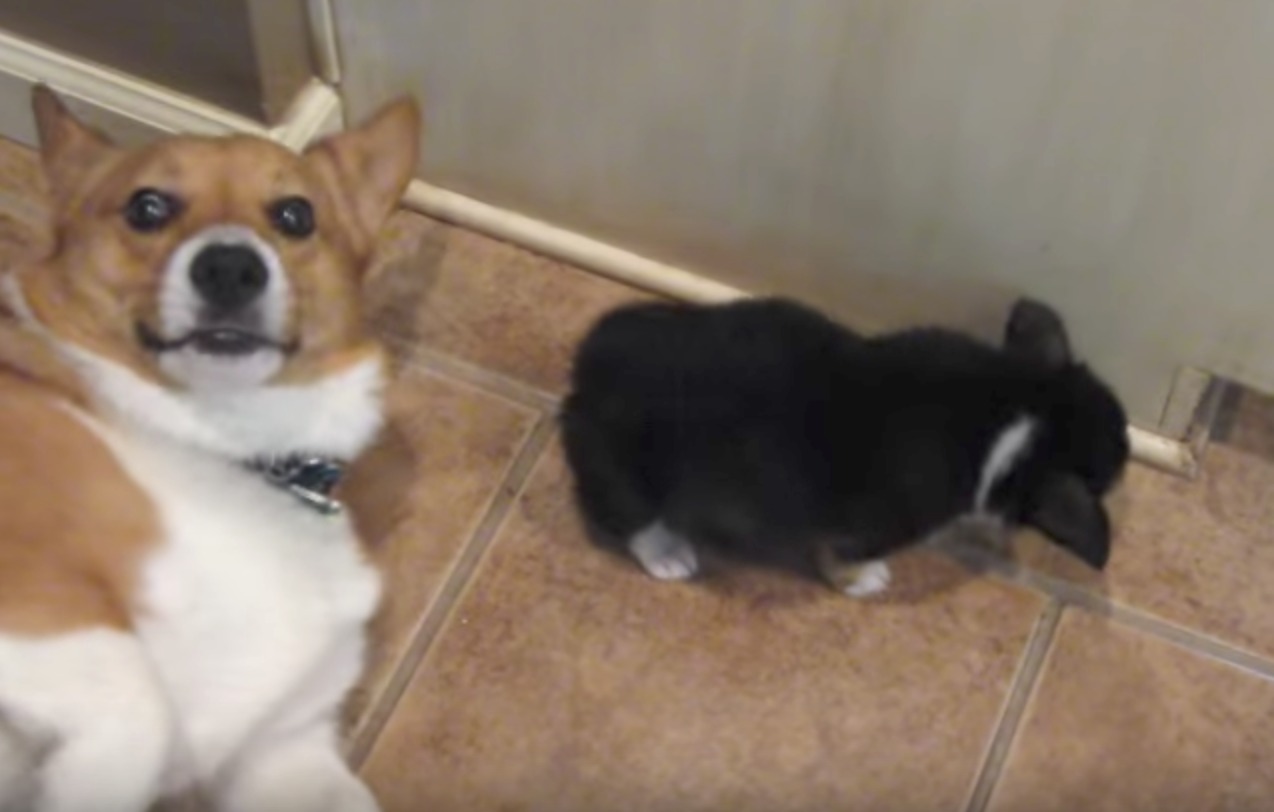 Mac’s reaction is just priceless! He turns to the camera with a “what just happened?” kind of look on his face. It’s safe to say he didn’t appreciate that move one bit!