Four men stood alongside their Labrador retrievers as they played with each other on a grassy field outside. Just looking at them and their pups, you’d never guess the story behind it all.

The men are four of the 720 inmates at Enfield Correctional Institution in Connecticut, where they work with the nonprofit organization America’s VetDogs to train service animals that will help wounded military veterans and others suffering from post-traumatic stress disorder. 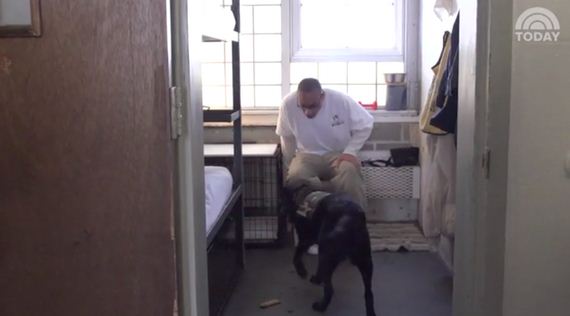 Not only are the inmates helping the dogs, but the dogs are helping them as well.

“It definitely makes me feel a lot better about myself, because after committing a crime, being in here you sometimes feel like everybody looks at you as like being condemned,” an inmate named Tyrel told TODAY. “Being given the opportunity to — and being entrusted with a dog, to train and to work with other people, it makes you feel good, and it makes you see that you can be given another opportunity.” 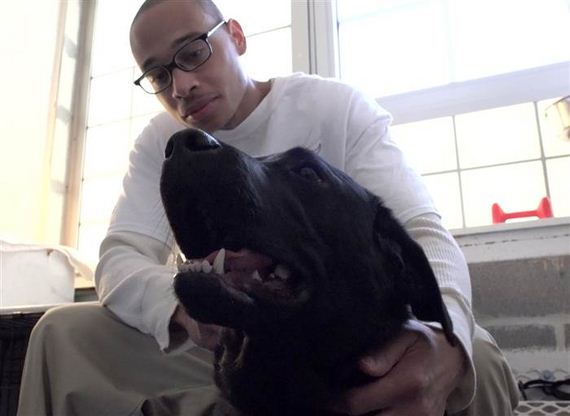 Since the dogs work with the inmates on a daily basis, the training training period for the dogs has been shortened from two years to a year, which has reduced the average wait for a service dog by a veteran from five years to two years.

During the week, the dogs sleep in cages next to the inmates’ bunkbeds in their dorm-like cells. On the weekends, the dogs leave the prison and are cared for by outsiders who are involved in the program. 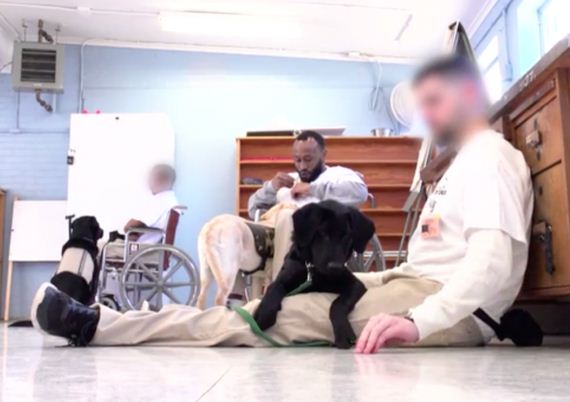 U.S. Army veteran David Cameron, who received a dog named Disco from the program, wrote a letter to the prison, showing his gratitude.

“This amazing dog instantly gave me a sense of security that I never felt before,” Cameron wrote. “Within a week I stopped taking sleeping pills that I had been using every night for almost three years. He helped me to open up to people and talk to strangers who I previously would have just avoided eye contact with. 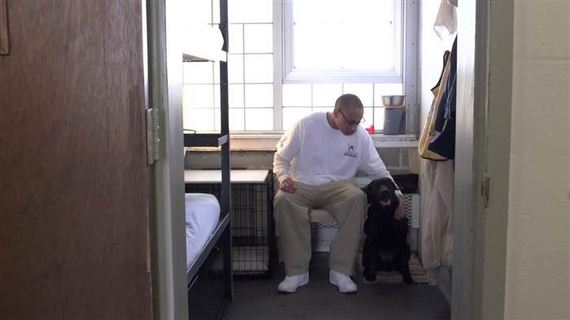 It’s a win-win for all sides!

Learn more about this wonderful program in the video below: