Crusoe is a Dachshund, so he’s always hungry. He gets his dinner at a certain time each day, but he’s figured out a way to play the system.

“What started as dinner time at 6pm soon changed to 5pm, and is now down to 4pm. And would probably just keep coming sooner if it were up to him,” said his parents on YouTube. 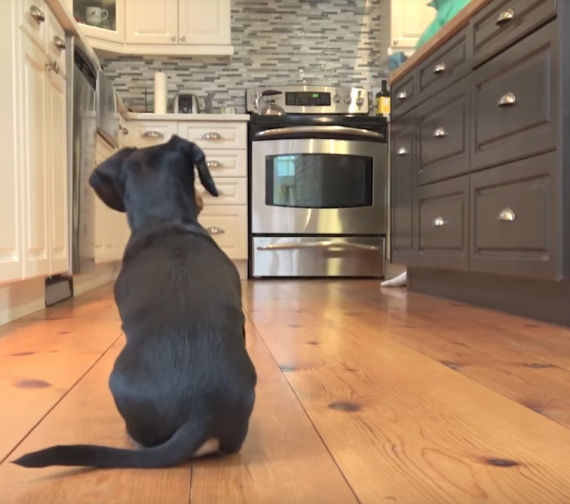 It’s only 4 o’clock, so mom denies Crusoe his food. That’s when he decides to take matters into his own paws… 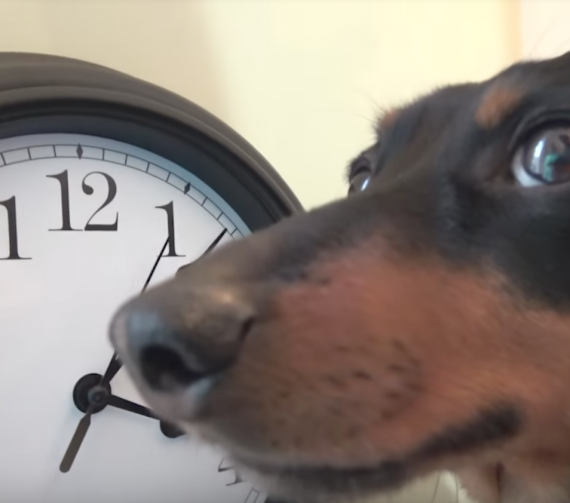 What a slick dog! He just bumps the hour hand up to 5 o’clock and tries again, this time with dad. Huh, it’s a lot later than dad thought. Okay, here’s your dinner.

It worked! Crusoe is a genius. 🙂 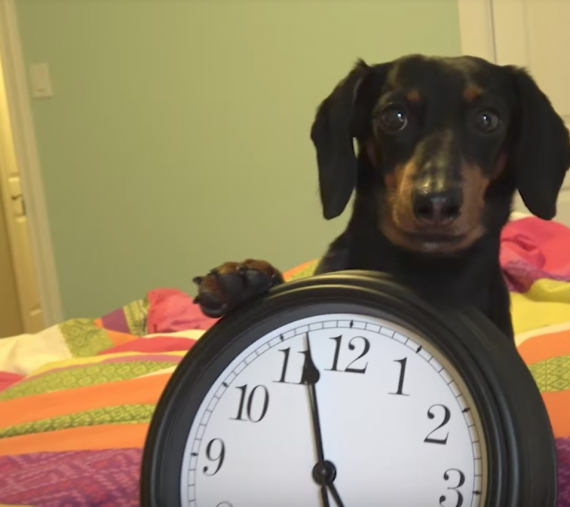 Bright and early the next morning, Crusoe’s on the bed along with the clock. Dinnertime just keeps getting earlier and earlier. And I think mom has a new alarm! 😀

“This is a little video skit on what it feels like having a Dachshund for dinner time!” Watch it in full below!