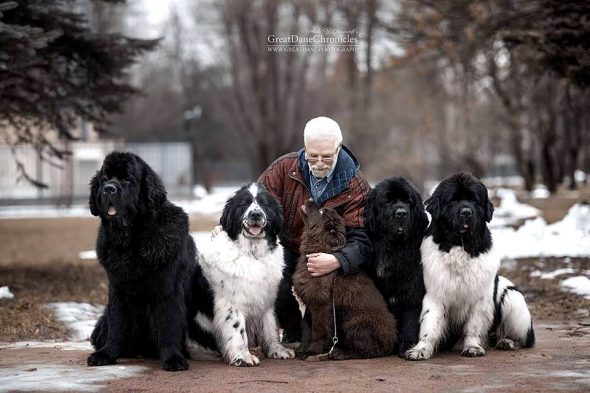 Piroutte shmearouette. Fouetté schouetté. Dogs don’t know thing one about ballet positions or movements, but that won’t stop them from trying, especially not when they have a chance to ham it up for the camera! 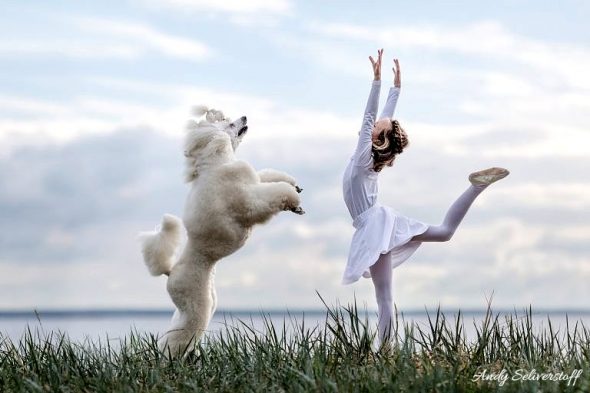 Photographer Andy Seliverstoff (aka Andrey Seliverstov) of Saint Petersburg, Russia is the man behind the camera.  You may remember him for his whimsical Little Kids and Their Big Dogs series, which we shared with you last autumn. 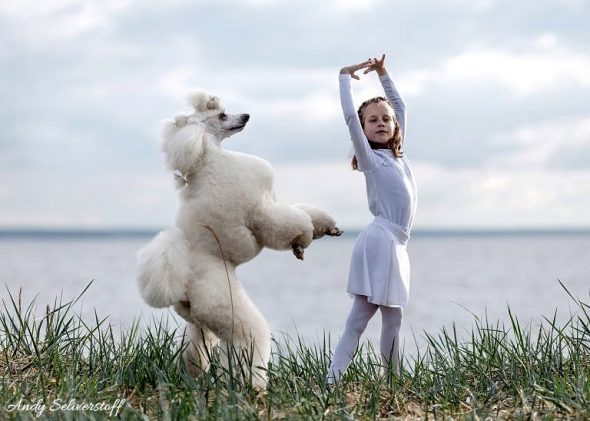 “It’s not an easy task to photograph both children and dogs,” he explained. “And of course for a person who has been photographing dogs for the last 20 years, it’s more difficult to work with kids, especially when they are so young.” 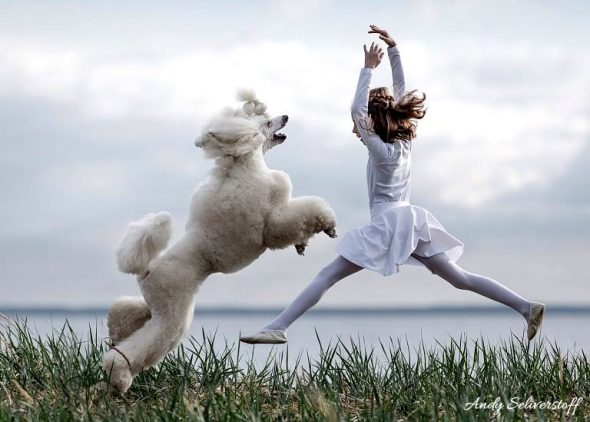 He was inspired to do the shoot by pieces from other artists in the field. 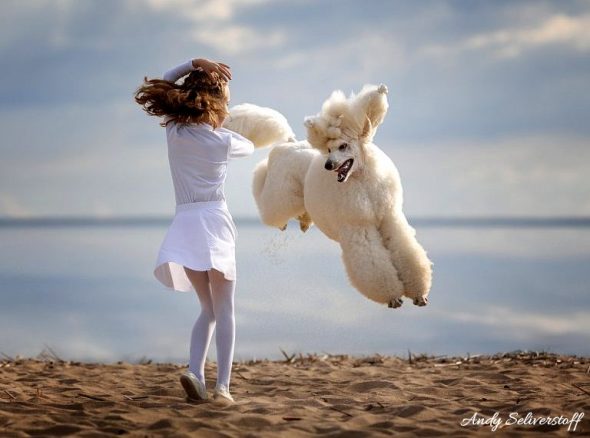 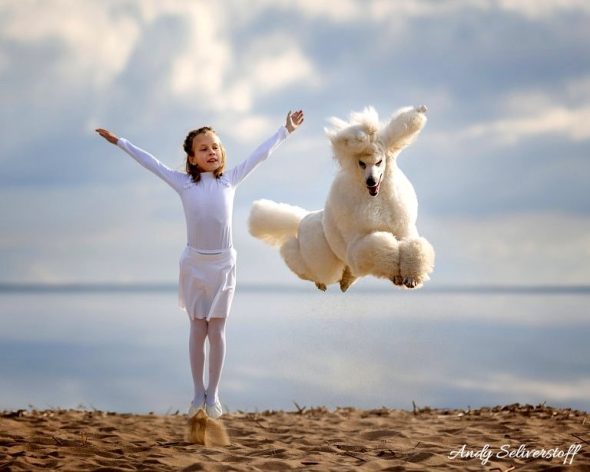 “I became interested in the ‘kids and dogs theme’ when I saw the works of Elena Shumilova and C. Murray, who shoot similar scenes,” Andy explained. “The shots proved to be very popular – when I posted them on social media I immediately received thousands of subscribers.” 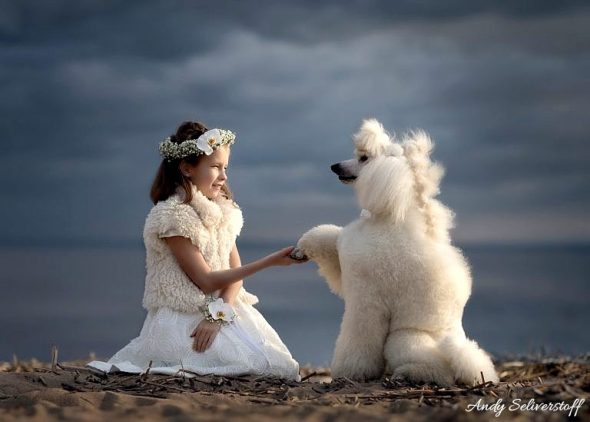 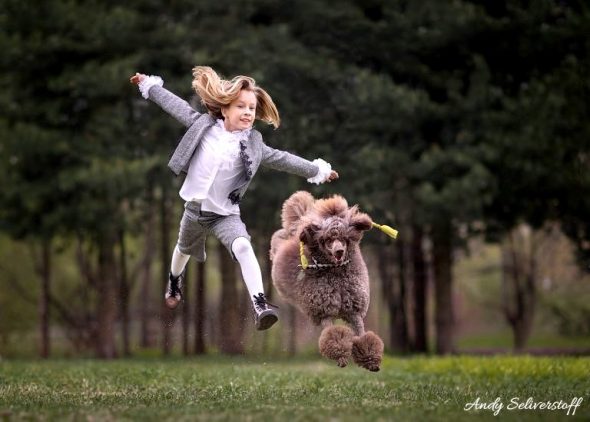 His most recent endeavor has been to capture the graceful movements of 9-year-old ballerina Maria Palkina alongside some furry pals, who thoroughly enjoyed getting to prance and frolic with her. 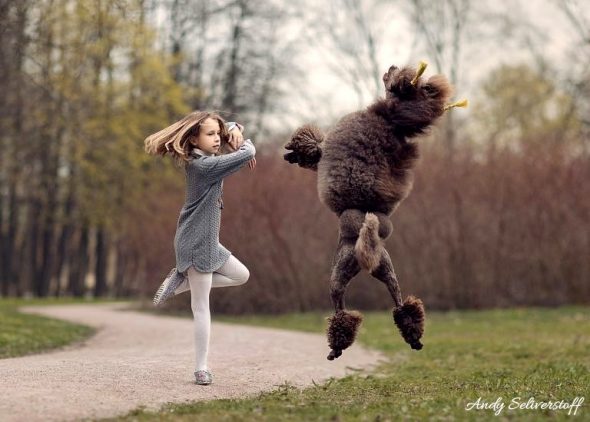 “I am so lucky to be a part of this,” Maria said. “Andrey was able to show the two things I couldn’t live without: dancing and dogs.” 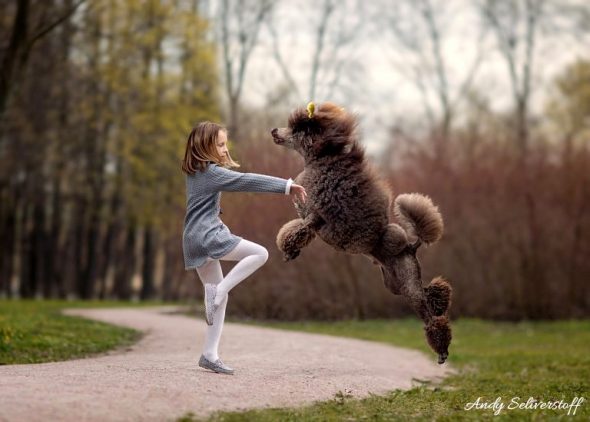 Watch out – this young lady and her doggos may soon make their debut in The Muttcracker! 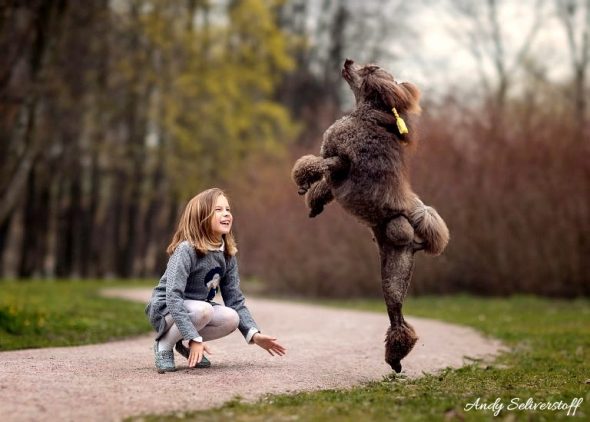 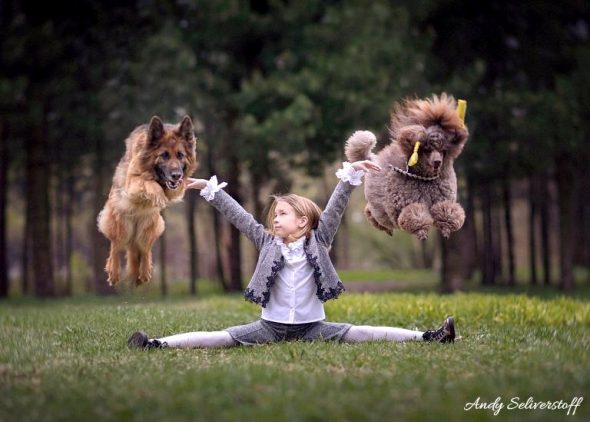