Photographs capturing soldiers posing with the dogs that helped carry messages, detect enemy troops and simply provide comfort in the trenches while they were fighting during World War One have been found.

Libby Hall, of Hackney in east London, has spent four decades collecting dog photos and stumbled on the collection of wartime snaps at a market stall.

The pictures show soldiers, dressed in full uniform, posing fondly with the animals as well as whole companies with the animals that were likely to have been trained to act as messengers, scouts and seekers to find and help the wounded on the battlefield. 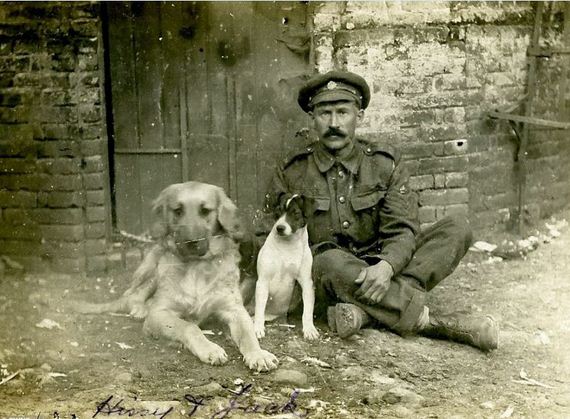 Photographs depicting soldiers in World War One posing with the dogs they kept as pets and messengers have been uncovered, including this one of a Staff Sergeant (Horse Farrier) of the Army Service Corps (ASC) with the Corps pet dogs, Hissy and Jack, in France in 1916 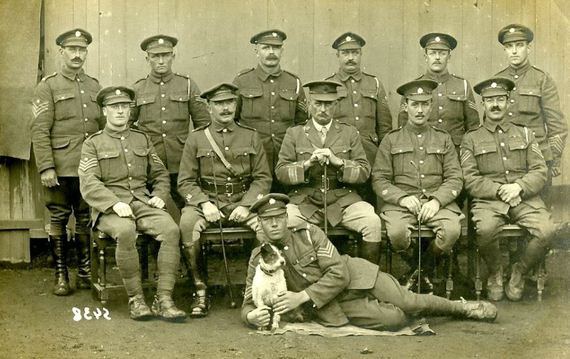 Dogs performed a number of vital roles for soldiers, acting as scouts and seeking out the wounded. The animals were highly regarded by their owners, such as Officers, Warrant Officers, Staff Sergeants, of the Army Service Corps (ASC) who pose with their company dog in 1917 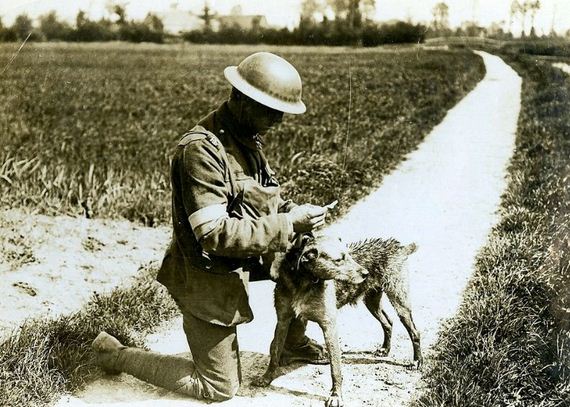 Dogs were quicker, more agile and smaller making them efficient messengers during World War One, like this dog pictured in France in 1918 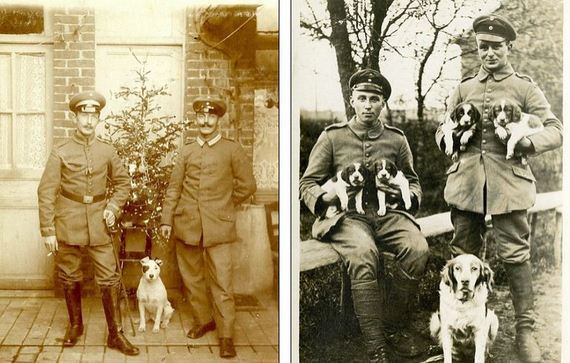 German officers used many dogs during the war, often as messengers and to seek out the wounded, and are seen posing behind the lines at Le Cateau, France during Christmas 1916 (left), while two German Other Ranks officers were pictured posing with four puppies (right) 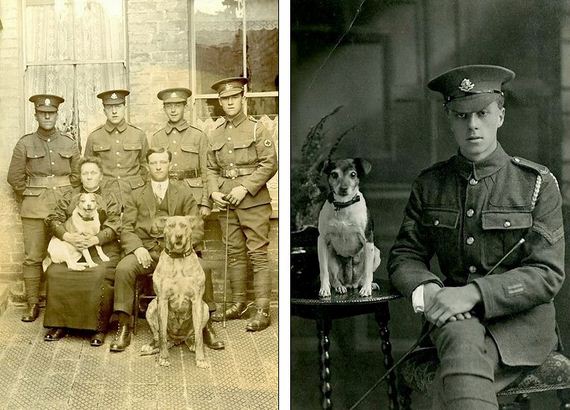 Dogs brought soldiers and civilians together during the war, with civilians posing proudly with the animals in August 1915 alongside four soldiers – most of whom were from the Wiltshire Regiment (left), while a Corporal of the Worcestershire Regiment is with his dog (right) in 1917 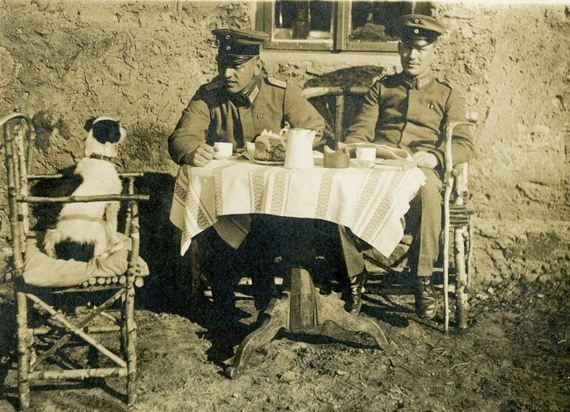 Dogs are seen as man’s best friend and were treated with respect during the war, seated for tea with two German officers in 1917 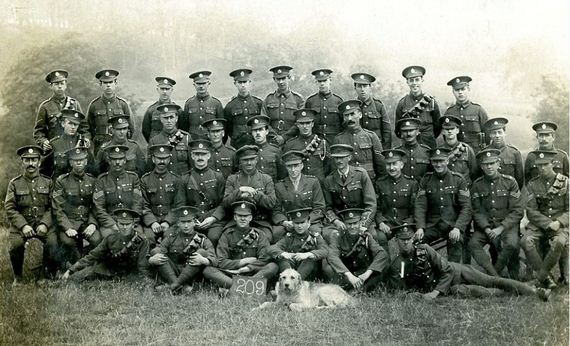 The 209th (Norfolk) Field Company, Royal Engineers, of the 34th Division, pose with their dog – a vital member of the team during the war 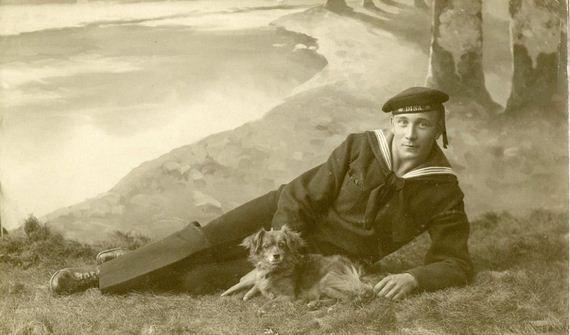 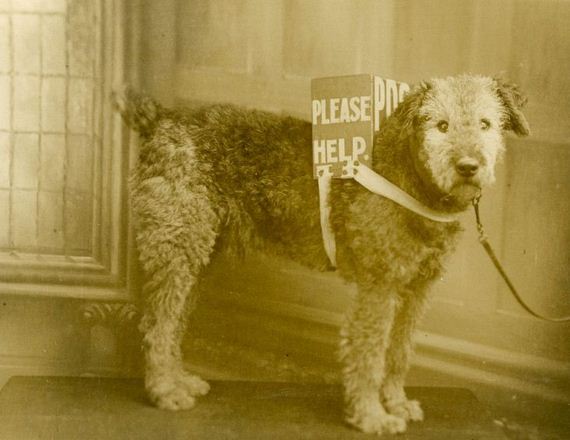 Dogs had a variety of uses during the war, from being companions to messengers and collecting much needed funds like this Airedale 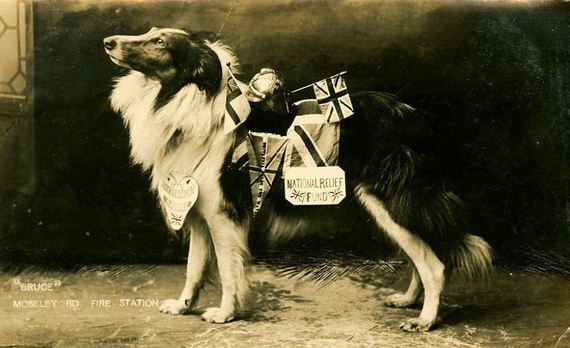 Dogs were often used as mascots during wartime, and Bruce – a Rough Collie – was used by Moseley Road fire station in Birmingham in 1914