The beginning of Mr. Tiny Pants‘ life was not kind to him. The tiny kitten was orphaned and then abandoned by his owners on the street with his umbilical cord still attached. Thankfully, a Good Samaritan found the kitty and scooped him up to save his life. 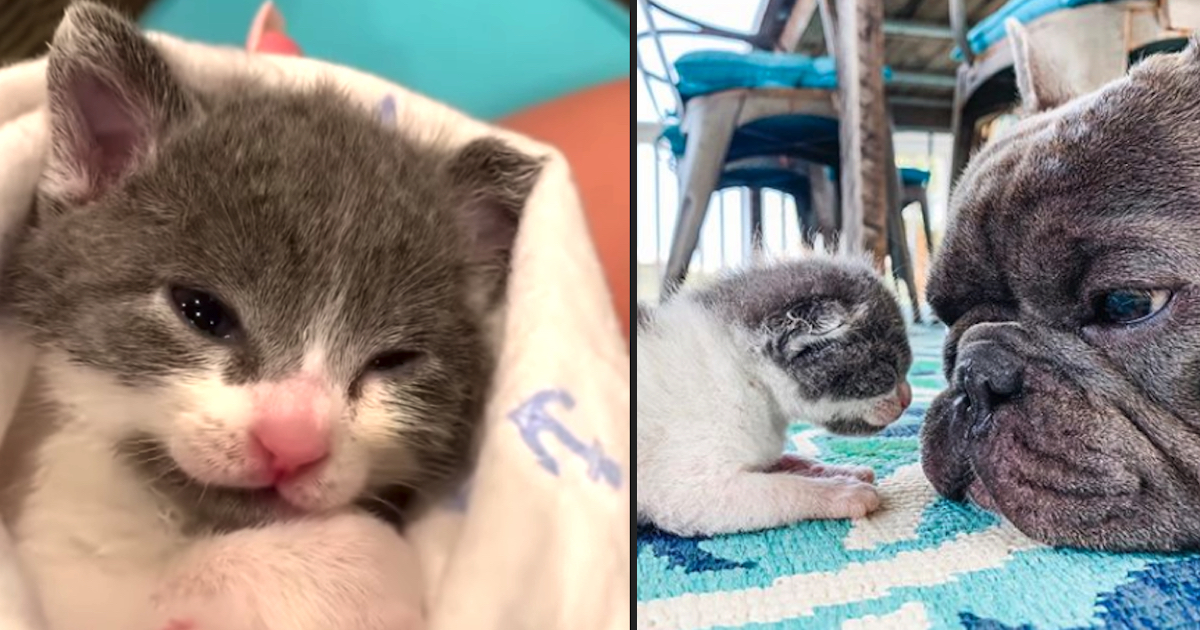 A Florida woman named Beth Walden and her daughter decided to foster the tiny kitten and brought him home to their three dogs. The dogs instantly took to Mr. Tiny Pants and adopted him as their own! The female Frenchie’s maternal instincts kicked in, and she started licking him. Salvador came to check on the kitty anytime he heard the little meows.

Mr. Tiny Pants was very weak the first few days, but under the care of his new human and dog family, the kitten got a little better every single day! He’s in great shape now and has a bright future in a home surrounded by so much love.