Mom sets up her three dogs to record a new trick on video, and it goes smoothly all the way until the very end. A sausage is placed in front of each dog, and Mom commands them to wait. When she gives the word, then and only then are they allowed to eat the sausage in front of them. A basic but rather impressive trick, right? Well, the little dog on the right has his own idea. 😛 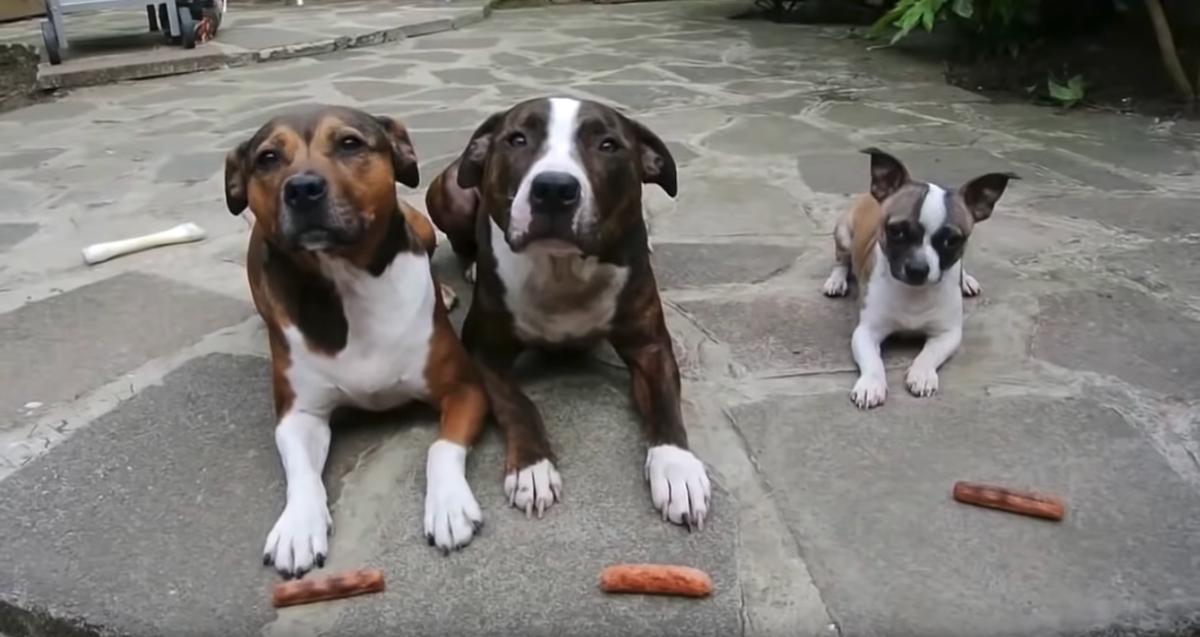 You can almost see it in his eyes as he’s waiting for the okay. He’s up to something, and Mom’s about to see it firsthand! Mom says “okay,” and the little one is the first to jump up and claim his sausage. But he doesn’t stop there. He acts fast enough to grab the other two before his siblings can even figure out what’s happening! What a trickster. 😀