India’s Animal Aid Unlimited received a call about a donkey who had somehow fallen through a tiny hole into a septic tank under a building that was under construction.

He was trapped down there with no way out for possibly more than 24 hours! The water he was standing in was cold, filthy, and up to his chest. If he laid down to relax, he would drown. 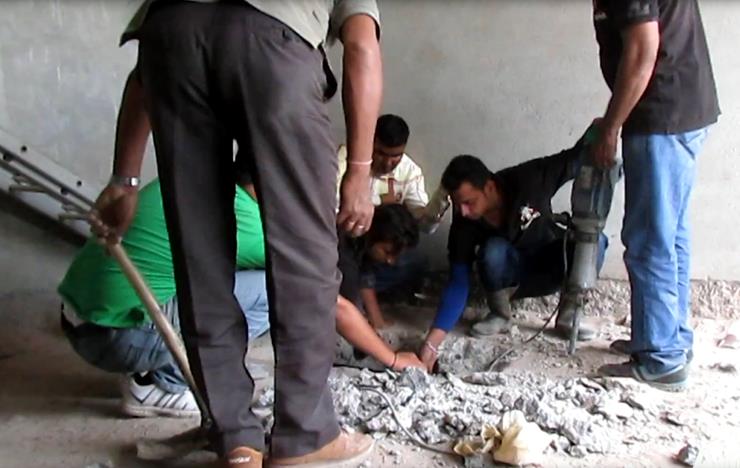 To stand in that in pitch blackness for over a day was probably terrifying. Luckily people came to the rescue. But the hole was too small to safely lift him out, so they tried to break the cement with a pick-axe, but they were unsuccessful. 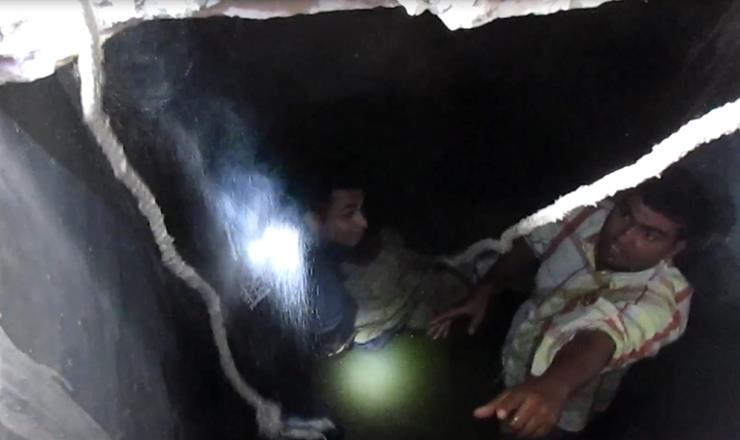 Then they resorted to a jackhammer to make the hole big enough to fit a ladder down. Two rescuers climbed down the ladder and into the hole, and put blankets over the scared animal. Then they tied a rope around him while the others pulled him up and out of the hole. 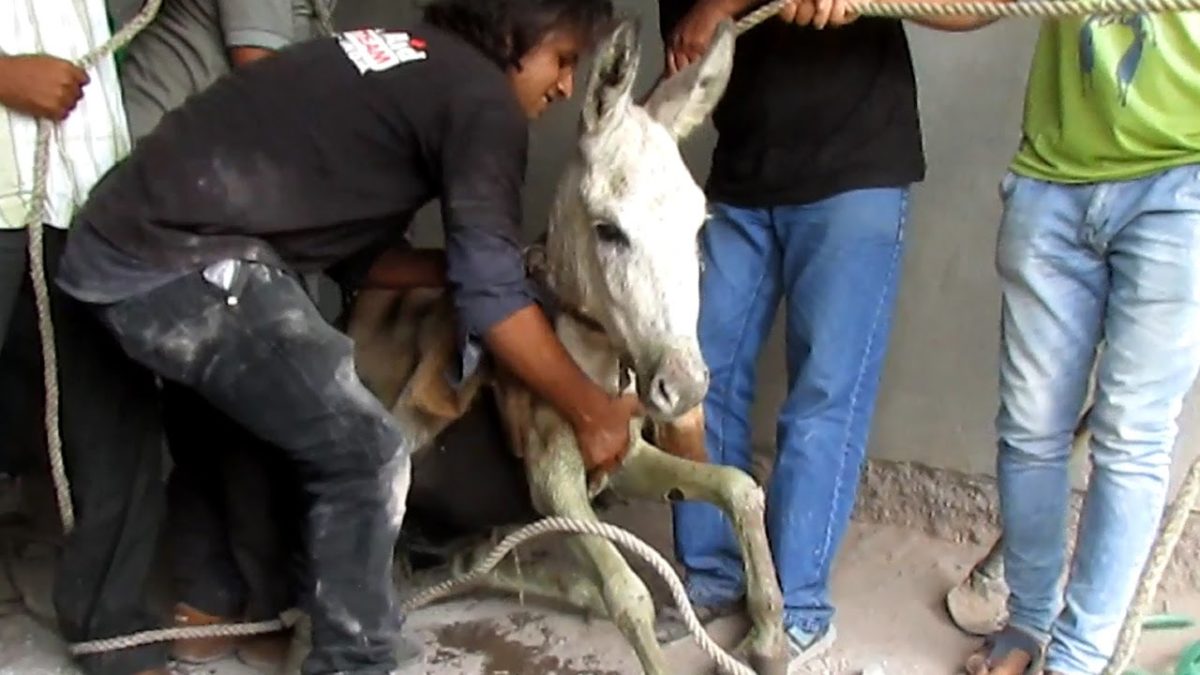 They carried him to safety and he is now healthy and doing well at Animal Aid Unlimited’s sanctuary. He is so happy that he rolls around in the dirt and wags his little tail. 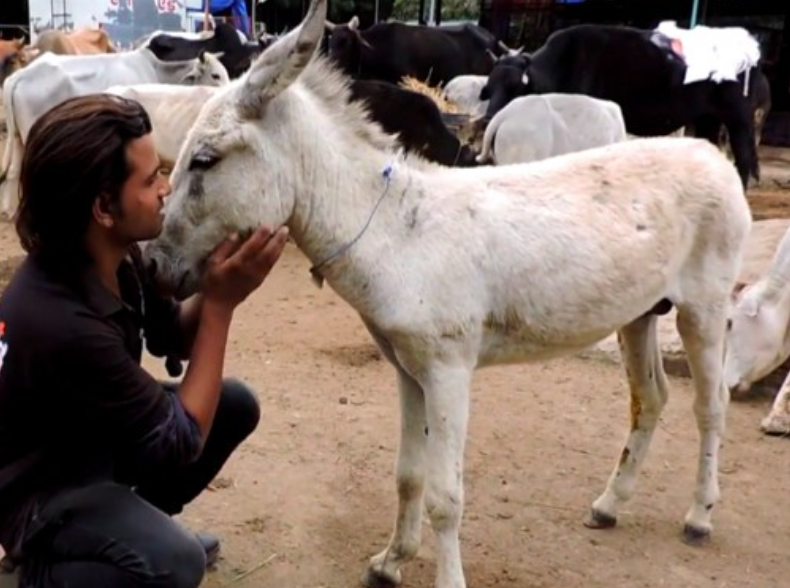 From this day forward he will always receive the best love and care and will get to enjoy the company of the other animals at the sanctuary. He won’t ever have to worry about getting into a terrifying situation ever again. 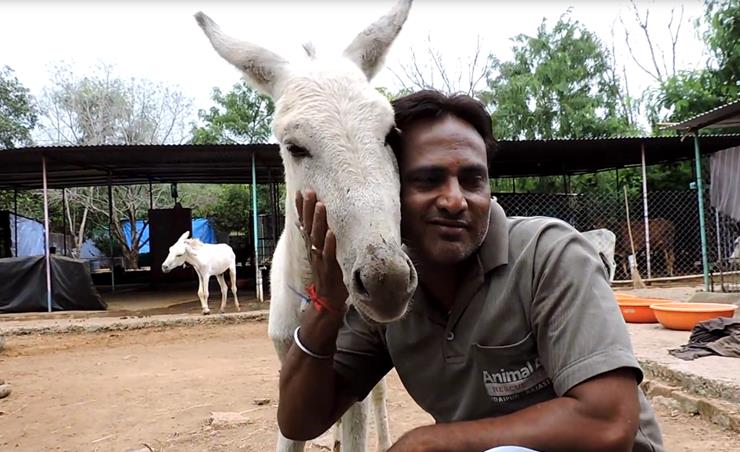 A huge thank you to Animal Aid for saving him! Watch the amazing rescue below: