Napoleon the tiny mixed breed puppy throws the most adorable temper tantrum when his foster mom doesn’t let him sit on her lap. How does she not give in? I’m melting over here!

With the video receiving so many views, Southern Indiana Animal Rescue addressed some questions about Napoleon: 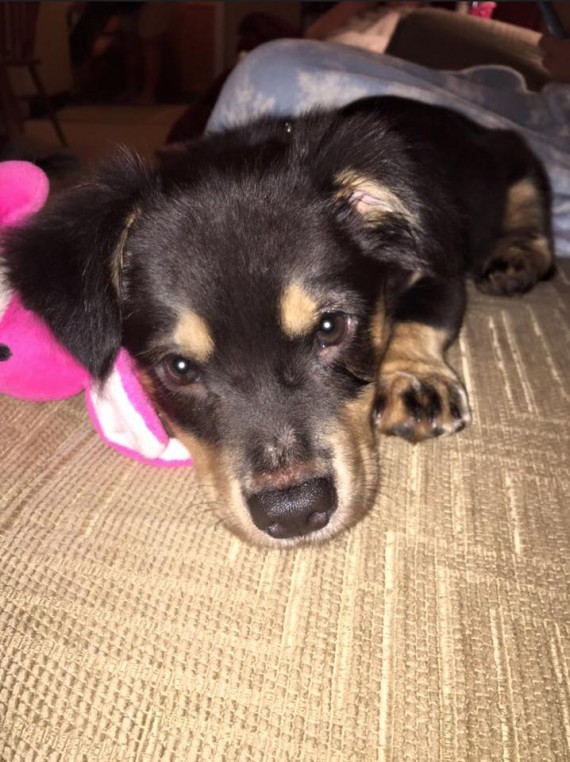 “Napoleon has noooooo idea how famous he is becoming after his video receiving 157K views and counting!!! For one, he can’t read, and two, we haven’t told him. His head is already big enough. 😝

1. We have no idea what breed he is. He came to the rescue with no litter mates and no mama or daddy. We think he may be mixed with corgi and may end up in the 20-25 pound range as an adult.

2. He has a medical condition called megaesophagus. He is currently on 2 different motility medications. This may be temporary or it may not. Only time will tell. His food must be watered down into a gruel-like mush and he must eat with his bowl elevated. Once we get an idea of how big he is we hope to get a Bailey Chair for him.

3. His veterinarian also believes that he may have dwarfism based on his stubby appearance. Since there isn’t really a test to diagnose this condition, we just have to wait and see how he grows and if any other medical issues arise.

4. Due to Napoleon’s medical condition we aren’t accepting applications at this time. Our main focus is to make sure his condition can be manageable and that he is healthy. Right now we have to be extremely careful that he doesn’t accidentally eat any type of dry dog food, get a hold of any treats and we also have to make sure that there is no chance that he could get a hold of any human food that may fall to the floor. His foster mom is constantly keeping a watchful eye on him. One wrong move could cause him choke very badly.

….so for now we hope you enjoy his video and we will try to keep everyone updated when we can.”