Trimming a dog’s nails is a necessary part of grooming, but not all dogs are willing participants. Most pets will avoid it at all costs.

A dramatic pit bull named Ginger tried her best to avoid getting her nails trimmed by pretending to faint. Even though her attempt to escape failed, her performance was Oscar-worthy. Thankfully, it was captured on video for all to see. 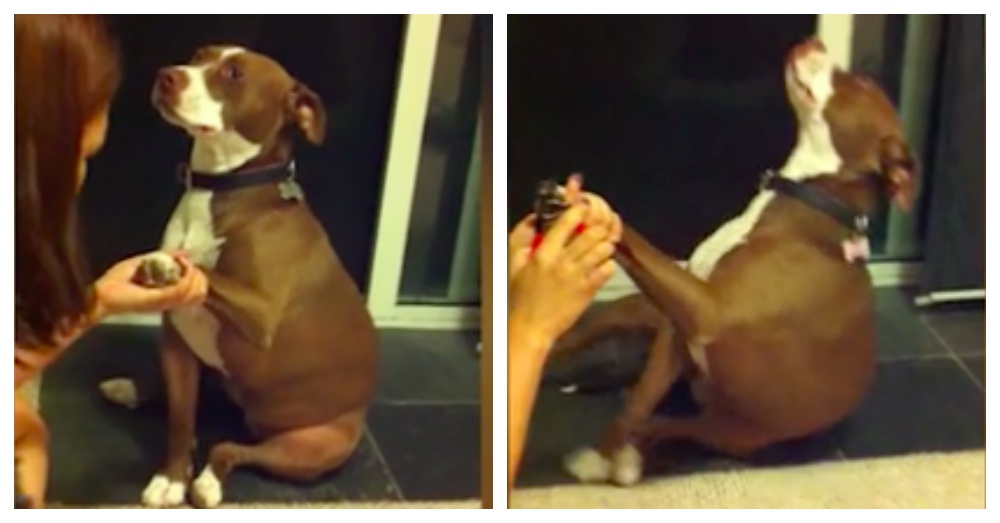 In the video, Ginger’s mom started off by petting the sweet pup and showing her the nail clippers. Then she politely asked for Ginger’s paw but the pup refused and simply ignored her mom. Her mom then lifted her front paw and attempted to trim her nails, but Ginger dramatically pretended to faint and rolled onto her back in slow motion.

The person recording the incident couldn’t hold back their laughter and said, “There she goes.” Her mother continued to trim Ginger’s nails unfazed by her dramatic performance. 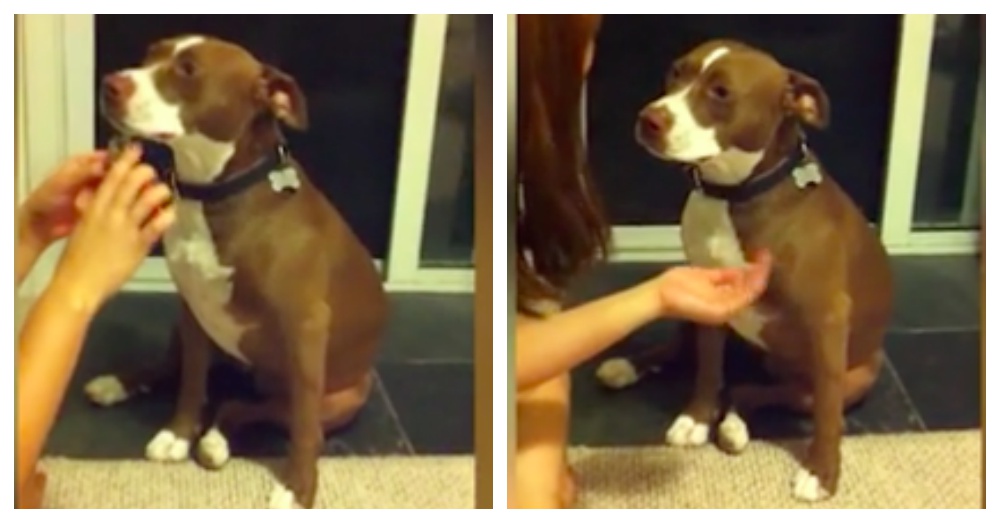 After realizing that she had lost the battle, Ginger gazed at the camera as if saying, “Help me”.

The video went viral and many of the viewers related to the battle known as ‘Dog Nail Trimming’. One person wrote, “Mine won’t let me near, so you’re winning. But it was hilarious!” Others shared tips on how they trick their dogs into letting them trim their nails. 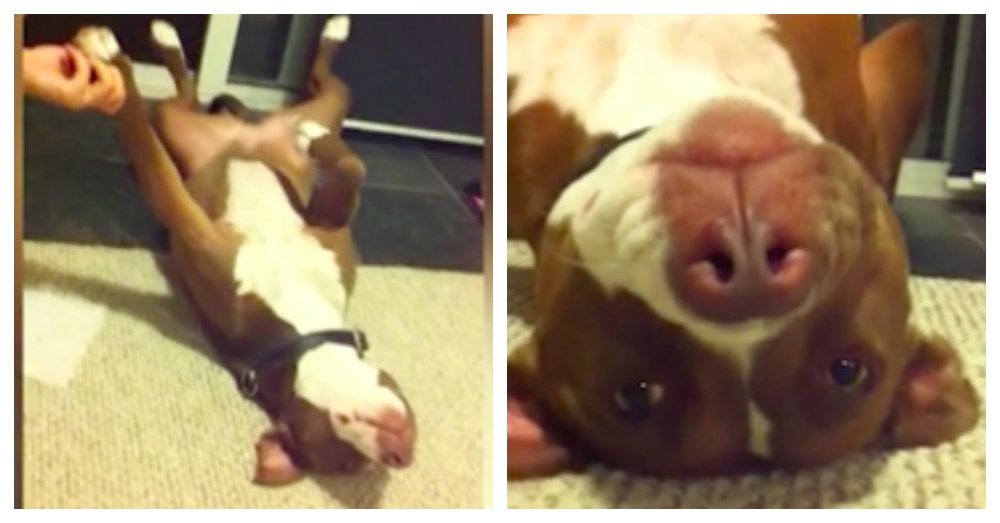 “Mine will let me cut her nails, but only if given a continuous stream of hot dog bits. Otherwise she acts like she’s been murdered,” wrote a viewer.

Watch Ginger’s dramatic performance in the video below and don’t forget to share!