A masked man in Sacramento, California might very well be nominated for one of the “dumbest criminals” in the state. His idiotic attempt to grab a gumball machine from the foyer of the Front Street Animal Shelter on Saturday showed his stupidity. 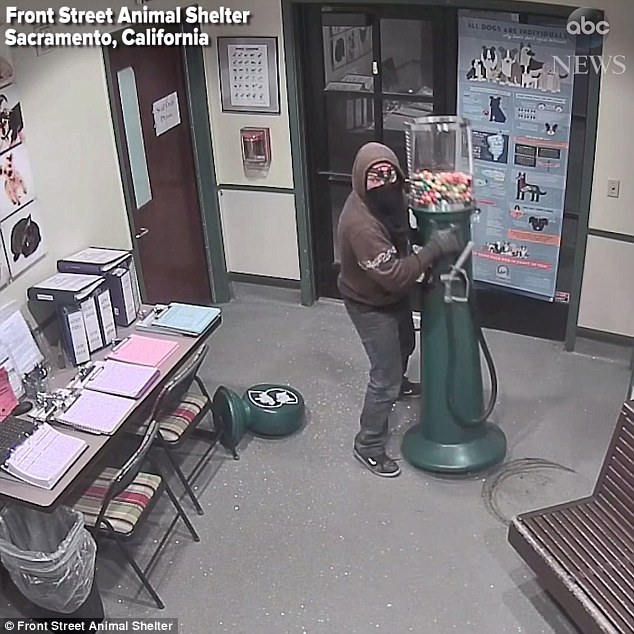 The entire act was caught on security cameras, and began with the masked bandit crawling into the rescue through a small opening in the front door. Once he grabbed the candy dispenser and tilted the machine to move it back through the small opening, the top fell off and hundreds of tiny round candies spilled not only inside but outside of the building too. 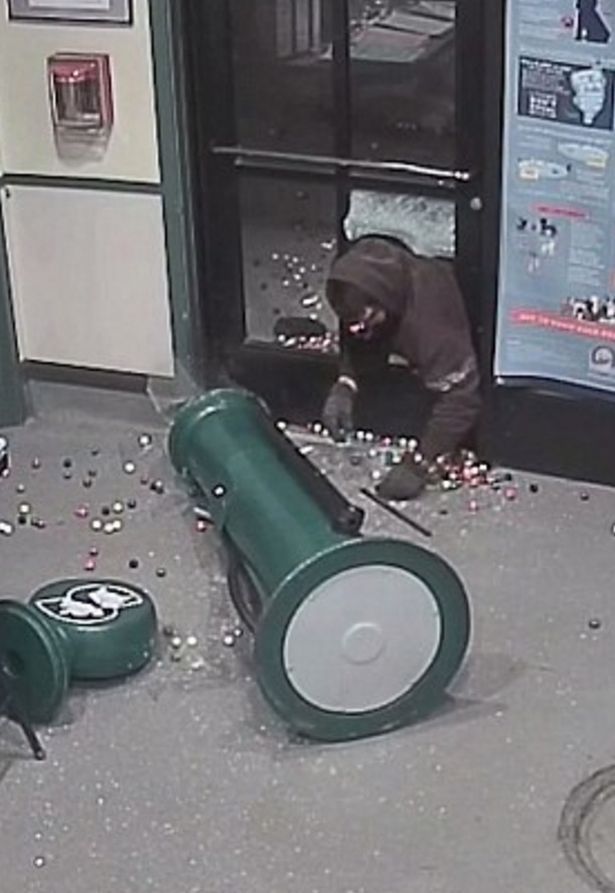 Still the dope wasn’t about to give up and tried to force the machine out of the front door, but eventually figured out the machine was too big to get out of small opening. Obviously angered over his own stupidity, the burglar then dragged the machine out through the back door – all the time at least 50 dogs barking at him – most likely laughing at how stupid he appeared. 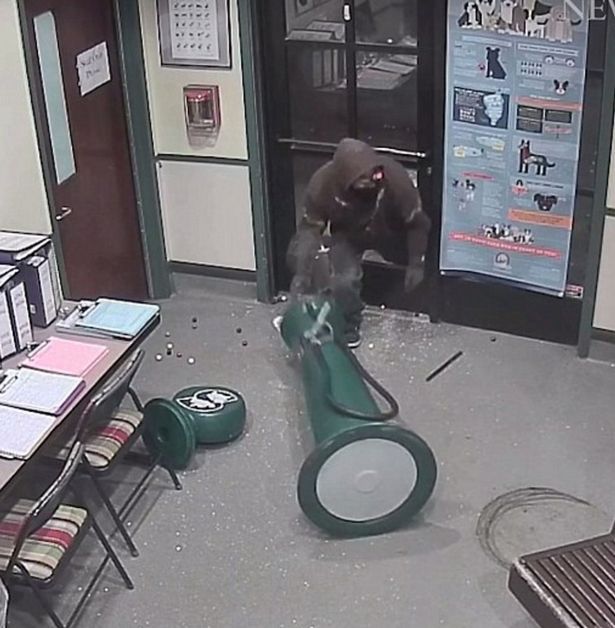 Once outside with the candy dispenser, the man threw it over a fence before leaving the area. Oh, the burglar failed to notice a donation box overflowing with money within just a few feet of his candy machine caper. 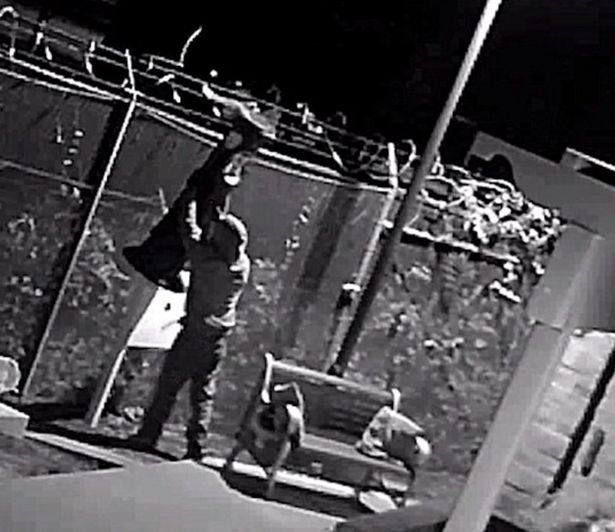 Sacramento police are investigating. The video was posted on Facebook hoping someone will perhaps recognize “Sacramento’s dumbest criminal.”