A white German Shepherd was found by some people while they were walking on a mountainside in the Fochriw area of South Wales. The dog was rolled in a carpet and had been dumped on a pile of garbage. When found, the dog was still alive, but in terrible shape. The dog was rushed to a veterinarian and was in intensive care for several days.

Sadly, despite all of the care, the dog showed no improvement. It was decided to it would be best to end his suffering and euthanize the dog. A spokesperson from the RSPCA said it was a difficult decision for the staff that had been caring for him, but it was done in the best interest of the dog.

Take a look at this poor darling 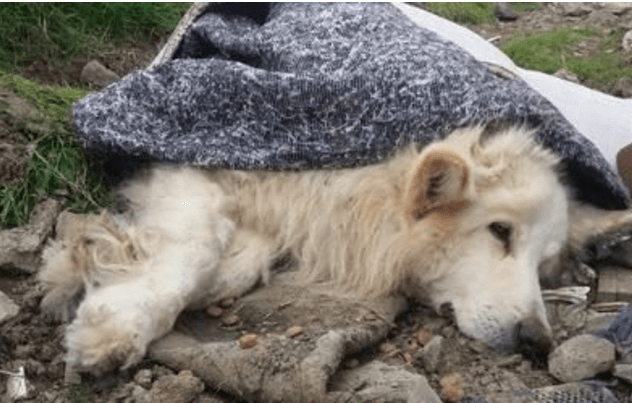