Putting a dog to sleep is always a sad and painful event. You’re sad that circumstances led to their end, and you hope they’ve enjoyed the time they had. But what if the past couple of years were incredibly tough for the dog? How does one celebrate the end of a dog’s troubled life?

You do exactly what this group of animal-loving volunteers did. 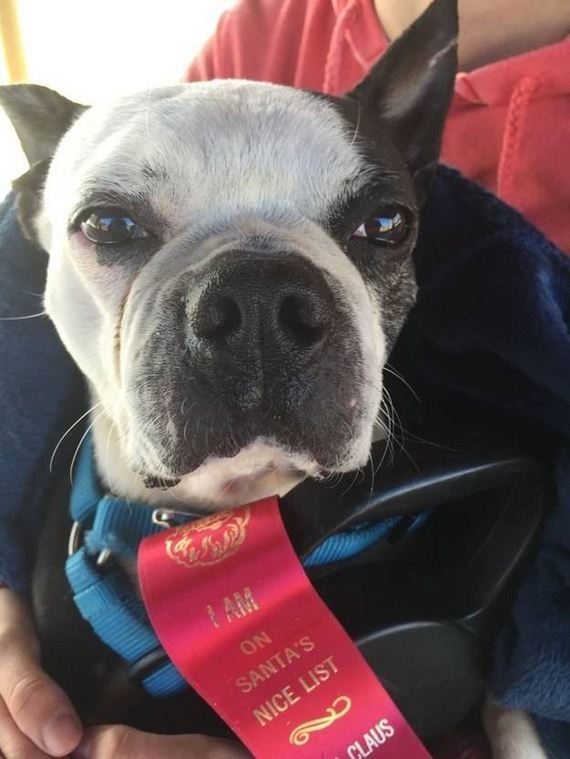 Butch the dog was found roaming the streets of Pinson, Alabama, after spending two years on the streets. Butch had to eat scraps from garbage cans to survive until he was found a week before Thanksgiving. 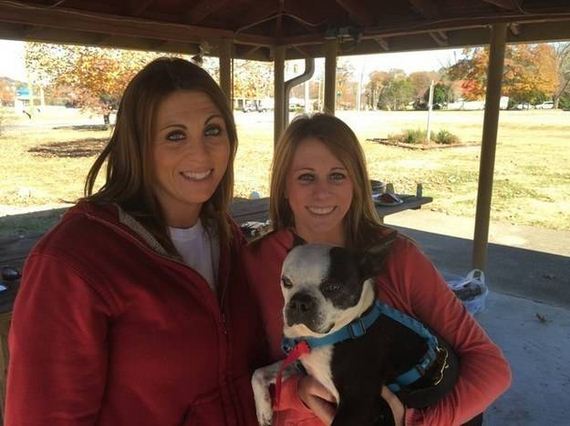 He was then turned in to a local Boston Terrier Rescue Shelter. It was soon discovered that his trachea was leaking, his heart was in bad shape, and he had very little lung capacity. Butch had to be euthanized. 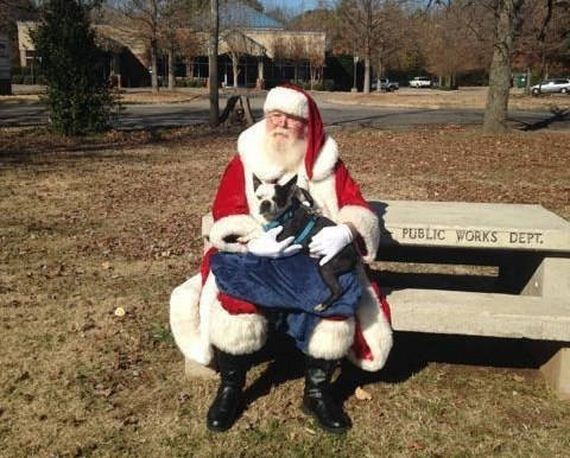 After learning his fate, the girls who found Butch decided to help him have the most memorable time of his life before he would be put to sleep. To start, they took Butch to meet Santa “Paws” for an early Christmas. 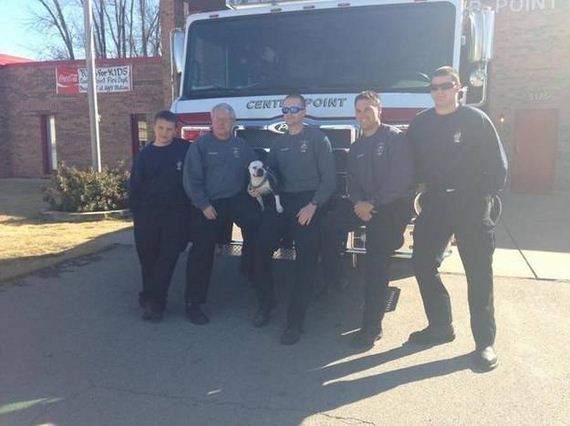 Then he met the local fire department and lived the dream as a firehouse dog. 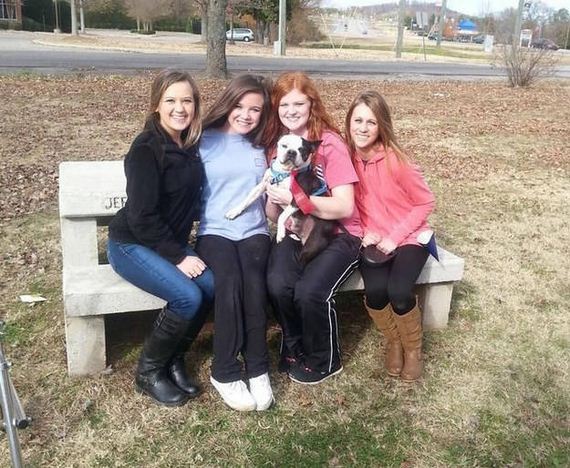 Finally, he went to the park for an awesome going away party. 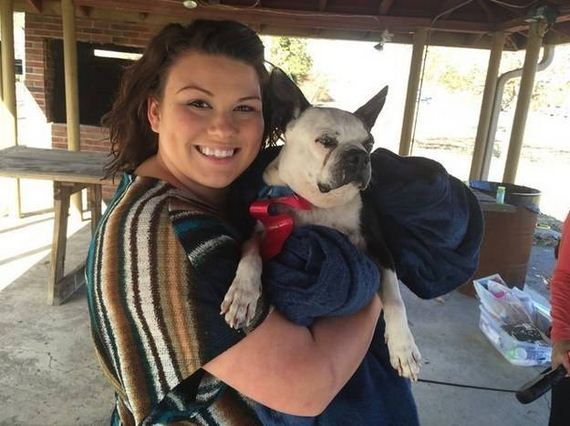 He met lots of new friends… 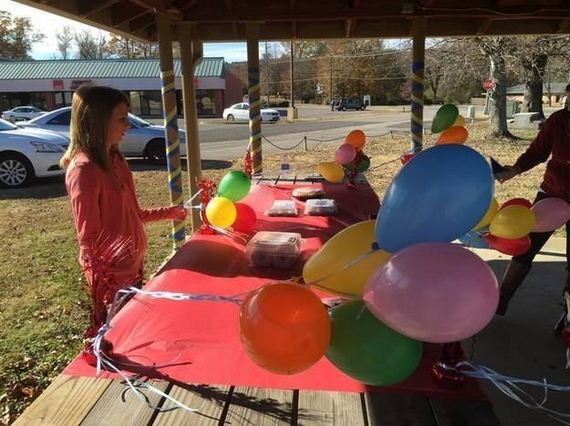 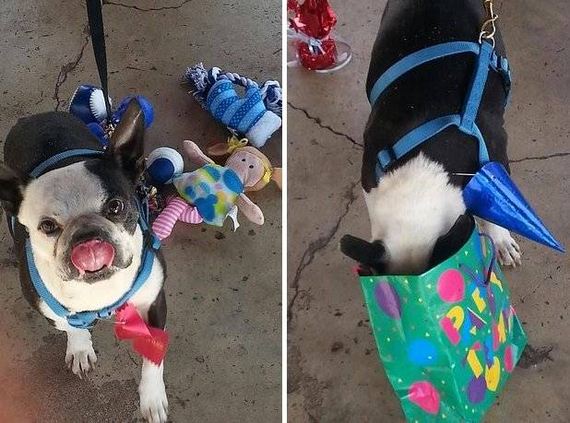 … and even a few presents! 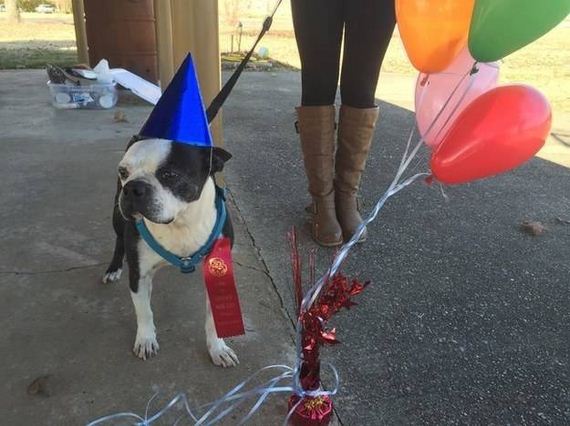 Not long after the party, Butch silently passed away at the home of the girls on Saturday after Thanksgiving. 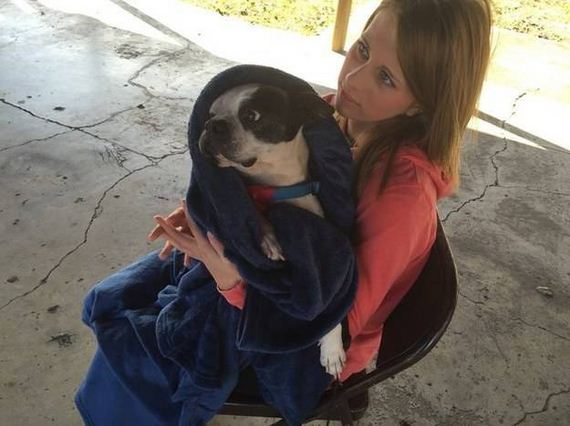 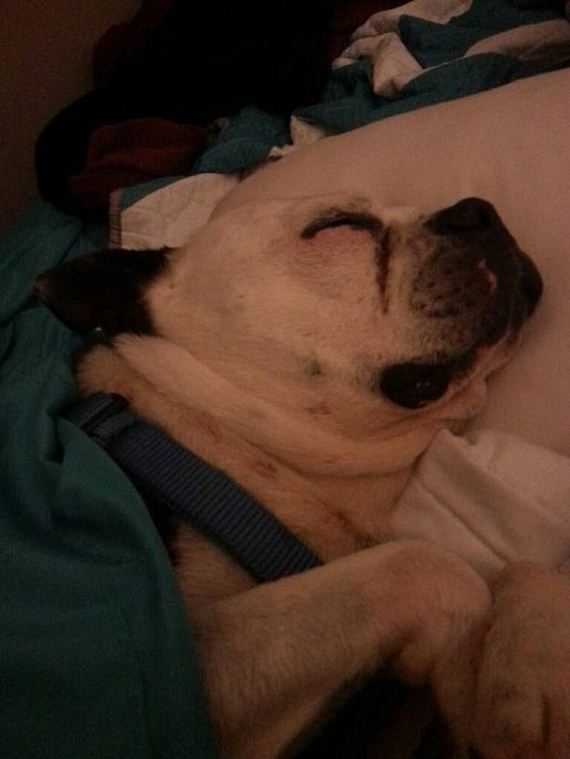 Maybe these people did this for Butch because they were in the holiday spirit. Maybe they just love dogs. Either way, what these girls did for Butch in his final days brought more than a tear to my eye. Bravo girls, and may you rest in peace, Butch.