Animals are capable of forming bonds that are just as strong as what humans can form. Although animals may not be able to talk, they can communicate. They are able to sense things about people and other animals, and sometimes they know just what needs to be done. 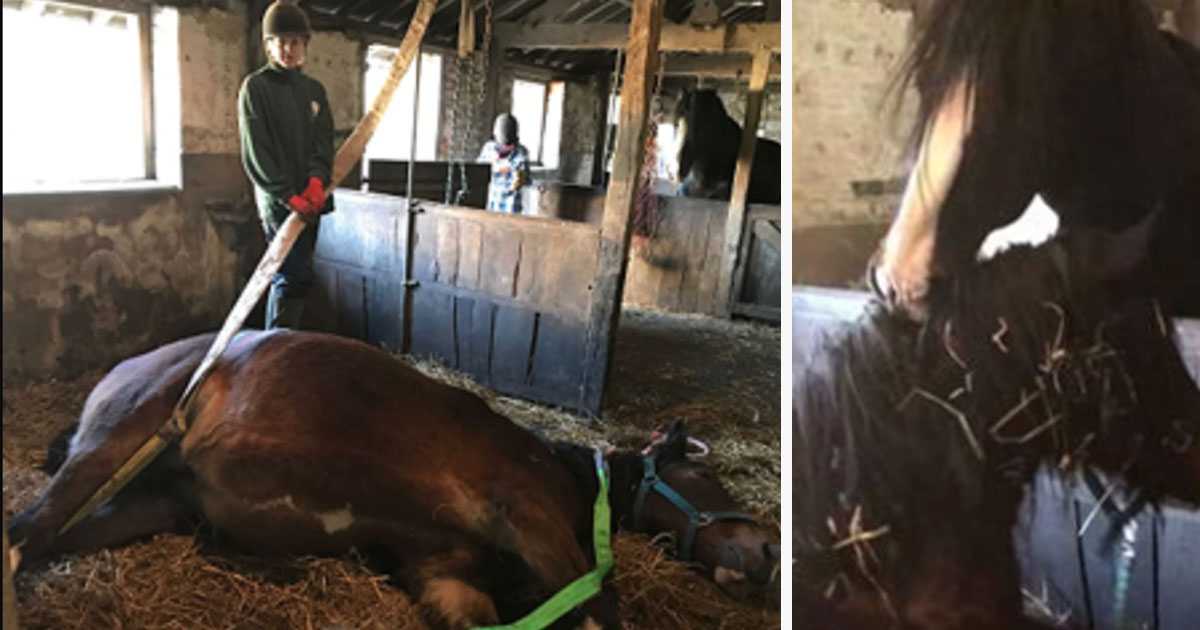 When a shire horse named Beatrice became ill, it took another horse to save her life.

Shire horses are a type of British draft horse that are like Clydesdales. They are big, strong, and hard working. Beatrice was 16 years old when she started showing signs of equine colic. The symptoms include bloat and abominable pain.

Some horses are only affected by colic for a short time and are able to recover quickly. Others deal with it chronically, and they become weaker and sicker with each spell of it. Beatrice had been struggling with colic for a long time, and she was tired. She had laid down in her pen and wasn’t planning on getting up.

Horses cannot be off their feet for very long, or they suffer from internal organ damage.

Most healthy horses refuse to stay down for very long for this reason. Beatrice was refusing to get up, which told her owners that she wasn’t well and the end was near. 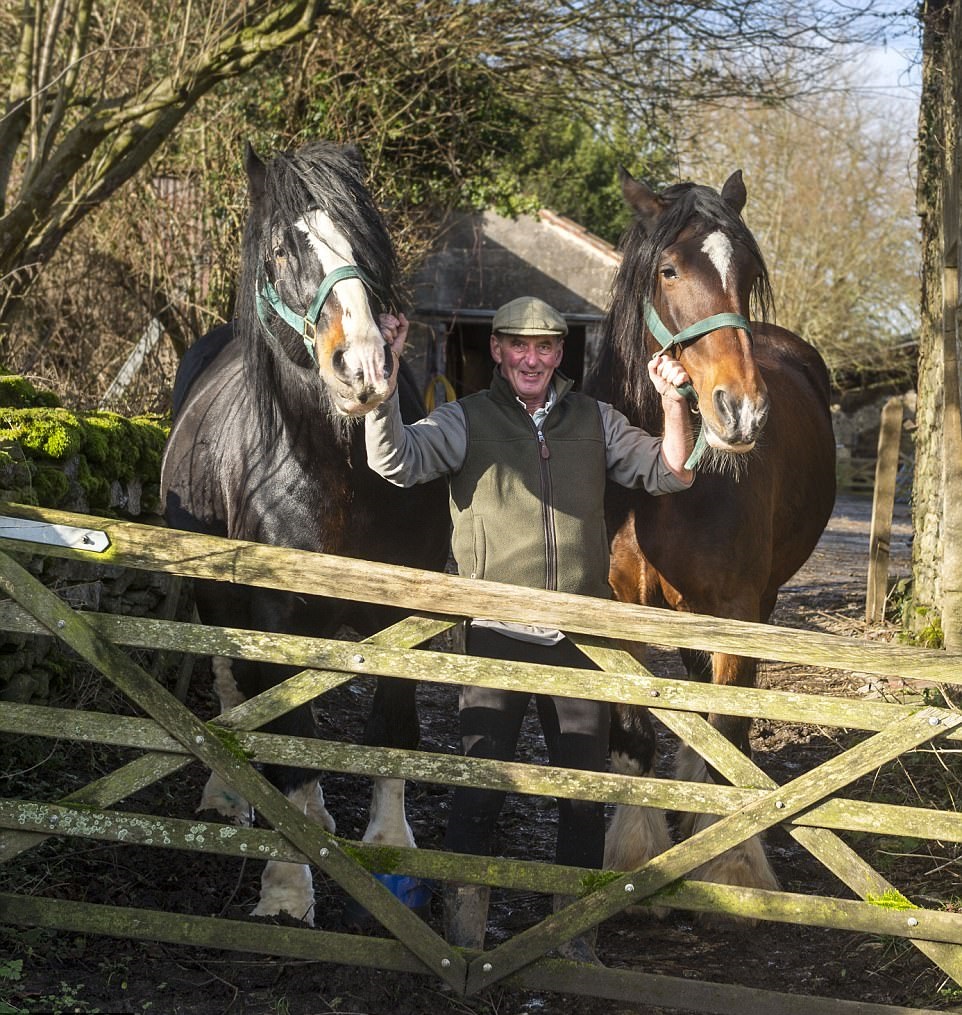 To help Beatrice avoid a long and painful death, they planned to euthanize her.

First, though, they were going to try everything they could to get her back on her feet. They tried coaxing her up and even physically pushing and pulling her up. She was just too heavy, and they couldn’t budge her.

They even attempted to make a pulley, so she could have some support and use her legs to stand. Beatrice just had no desire to get up. It was as if she had given up on life. Her owners knew it was time to put her down. Even though they loved Beatrice, they had to do what was right. She deserved a quick death.

Before they could do it, one of the owners decided to buy some time by letting out another horse named Beau. Beau is 11 years old, and he and Beatrice were good friends. Instead of going out for a run, he ran right over to Beatrice’s stall. 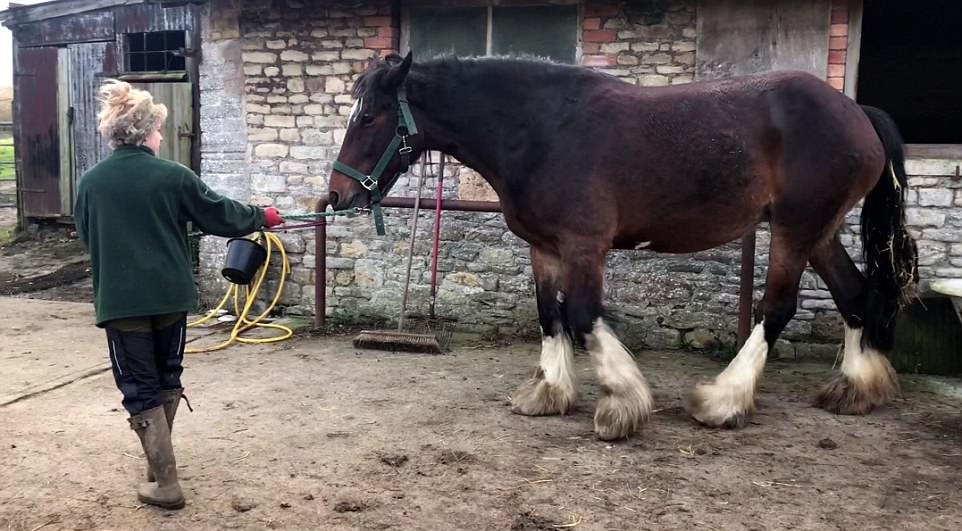 He wasn’t going to let Beatrice give up. He started nipping at her and pulling on her mane.

He did it more and more, and Beatrice started to respond. Before long, she started to try to stand. Finally, she hopped up. The other horse was able to do what her owners couldn’t.

They were surprised to see how fast she recovered. One of her owners, Jane Lipington, said:

“We all watched with amazement. He lifted her so that her chest and legs came up off the ground, with a little encouragement from us she got shakily to her feet and we quickly walked her out into the yard trying to stop her falling down.” 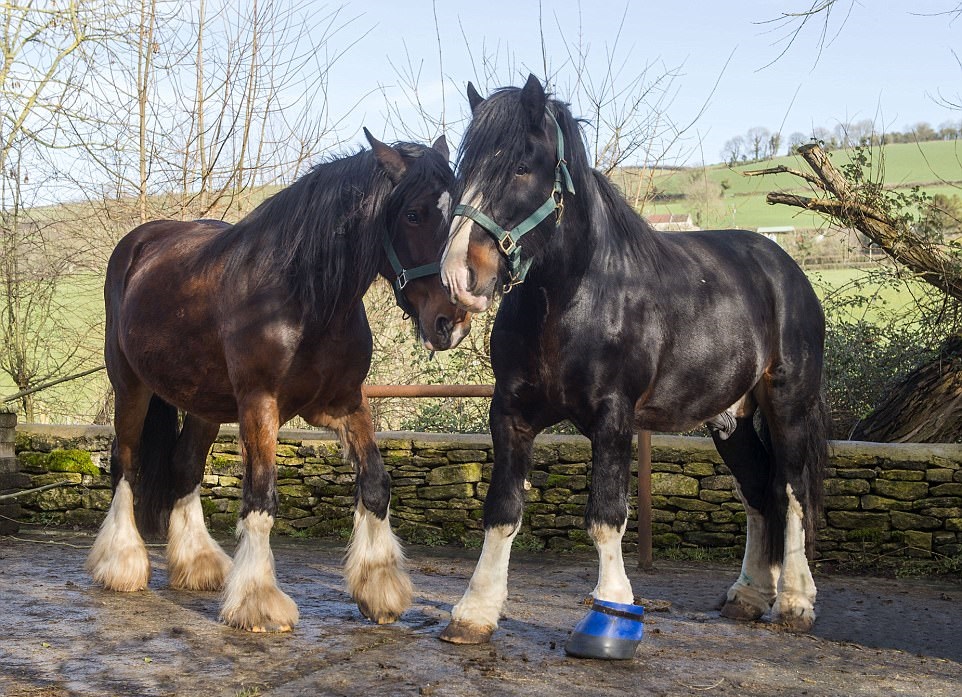 They were thrilled to see that Beatrice chose to stand.

What had convinced her to do it? Was Beau trying to tell her that he needed her? Did this give her to the will to live? Her owners aren’t sure what caused the change, but they are grateful for it. Beatrice is now doing well and living a great life. She and Beau are still the best of friends.