April of 2014 was a VERY rough month for the Pietrzyk family of Colonial Heights, Virginia.  Louis, a beloved member of the family escaped the family car and took off, and was missing for two years.  The family tried endlessly to find him, putting up signs and bringing awareness to their missing family member to anyone that would listen, but for all intents and purposes, Louis was gone.

As the days turned into weeks, and then months, the family lost hope that they’d ever see their beloved Louis again.  He’s tiny, and it was thought that survival on any scale wouldn’t be very easy for him if not impossible.

“It’s just not possible that he would survive,” said Janina Pietrzyk.  “We were heartbroken.  It was a nightmare.  We treat our dogs like our family.  We felt tremendous guilt.” 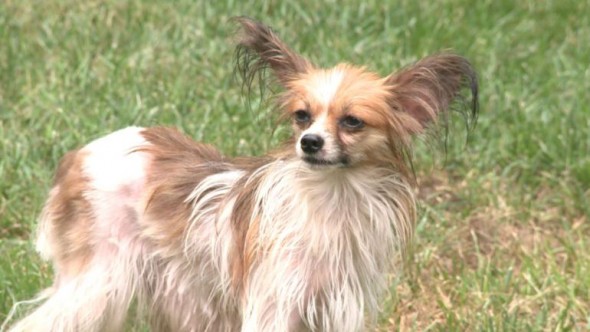 Not too long ago, a dog that fit Louis’ description was spotted near a home close to Interstate 95 which leads through Colonial Heights.  This was less than two miles from where Louis was last seen.  It didn’t stop there, either.  Others were reporting the loose dog in the immediate area, and eventually, Colonial Heights Animal Control finally set up a live-trap.

The trap wasn’t up for very long before the Pietrzyk got a phone call.  One they’d been waiting for two years.  Louis was found!  When Janina Pietrzyk got the phone call that he’d been located and was alive and well, she almost didn’t believe it at first!

“My jaw just dropped and my heart started beating faster,” said Janina Pietrzyk.  “I said, ‘Oh my God, are you kidding me?’” 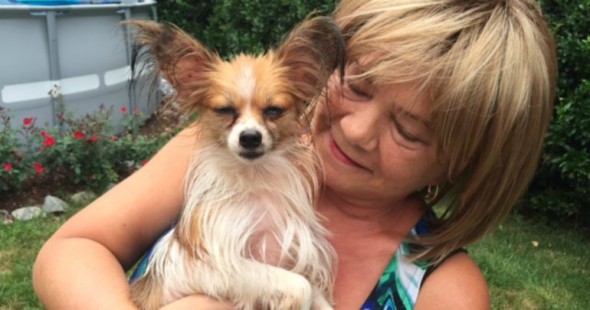 Regardless of what at times must have seemed like a mountain of adversity, this plucky little guy managed on his own for two years!  When found, he wasn’t in perfect condition, however it needs to be said that given his odds, this really might be a miracle!

Louis will be seeing a vet today for a full once-over.  Just to make sure there aren’t any conditions that’s he suffering from that might not be readily visible to the naked eye.  For now, the family is just so happy to have him back.