If you grew up in a home with pets, you know that, as they get older and frailer, you have to take care of them and pay more attention to what they do. But you do it with love, because your pet is part of your family.

Bama is a 10-year-old Lab. He is nearly blind, but his owner loves him all the same. Bama is used to wandering around his neighborhood, unattended, to visit neighbors. His owner lets him. Usually, he doesn’t get into much trouble — but this time, he fell 40 feet into an uncovered well.

One of the neighbors was working on the well when Bama accidentally slipped inside. He didn’t even see the hole in the ground. But luckily, the dog was alive after the fall.

Now, it was up to rescuers to get him out unharmed. Firefighters and animal control arrived to the scene and spent three hours trying to get him out…

Now scroll down to see the poor pup finally rescued! 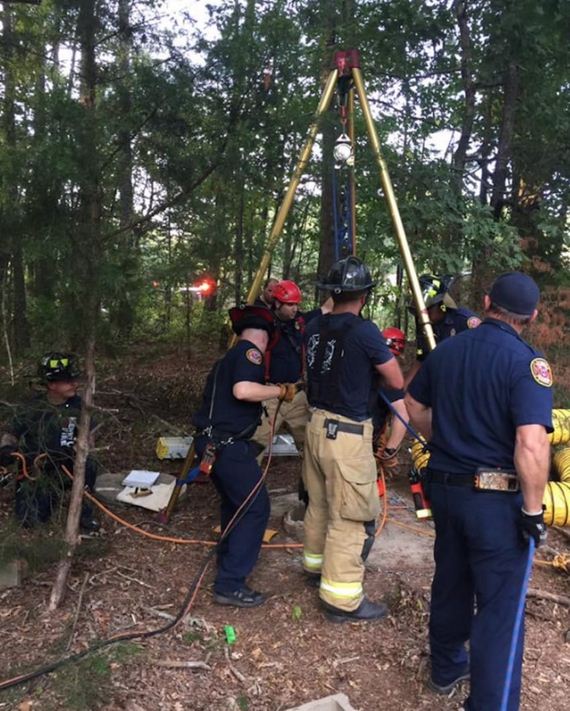 Bama, a 10-year-old blind Labrador, fell 40 feet into a well while on a stroll around his neighborhood. 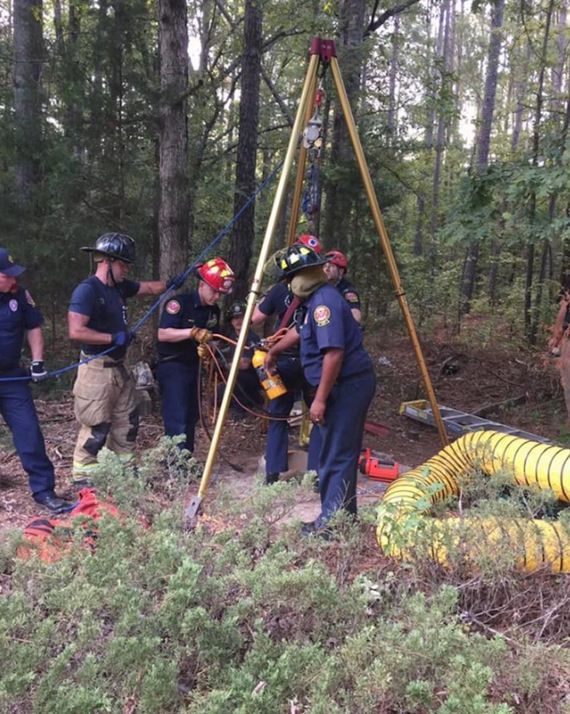 The poor pup likely didn’t see where he was going. 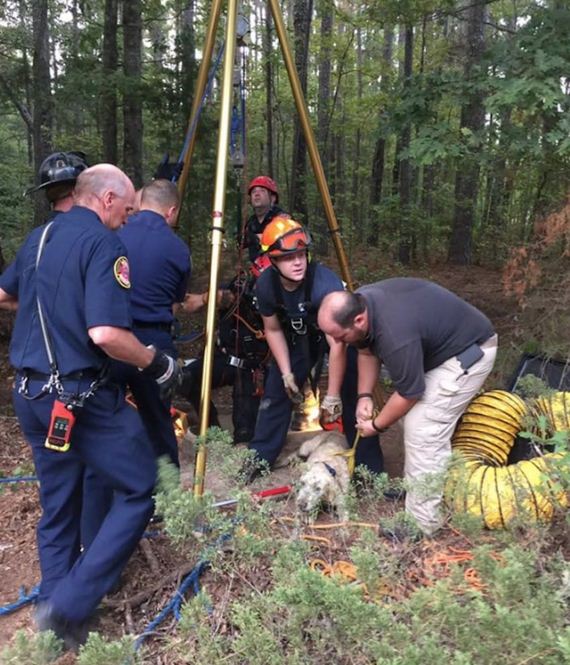 Firefighters and rescue crews arrived on the scene, and spent three hours trying to get Bama to safety above ground. 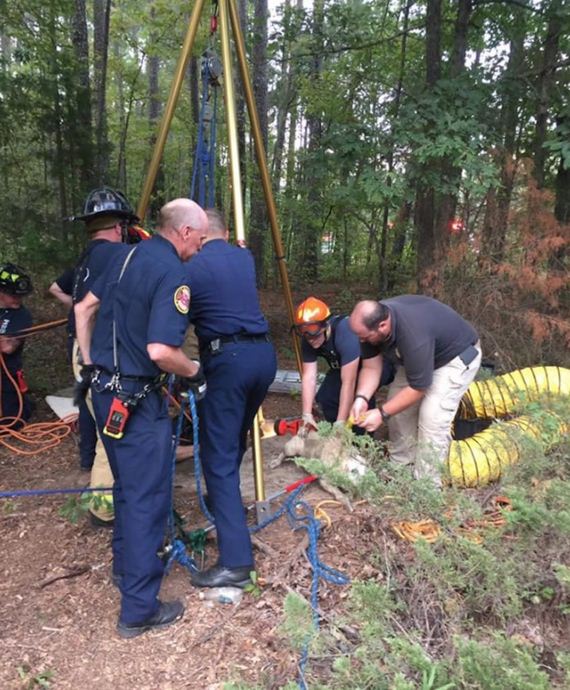 It was a tricky matter: Oxygen levels inside the well had to be regulated constantly, and getting the ropes around the elderly dog wasn’t easy. 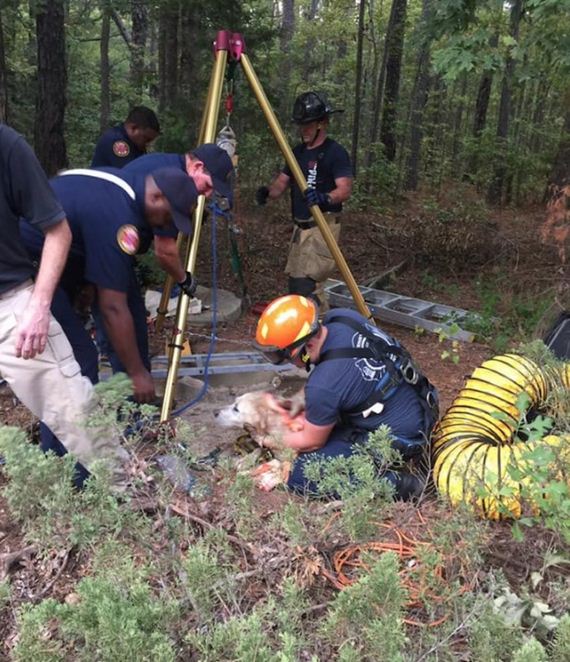 But eventually, Bama was lifted out of the hole, and went home safe and sound. The first thing his owner did? Gave him a hug!