Back in February, we told you about Vladimir Davydov, the elderly Siberian man who refused to give up the search for his German shepherd, whom he believed was stolen. It is with great sorrow that we bring you the update that Davydov has died, allegedly of a broken heart from never having found Yan. Now his friends are raising funds to honor them.

His life was like a country song: first he lost his wife, then while filing paperwork after being fired from his job as a night watchman because of a leg injury, his beloved Yan was taken.

“Suddenly I heard my boy whining,” he said. “By the time I reached the gate on my crutch, he was no longer there. I saw only a blue car disappearing. I asked God, ‘Let them give me back my dog.’”

The 77-year-old man was devastated, but resolved to find “his only friend in this life.” He wandered the streets on zero degree days, retracing his movements, hoping to track Yan. 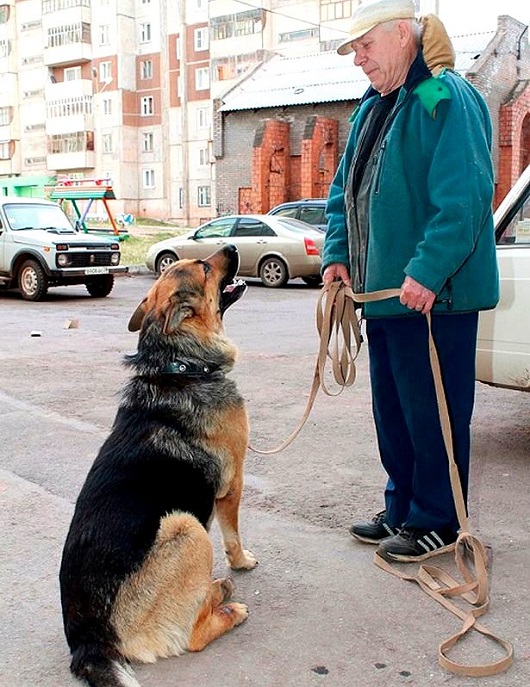 “I just could not do anymore walking, physically,” said Davydov. “So I went to a copy center and asked to print out a leaflet for me. I put it on a plaque and pinned Yan’s photo to it as well. I never expected there’d be so many kind people in our town – they all come up to me and talk, ask how it’s going, console me.”

Sadly, on April 1st, Davydov died. He went without ever knowing what happened to Yan.

One of the volunteers to find the senior dog, Daria Taraninoka, has started a social media campaign to raise money for his funeral.

“Dear members of the group. Our old man has died. The one about whom we worried most of all, Vladimir Davydov. The one whom we helped all together to search for his friend Yan. I think it is our common case – to help with his funeral.”

Over $1,100 has been raised so far. She hopes there will be enough to also purchase a small monument for the pair.

“I didn’t think people would respond so well, but they are emotional over the situation.”