According to the Dodo, when Pearl was first taken to the shelter, she was emaciated and had infections. She had been depressed after miscarrying a litter, a void that was partially filled when she became a surrogate to a motherless litter that arrived at the shelter. But Pearl still needed a loving home, and  through Love Mutts Rescue, Raschella and Marion fostered her. 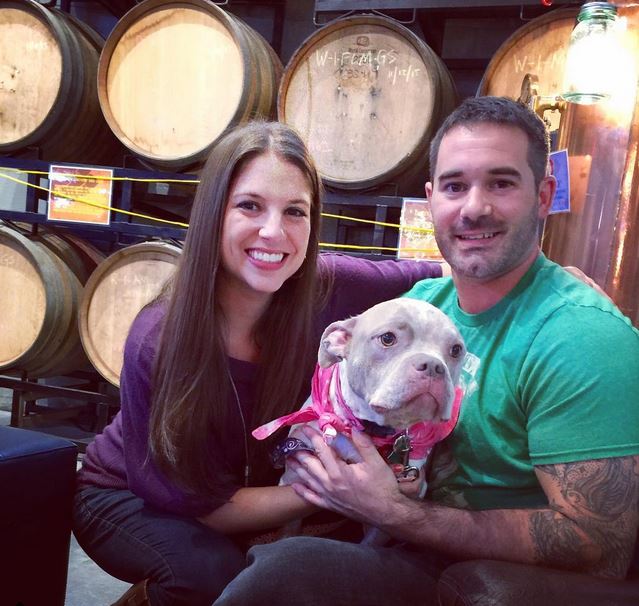 It wasn’t long before the couple knew that they wanted to make Pearl a permanent member of the family. But several months after adoption, Pearl began rapidly losing weight. Doctors were puzzled, and after getting multiple opinions, it was finally determined that she had EPI or Exocrine Pancreatic Insufficiency. This meant that she was lacking digestive enzymes, explaining her abrupt weight loss. 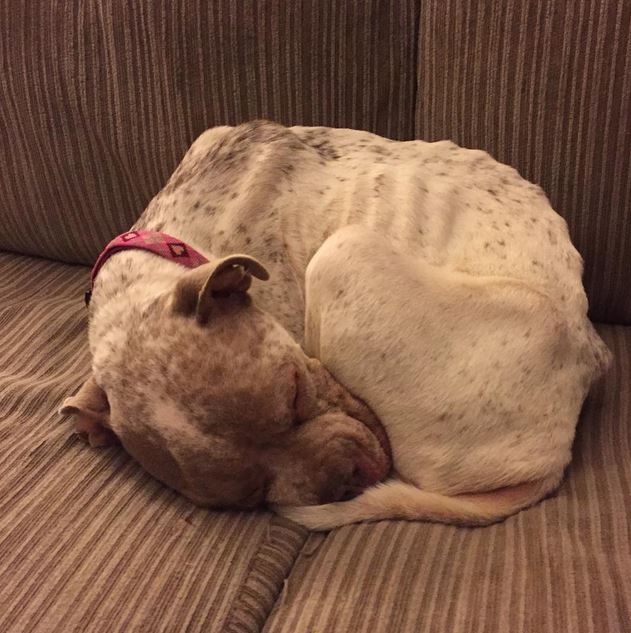 With the new diagnosis, Pearl was able to receive proper treatment, and now she’s on the upswing! Unfortunately, this was not without cost. Between treating infections, tests, and ICU stays, the soon-to-be-married couple told DeGeneres that they’ve forked over about $15,000-16,000 on Pearl’s care–but they never thought twice about it. 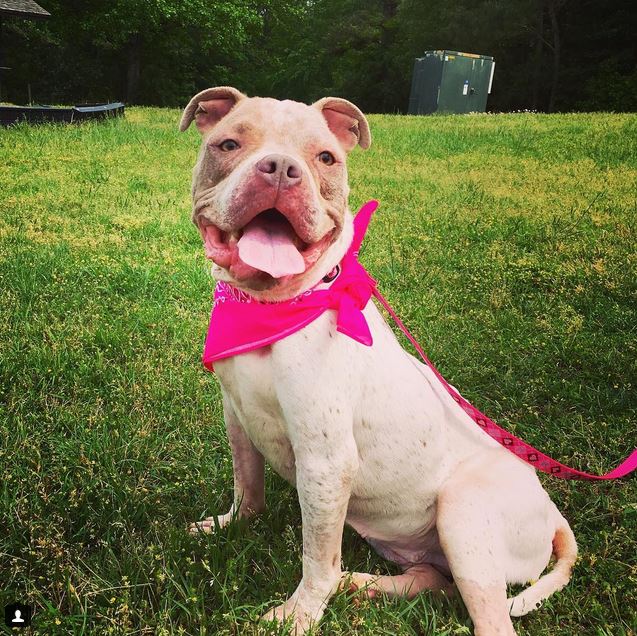 “We had decided from the very beginning that as long as she was not in pain and she was going to continue to fight, that we would fight for her,” Raschella said on the show.

When Marion’s young students learned of Pearl and her medical costs, they set up a lemonade stand and raised an impressive $120 to donate toward the pup’s care. This amazing gesture was not only incredibly generous, it caught the attention of Ellen DeGeneres, who invited the couple on to her show!