Ursula Daphne Aitchison and her puppy, Huxley, were getting ready for their flight from London to Ibiza. It was the pup’s very first flight, and in typical puppy fashion, he became bored very quickly. So he found a way to entertain himself and the other passengers! 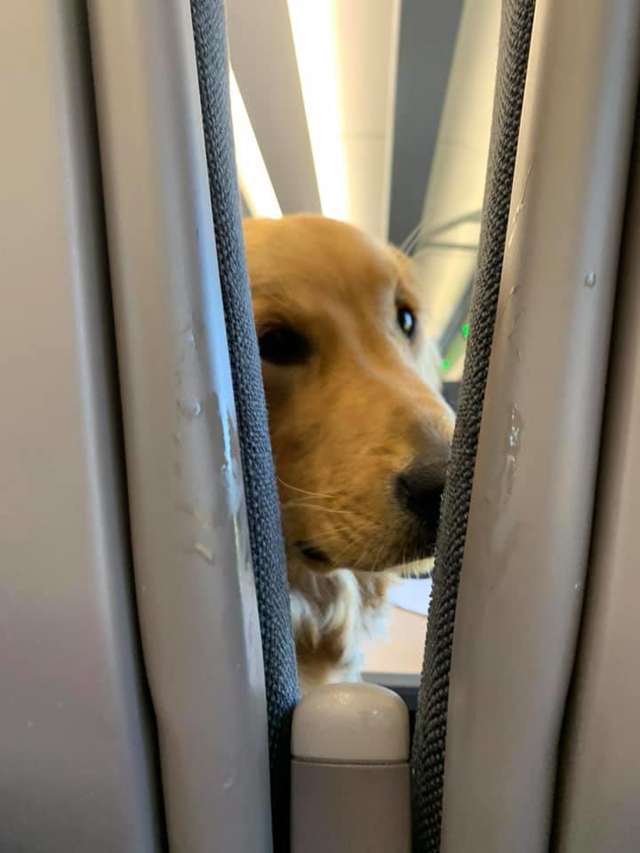 Huxley left his mom and went to sit next to the man in front of her. The man welcomed the pup who was content hanging out with his new friend until he heard his mom open up a snack. Mom started eating some crisps, and all of a sudden the dog’s attention was redirected back to his original seat. 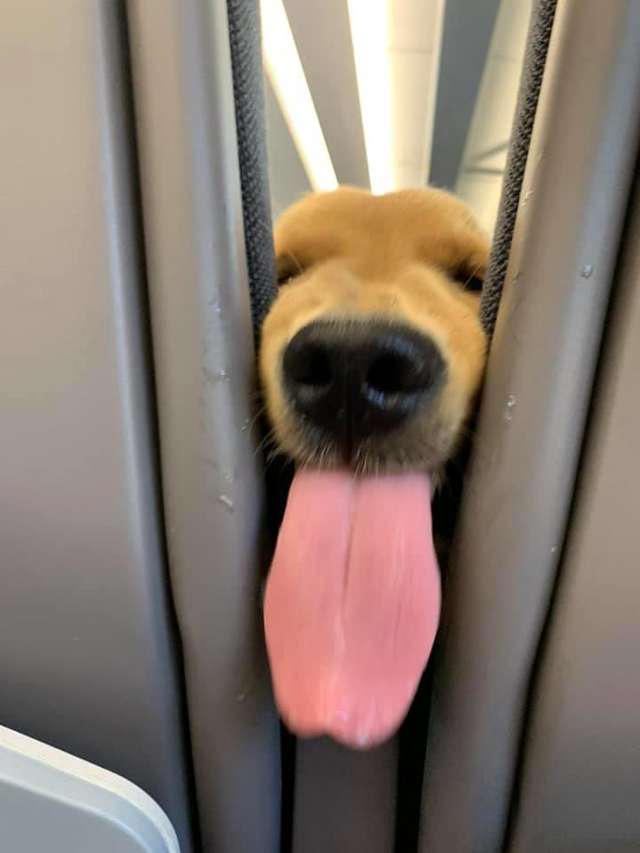 He proceeded to stick out his tongue and show his teeth hoping for a taste of the snack, and the passengers couldn’t help but laugh at the faces he was making! Mom posted the photos to Facebook where they received just as much love. 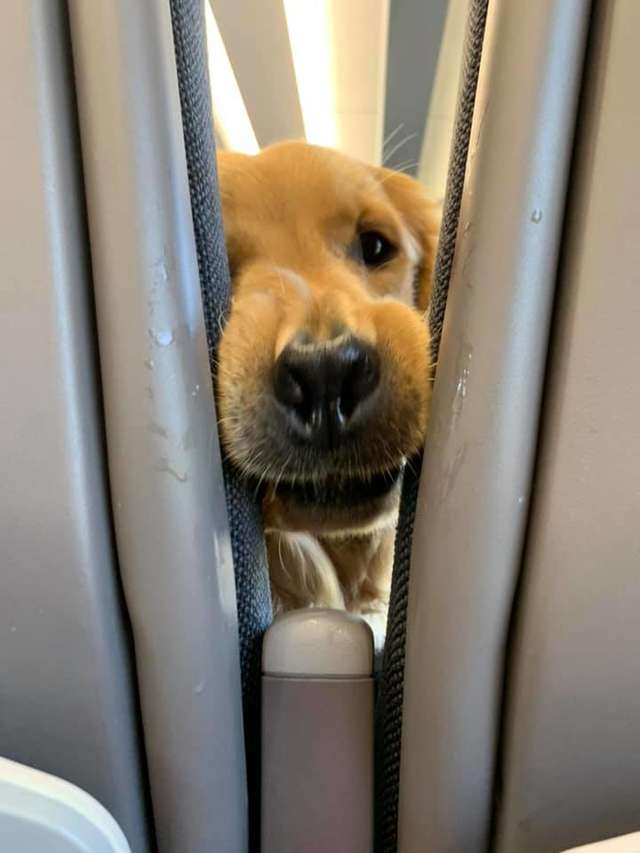 Huxley continued to make faces and entertain the passengers before once again becoming bored, and then the pup went back to making friends with everyone around him. How lucky for these people to be on a flight with this silly dog!