It’s time for you to meet the Houdini of the dog world. This is Gumby, a 7 year old hound who currently (and now permanently) lives at the Charleston Animal Society. Gumby is famous at the CAS. His most recent return there was the 11th time he’d arrived at their shelter. Over the past two years, Gumby has been adopted out 7 times, surrendered to the CAS 8 times, and was picked up as a stray 3 times. 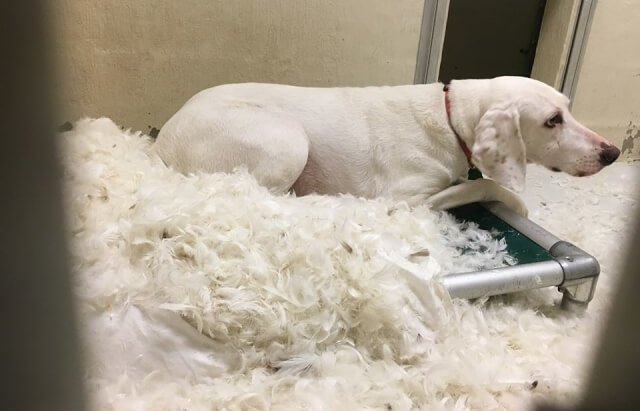 How does he do it? With hard work and determination. Gumby is an incredibly energetic and was likely a hunting dog before he first arrived at the CAS. Once there, the workers found him a good home and adopted him out. That lasted for 3 days. 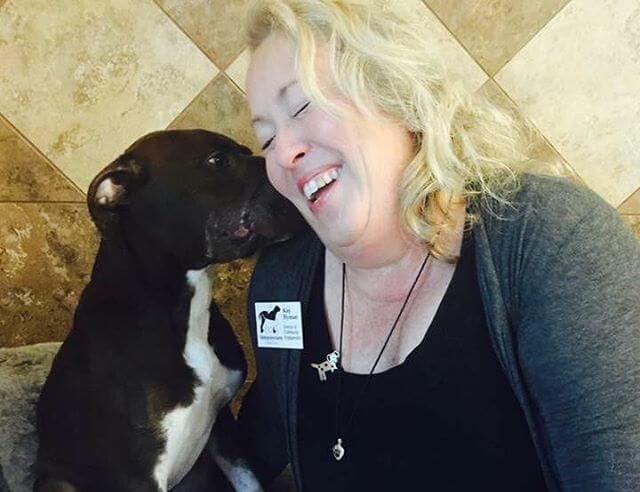 The second adoption lasted only 6. During his third adoption, Gumby showed up at the CAS 4 times, always from having been picked up on the streets after escaping from his home. Eventually his owner had to give up on Gumby. 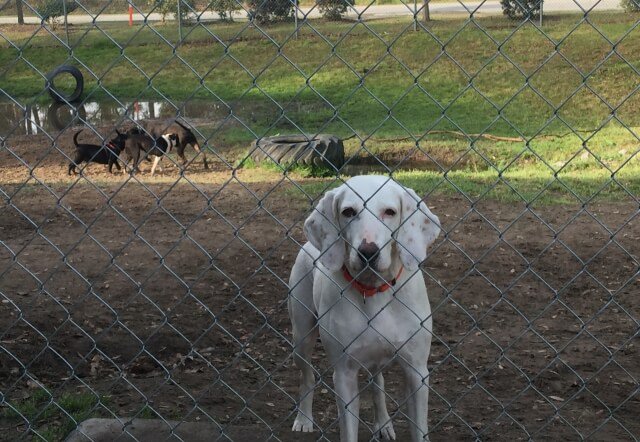