Allow us to introduce you to the new adorable doggy duo ready to put a smile on your face: The Blueboys.

The English Staffordshire terrier brothers love dressing up in cozy pajamas and cuddling up in front of the camera for their mom, Jennifer McLean. McLean and her fiancé adopted Darren from a breeder four years ago and a year later, he was joined by Phillip Clearly. These snuggly cuties, both runts of their litters, were meant to be siblings.

McLean, an amateur photographer, was inspired by the sweet boys’ habit of curling up together in their sleep. 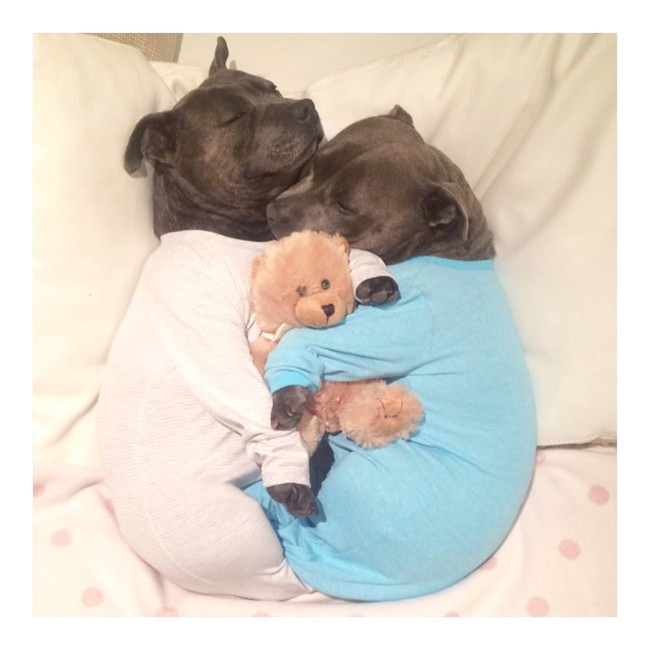 Initially only uploading photos to her personal Facebook, McLean says friends and family members were convinced she had somehow managed to coax them into the poses. 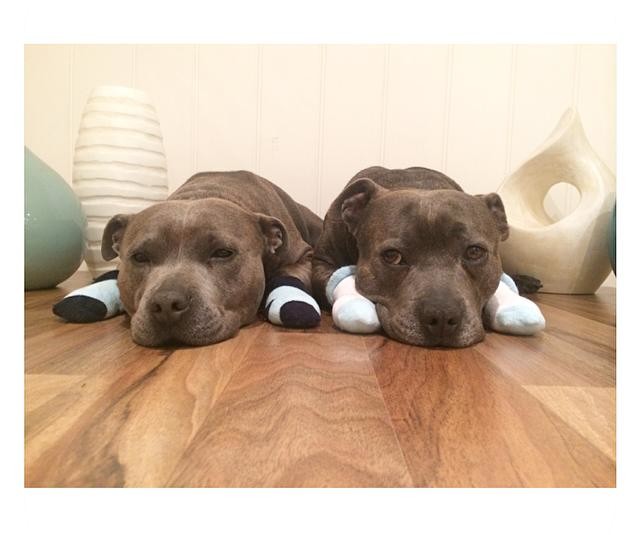 But she swears she just happens to catch the cuties being their own adorable, snuggly selves! 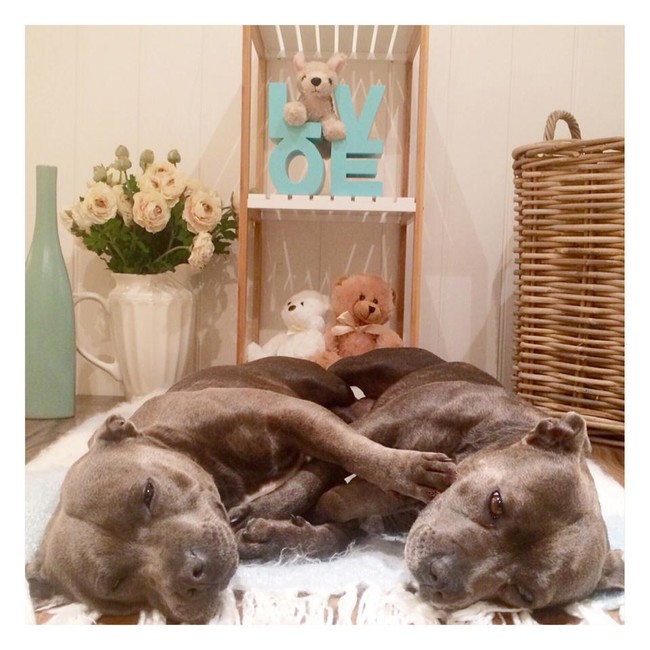 The puppy pair don’t like to be more than a few feet away from each other, even when the camera isn’t around. 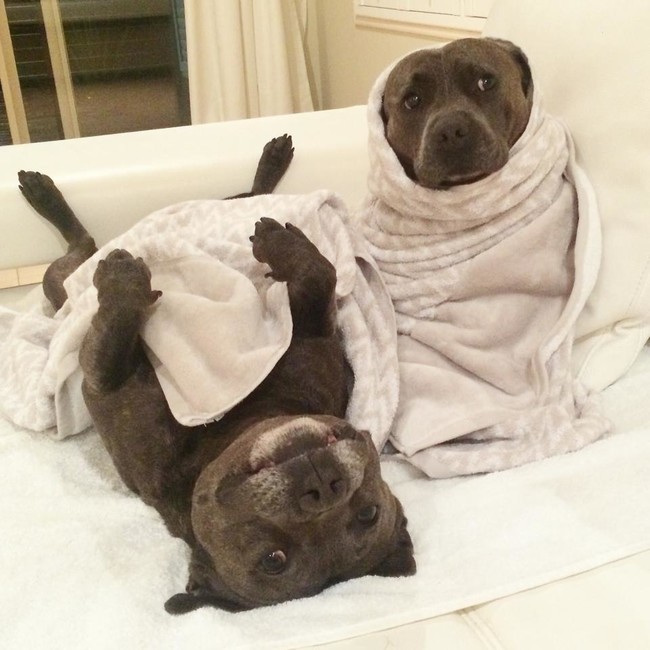 Though sometimes they take turns stealing the spotlight for a solo photo session. 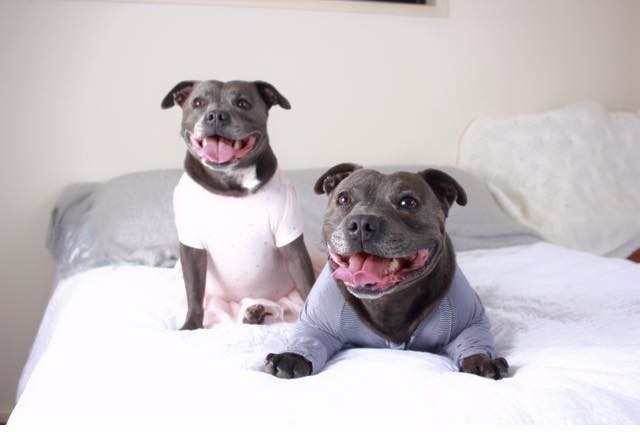 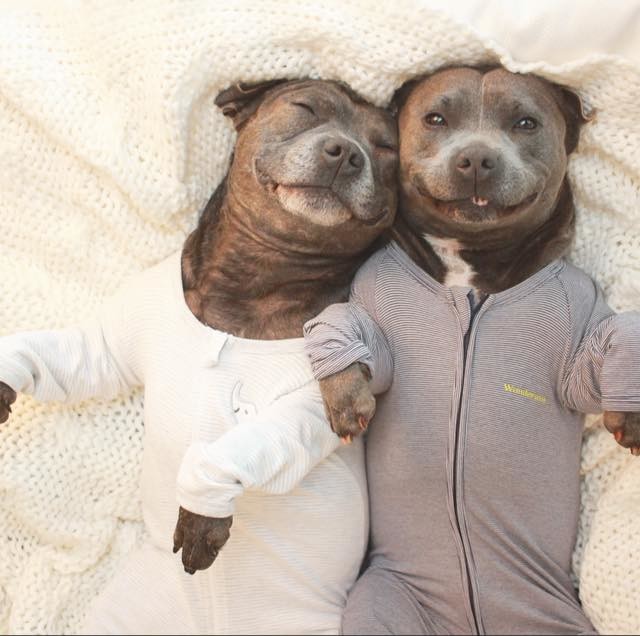 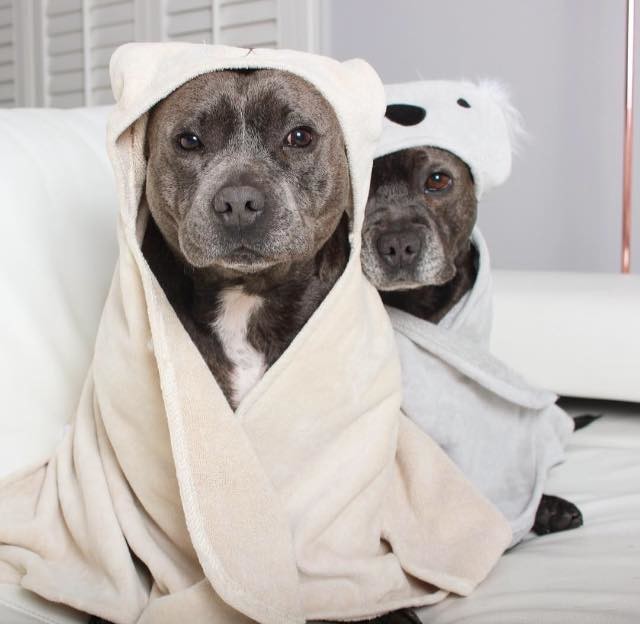 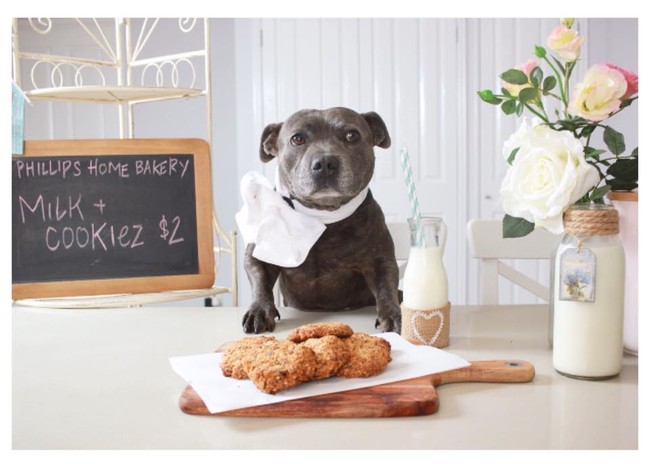 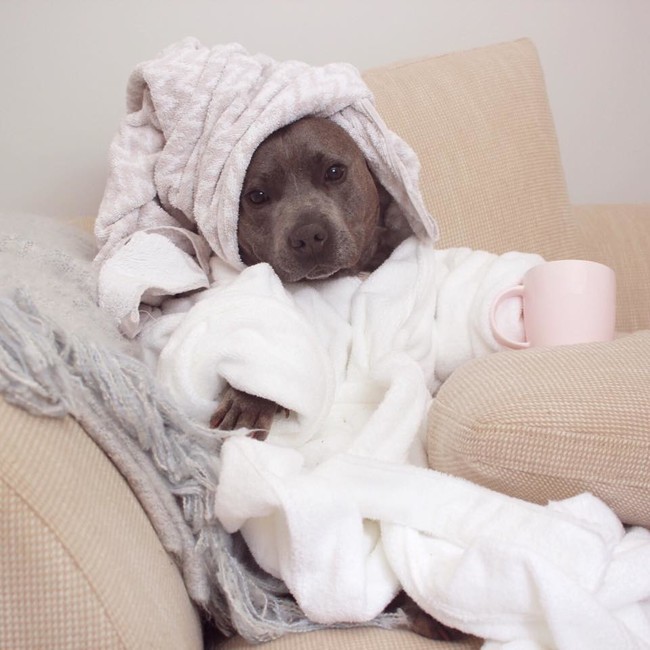