It was just another Sunday for the Laymon family as they were on their way home from church. But when they arrived, a disturbing scene was awaiting them. Their dog, Bruno, was bleeding out on the front porch. And beside him, a note from the Rogers County police department.

“While our family was away from home there was a disturbance at a neighbors house which resulted in a call to Rogers County Sheriff. The deputy who answered the call decided to come over to our house, but nobody was home,” said Angie said on Facebook. 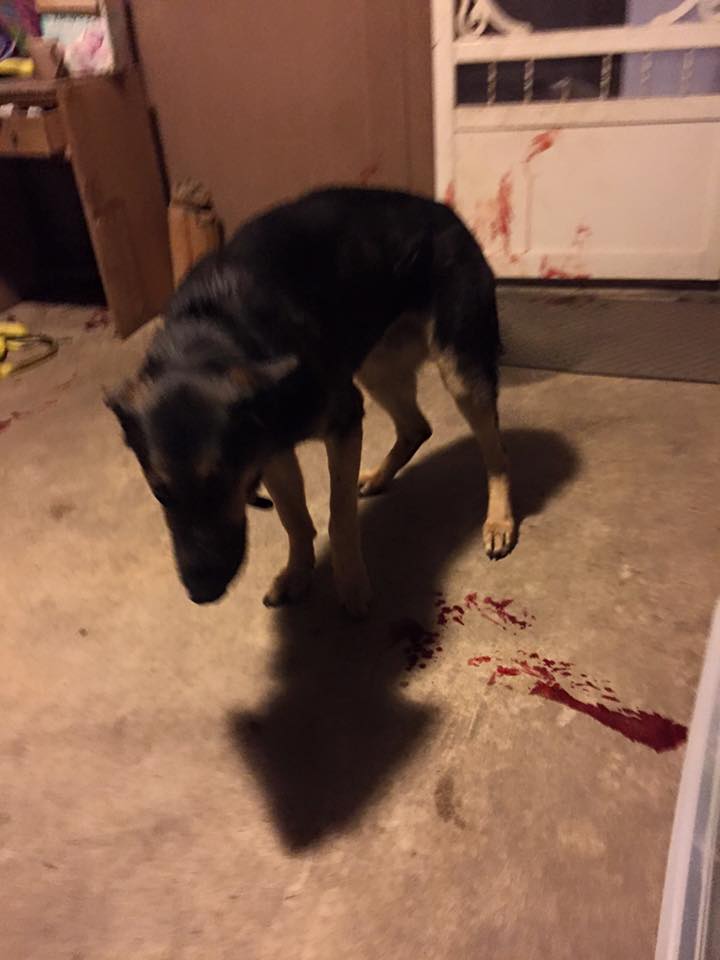 “The deputy encountered my German Shepard and disregarded the canine warning and continued to approach the house. Upon reaching the house, he felt threatened and shot my dog. Then he taped a note to the door to inform me that he shot my dog – and he left my dog bleeding out on the porch.”

The Rogers County police told Fox23 News that they attempted to contact the family but couldn’t reach them. No explanation was offered as to why no medical attention was sought for Bruno. 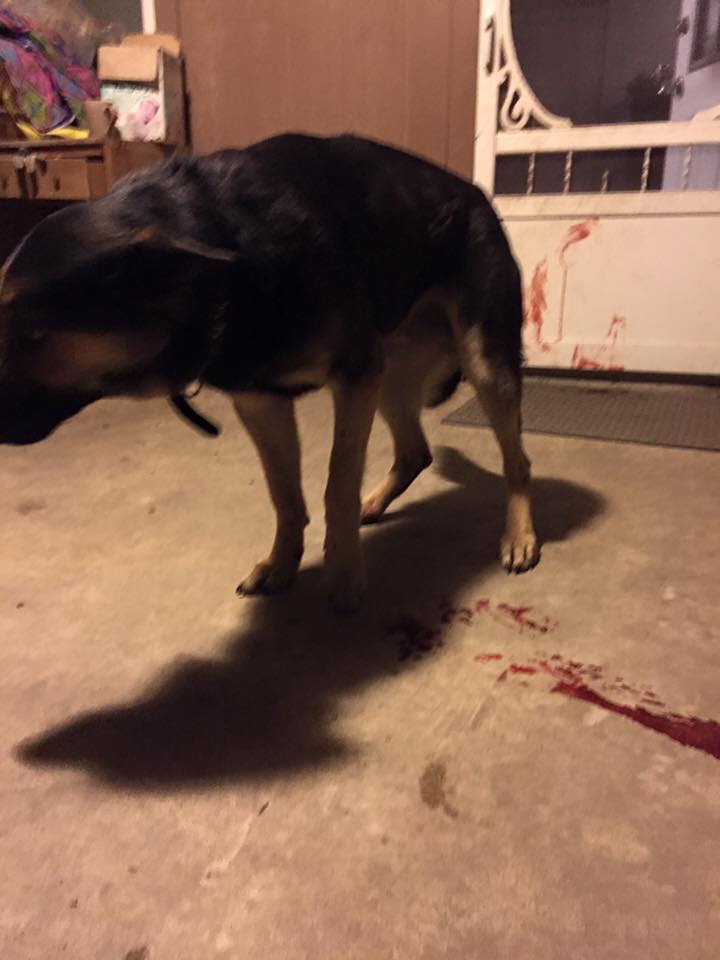 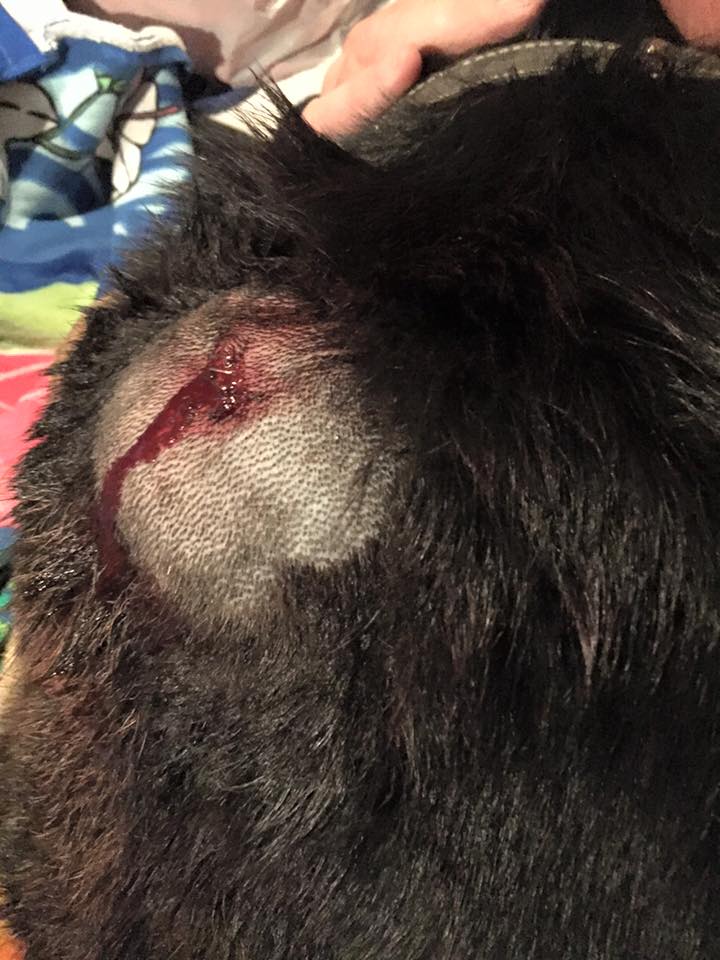 Angie continued on Facebook, “Senseless…unnecessary…avoidable. The dog was 100 yards or better in the interior of my property doing his job. Now it will take thousands of dollars for surgery to remove the bullet and save his life.

“The deputy had multiple options at his disposal….get back in his car, use mace, get medical care for the injured animal that was suffering.”

“I think he believes he gets to go home now…..wish this journey wasn’t so tough on him” 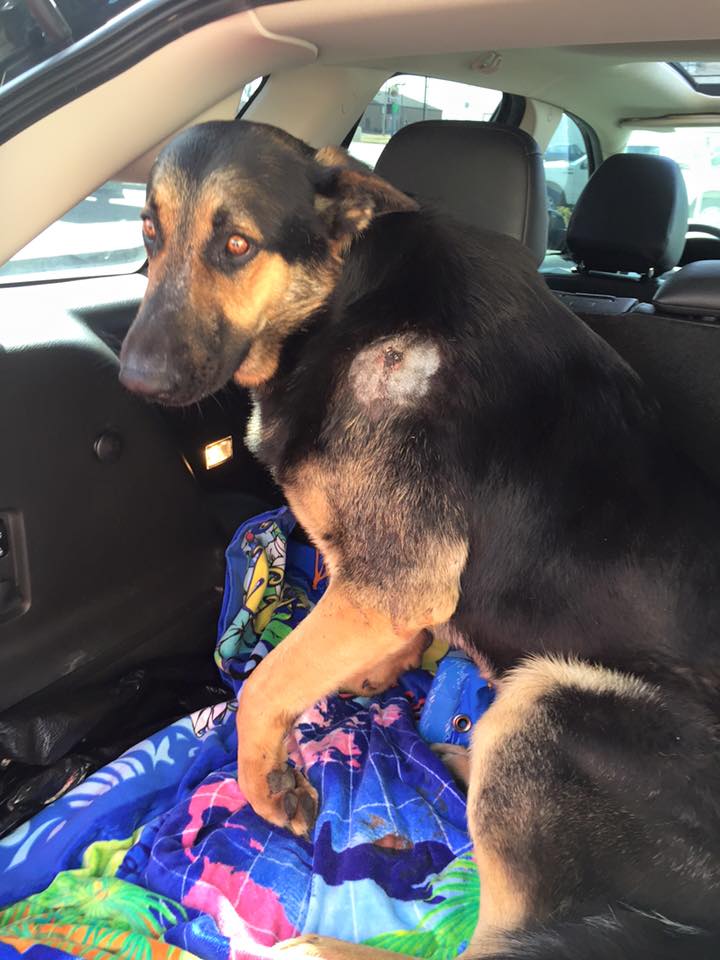 “Thousands of people are heartsick at what has been done to Bruno. It is horrible, it is tragic, it is heartbreaking for my children to have witnessed it,” she said. “But what if someone decides to take revenge? What if someone takes the name that I share and takes justice into their own hands. What if another senseless tragedy follows the first?

“I do want Rogers County to take a good hard look at protocol and realize that pets are family members and that this should have been avoided. We truly hope that this brings about change. We would like to see each and every officer of the law receive training on how to deal with pets and animals – especially when they are on private property. We want to open their eyes to know that these are not just pets – they are members of the family. We want there to be protocol on support and treatment when an officer wounds an animal – something more than leaving it on the porch to bleed out with a simple note stating the obvious.”

The family was originally told there was a 50/50 chance Bruno would make it. Although the family was worried they wouldn’t have money for the surgery, they were eventually able to pull it together. Bruno lost his leg, but he survived.

It seems as if someone has some explaining to do here…