There are a couple of things we know about kids and I think they all share those traits. First of all, they hate doing chores, and secondly, they love animals. It seems that those two can go hand in hand, as we see with this story out of Brasil.

Taysa had a chore to do. Her mother, Rhany Christo, asked her to go bring the mats inside. They were being dried on a line and she didn’t want them left on the ground. Fortunately, for Taysa, the family dog was there to help. Lassye wasn’t able to pull down the mats but she did stand there and allow Taysa to drape the mats over her back as she removed them from the line.

When you stop to think about it, this is more than just a matter of a well-trained pet. It is also evidence of the ingenuity that this little girl has. 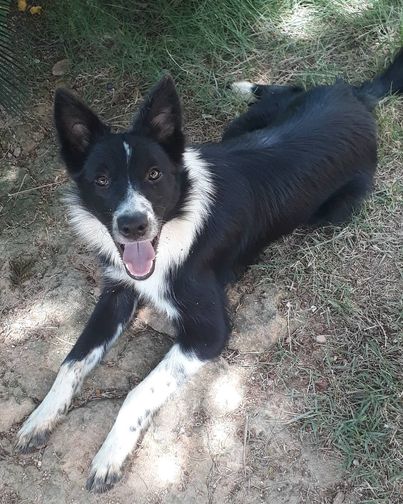 When Rhany looked out her window, she saw it all unfolding so she grabbed her camera. It wasn’t just to have a memory, it was to share it with the world. Since she uploaded it, the video has been shared tens of thousands of times.

When speaking with The Dodo, Rhany said she was surprised to see Lassye with the mats draped over her but she felt the dog was more than happy to help.

The video shows the dog standing with multiple mats on her back while Taysa continues to add to them as they went down the line. When she was back inside, she was able to grab the bundle easily.

After she got the final mat, she leaned down to say something to the dog. Nobody is sure what advice she gave the pup but it was probably just a word of praise.

The family has another dog, Pacoca, but that pooch was happy just to stand back and supervise. You can see Pacoca at the end of the video and it’s almost like they were congratulating their canine companion for doing a great job.