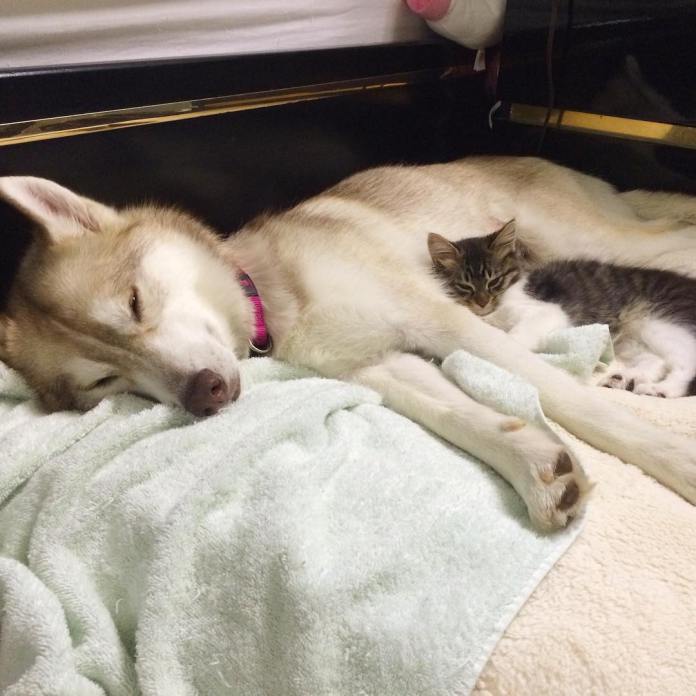 Lilo’s family discovered Rosie at only 3 weeks old. The little kitten had no home and was extremely close to death, and Lilo and her family knew they had to step in and help. Taking the kitten into their home, Lilo the Husky acted as a surrogate mom, taking care of the kitten and helping her to regain her strength. Rosie, in turn, loved Lilo like a real mother, deriving comfort from their time spent together.

Lilo and Rosie’s incredible relationship was captured on video and posted to YouTube where it has received more than 6.3 MILLION views. In the description of the video, the family tells their story, writing: “Lilo the Siberian husky is a wonderful surrogate to our new foster, little Rosie. Rosie was really lethargic and unresponsive after the first night. So we decided to let her cuddle extensively with Lilo (the husky).”

“Lilo has always had an innate motherly instinct, but she really surprised us when she went full surrogate mode! Even letting Rosie suckle on her and stimulating her to eliminate! Lilo has never had puppies of her own, and never will. But motherhood may just be her calling 🙂 “ 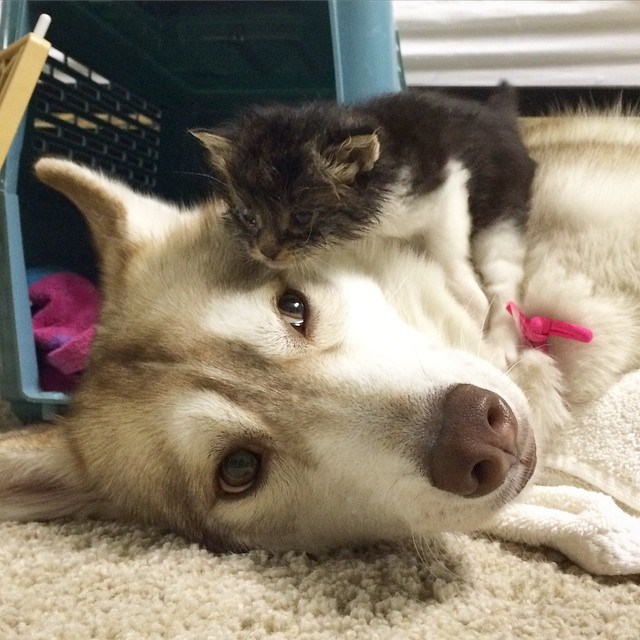 According to Jenny Holland, author of the 2011 book Unlikely Friendships, these interspecies animal relationships aren’t as rare as people assume. In her book, she describes cases of a dog nursing a baby squirrel, apes that took on cats as their infants, a dog that watched over a baby owl, and a cat who formed a loving friendship with an iguana. 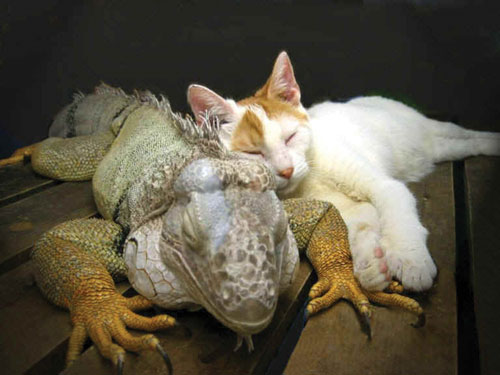 In regards to why animals form these bizarre (and adorable) friendships, Holland told National Geographic, “I did talk to animal behaviorists, and in most cases context is important. Animals in captivity, when put together, tend to bond. That’s perhaps not terribly surprising.”

“Sometimes, the loss of a parent or baby may have spurred one animal to offer affection to another. And some [relationships] aren’t easily explained, so I think they are just about enjoying companionship, similar to the way humans do.”

Rosie has now grown into an adult cat and remains extremely close with Lilo and the other members of her family. In this video, you see the two of them playing, all grown up and just as bonded as ever!